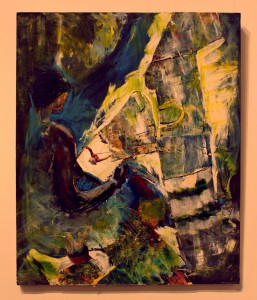 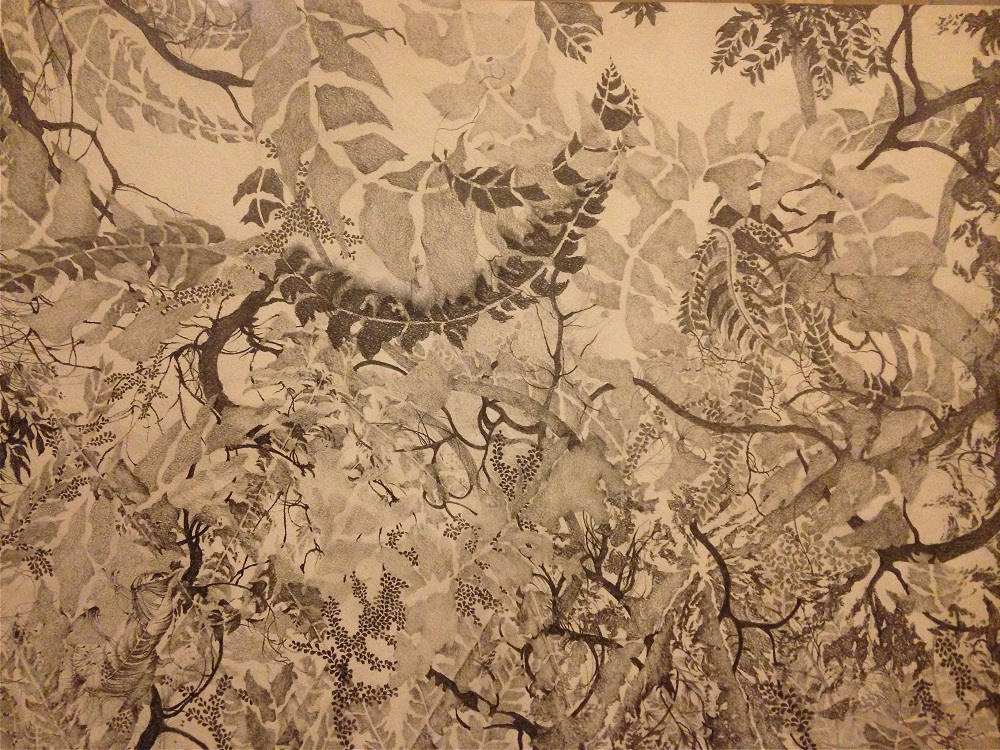 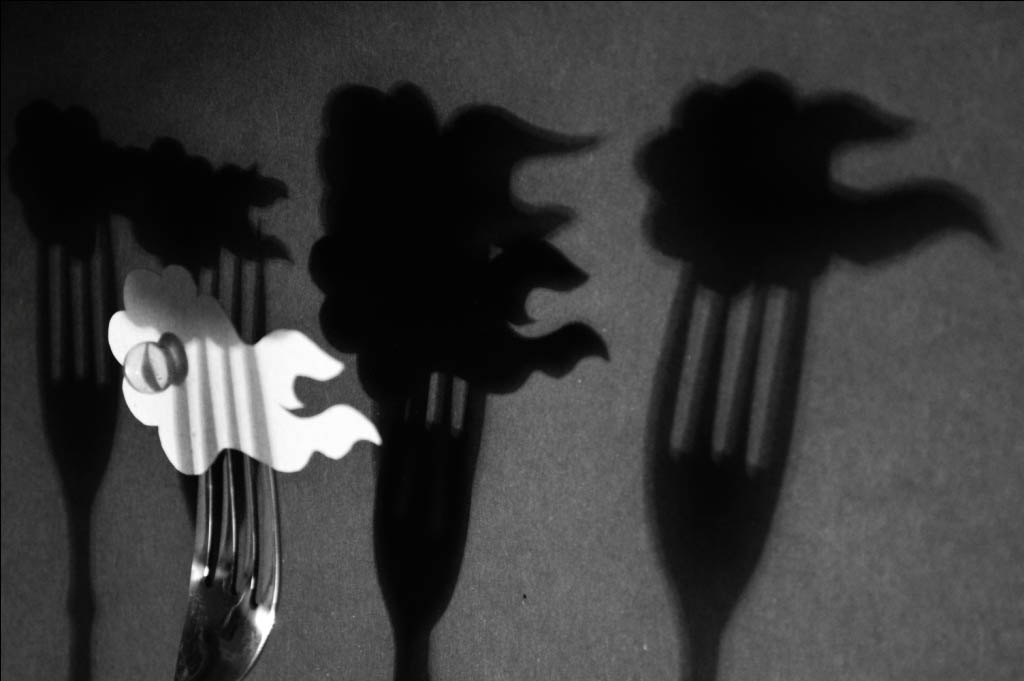 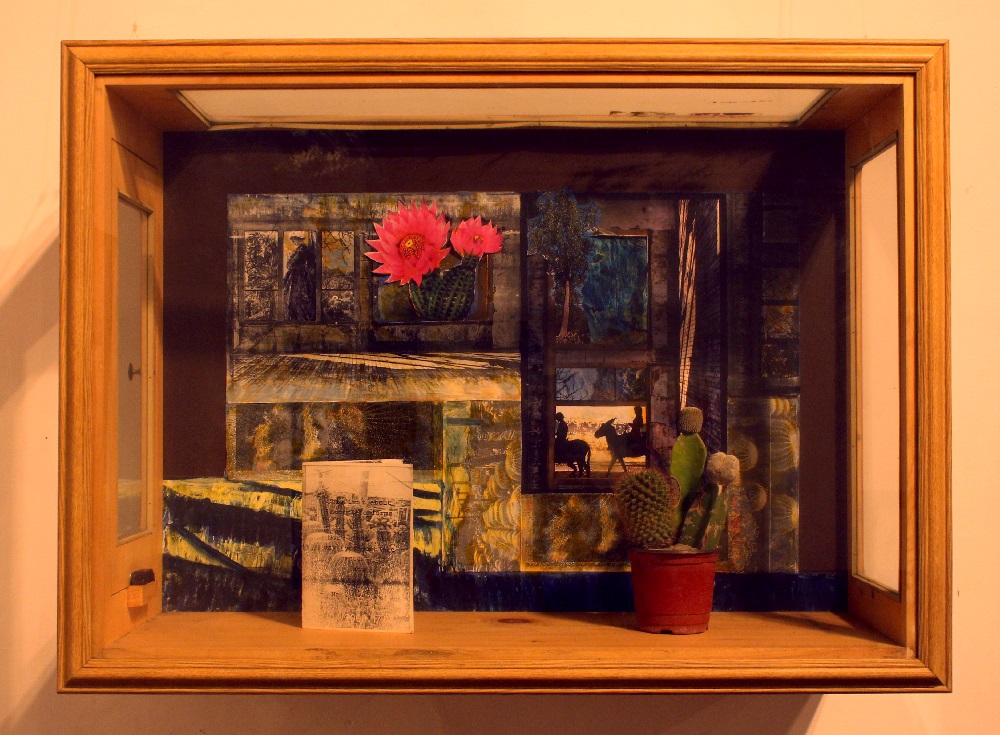 Making the Meaning of Art

Installation art is difficult to describe. It is created at a specific space and is constructed incorporating materials or physical features of a site, yet it is difficult to differentiate it from real life situations. For example, in our surroundings, I can see several arrangements that may look like the works of installation artists, but in reality are objects collected and stored for some other, more practical reasons.

The recently held exhibition ‘In Making’ at Zahoor ul Akhlaq Gallery, NCA, brings this question to viewers as well as participants of the show, which was curated by Aamna Hussain. In this exhibition, several artists’ works were displayed, showcasing their diverse techniques and different ideas. There were paintings, sculptures, digital prints, mixed media and installations. Yet all these signified the power of artists who believe in the art as a process rather then a finished product (as was suggested by the name of exhibition).

The sole sculpture included in the exhibition was a fireplace made by Safdar Ali. This free-standing piece looked as if were made in wood that had become coal after going through a fire. A contradiction in the connection of fire, fireplace and wood was easily picked by looking at the work, as the artist tried to present an impossibility through his sculpture, since usually, burnt wood does not survive as one object but soon disintegrates into ashes. The other works that were built on variations and contradictions were by Sehr Jalil. In her paintings encased in a box, different representations of cactus were presented, starting from a photograph of the plant, to a painted section of its surface and textures to an actual pot with cactus growing in it. In that way, the work reminded one of Joseph Kosuth’s famous One and Three Chairs, in which a real chair is placed next to a picture of a chair and the dictionary definition of “chair”.

A preference for conceptual works was witnessed in the prints of Zohreen Murtaza, in which moving glimpses of ordinary articles were captured. Titled The Fleeting Thoughts Series, her digital prints depicted a fork and watch, caught as if in a breeze with the shadow of moving clouds. The pictorial sophistication of the work and minimal imagery made her works unusual and impressive.

The exhibition included a number of paintings too, by Emaan Sheikh and Qadir Jhatial. Emaan displayed a number of canvases portraying the poetic scenes, which consisted of trees, sky and wintry atmosphere, whereas Qadir made paintings in flat colours. Human figures, space and objects were drawn with daring and unexpected shades. His decision to use hues that normally do not harmonize with each other added an element of surprise and experimentation.

Another participant, Suleman Khilji, displayed an installation in the exhibition. This work appeared to be a very personalized piece as he placed his personal belongings, especially sculptures and art-based books on the book shelf. A tag board was placed with it and an empty big blue polythene bag was hung high above, attached to the wall of the gallery. It gave a nostalgic feeling as blue is associated with the need for peace, harmony and spirituality.

Along with that, in another part of the installation, a glass vase was put on top of the book shelf with dry leaves in it as if someone has left it years ago. One carved relief sculpture was placed on the right top corner of the same book rack and small clay sculptures occupied the lower section. The placement of the books seemed random because half of the books were coming out of the shelf, as if somebody had taken them out and then put them back in a hurry. There was also a yellow triangular sculpture placed on left corner of the rack. Other small abstract crumpled papers were left in the background behind the books, one of which had the title “This Means Nothing”, an indication that artist may have wanted to comment upon the custom of reading meaning into every art work.

Towards the left of the tag board, the wall was framed with glass and covered with the artist’s childhood drawings, with images of a boy and copies of Botticelli’s paintings, along with text on a paper that said “keep moving”. One gathers that the work had a private context, bringing out a segment of the artist’s studio into the gallery space. There was no sociopolitical concern shown through the work and in fact showed the absence of that particular artist who was present here some time ago. It also gave a feeling of the artist’s room or studio, which is a place to produce work, but can not be separated from an artist’s ideas or his images. As the installation was an attempt to present the studio as art, some people were unable to relate to this kind of aesthetic, but it left a certain impact on the viewer and raised many questions for a reviewer.

‘In Making’ ran at the Zahoor ul Akhlaq Gallery at National College of Arts, Lahore, from 1-7 June 2015.

Sehrish Rafique is a visual artist currently living in Lahore and pursuing her M.A. in Visual Arts.