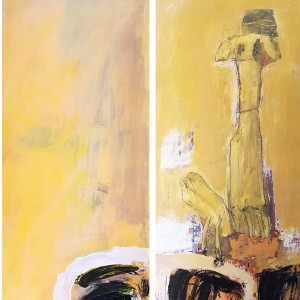 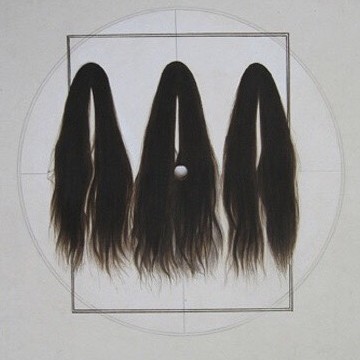 Moving through time, speaking to mythology and creating a new sense of reality, is the journey you take when walking through the show ‘Body Language’. A group exhibition of nineteen artists that opened on the 12th of April at Royaat Gallery in Lahore. In the words of the curator Quddus Mirza, “it brought works of different generations, genders, backgrounds, experiences together to witness how the body is still a relative, remarkable and revered subject for artists of Pakistan, despite of their varying positions, and points of views.”

In a carefully selected show of artworks, however different in form and time periods from one another, the human body is used as a common thread for understanding the world and the different facets of identity such as gender, sexuality, race or ethnicity. We see how these artists have pushed the body through multiple mediums and degrees of abstraction in order to exploit its potential to not just celebrate life, but have also used it as a tool to talk about the human condition.

Salima Hashmi’s works on paper allude to female sexuality and fragility through delicate mark making and collaging of ‘veils’ of transparent materials and ‘stains’ of yellow and red pigment. Made in General Zia-ul Haq’s era of censorship, a time when women were forced out of sight and Islamization was being used to cover their physical presence, her subtle works of great resistance spoke through the irrefutable female body. In the same strain, however, we also have Jamil Baloch’s centrally placed and life sized sculpture “Mirror”. One is at once struck by the irony and satire of the work. The sculpture presents the wounded and the rescuer as the same person, both blind-folded and engaged in a cycle of futility, commenting on the current social and political condition of society. Where the former is an awakening of Adonis, Greek god of fertility, referring to the resilience of women in society, the latter uses the body as a metaphor to comment on the violent state of affairs that man inflicts on himself.

These ideas of gender, power and politics also resonate with the works of Saima Munawar in a playful yet disconcerting use of the image of long black human hair, associated with ideals of femininity and beauty. However, the hair takes on a life of its own through its vaginal form and refers to the sexualization of women through the absence of an actual female body. Similarly, Scheherzade Junejo’s “Breaking the internet” and Mohammad Zeeshan’s “Let’s Yawn” are surrealist takes on the female body that are both ideal and absurd. Perceptions are also played with in the works of Amber Hammad where she inserts multiples of her own photographs into her work, in the quest towards a fluid idea of the ‘self’.

While works of Dua Abbas, Colin David and Ozzir Zuby celebrate the sensuality and beauty of the female body through idealizing the mundane moments of individuals, the works of Afshar Malik and Anwar Saeed invite the viewers into the inner realms of the human psyche through creating otherworldly images. These images explore private moments of contemplation and human desires making the human more accessible and letting the personal be the political.

Speaking through the canons of Western art history artists Sana Kazi, Kiran Saleem and Ahmed Ali Manganhar reinterpret historical imgaes and create their own narratives. Sana Kazi’s poetic depiction of the figure through the classical representation of Michelangelo’s “The Creation of Adam” is imbued with her own understanding of Islam and how she conveys the essence of Sufism through a reinterpretation of existing religious iconography. While Kiran Saleem’s sculpture “Untitled” is a fourteen-inch black reproduction of the Greek sculpture “Aphrodite of Melos” made by Praxiteles. The image of the original sculpture has been used on hundreds of products as a symbol of beauty and a standard of ideal perfection. Saleem creates her own original version of it by changing its scale and color. Manganhar on the other hand paints images that exist in our collective memories that come from cinema and art history. He engages with these image and creates ephemeral works on slates that relate back to his own childhood memories.

Where Mian Ijaz ul Hassan’s “Fitna” is an embodiment of the evil potential of the human psyche and not just the idealized notion of beauty associated with the human figure, we also have the quiet wonders of Mehr Afroz, Sadaf Naeem and Nausheen Saeed. While Afroz’s female nude keeps one mesmerized by looking out at the viewer with a gaze that is alluring but defiant, Naeem and Saeed’s works speak of struggles of loneliness and escapism for women, through the removal of the female figure.

The work that shies away from a direct representation of the human form then is Rabeya Jalil’s “Animal Thing-II”. The work doesn’t abstract the human body, rather it abstracts human perception and encourages the viewer to open up to the idea of the human figure through a process of looking rather than depiction.

The human figure has been widely explored as a form since the beginning of civilization and revered as an ideal of beauty universally. Thus, “Body Language”, in bringing together some of the most diverse approaches which exploit the potential of the figure today, points out how it continues to be a vital component in depicting the human condition, while unravelling endless possibilities in both form and content.