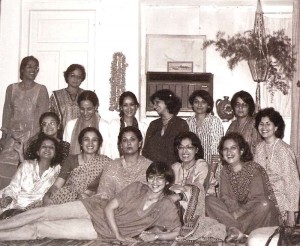 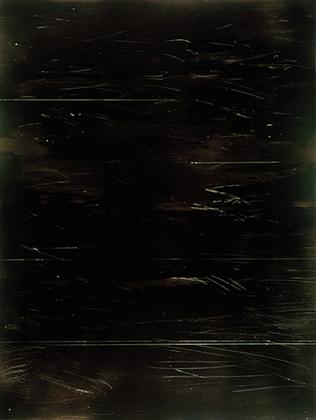 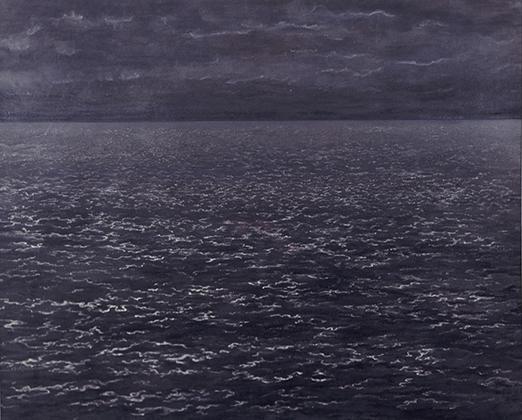 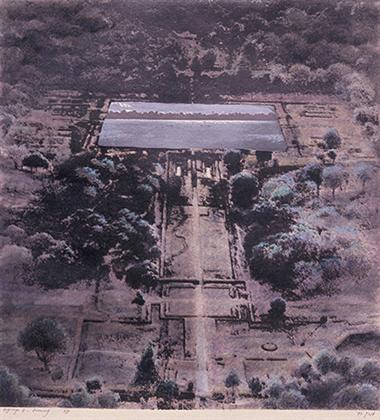 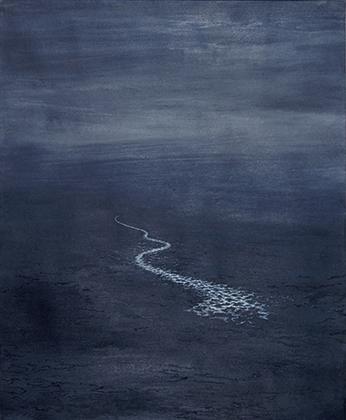 by Sehr Jalil Raja
This is Lahore, 1982, and a group of fifteen jovial women pose for the camera – 1982: General Zia ul-Haq’s regime, i.e., the time when the anti-women laws were established. There’s laughter, there are smiles, there’s liberation; of like-mindedness but the salient feature of this photograph as I read is undying, maddening – power. The photograph was taken at the Women’s Action Forum, WAF’s national convention. The WAF which was in direct response to the inequity of the prevalent system went on relentlessly for its cause of justice for all the years to come – it nurtured women of substance from entrepreneurs and educationists to more…
Lala Rukh (center space/on the ground) with the short haircut that she has maintained till now and her pair of glasses, seems like the fulcrum of this group of confident ladies. She covers (almost) the entire foreground of the photograph, she chooses to be at the forefront. ..
The scope is endless and although the sense of horizon prevails because of the larger foreground I cannot differentiate between the sky and the sea, the clouds or the waves. They stand together and alone. Artist, minimalist, activist and feminist, Rukh has been infinitely true to her ideology. Her drawings and photographic works are simplistic in form yet the magnanimity is such that rivers within oceans stream on paper… “Rukh is the pioneer of photographic, minimalist tradition” Blackness is the environment of the work but lightness steps forward. Earlier director and founder of the National College of Arts MA Visual Arts department, cofounder All Pakistan Music Conference (1960), Women’s action forum 1981 and Vasl artists trust (2000), Rukh has been looking at horizons and impossibilities throughout her practice. She has done it with poise, like the ocean – there was noise only where it mattered. The visuals stretch beyond (I may say) even the mind’s eye. It’s a travelogue of ‘nothingness’, fulfilment and resurrection… Rukh’s surface is her medium, from acrylic and carbon paper, to photographic paper and serigraph print – there is no separation of form and content, structure and substance.
The artist’s observations as true to her imagery don’t hold tangible parameters. Her serigraph prints depict the ancient city’s water gardens at different times of the day. It is environment in its wholeness, through the gradient/shift of time. What is borrowed and what is left behind and how invisibility and visibility play games with each other – all is seen in the dawn and dusk Sigiria 11 prints where the ancient city’s water gardens are a constant through a day’s images.
Defying inequality has been her purpose – and so drawing a balance comes in. The visual titled mirror image is a 1997 work where two newsprints, equal images are pasted on graph paper. There’s parallel confrontation. Babri Mosque (destroyed in 1992 by Indian fundamentalists) and a Hindu temple (violently demolished in Pakistan as a response) are somewhere camouflaged in a permanent blackness. This is activism on paper.
The artist is a devotee of nature and has found meaning in particles, points and shapes….to oblivion and transcendence. Through her life, ‘less’ has been the supreme answer to more. Water knows which lines can take it to the sky…
Sound is the sublime of free space. From our ECG’s; the systematic ‘rhythm of the heart’ to waves of waves, from overlapping of shrieks to echoes in distance – Rukh has touched all in her visuals. Hieroglyphics IV and V take the square angled qat (one unit of measure) that is the beginning and cord of calligraphic writing, its form and size and compose it with the fixed rhythmic patterns of south Asian Raga on carbon paper. So in retrospect Lala Rukh’s deep-rooted affiliation with calligraphy and music is unified and hence taken to the point – where a visual begins to play its own music.
I was at this aftaar-meeting (in a local restaurant) yesterday with a group of artists/activists from a collective I’m a part of. I opened the menu and we laughed a bit at this section of drinks(normal juices) titled ‘Detox drinks’ and the tagline with it that promised a cleansed/detoxified body. ‘Detoxification’ is the latest and ‘in’ thing nowadays and strangely while sitting there I thought about this person/artist and the piece I was writing on her… I smirked in my mind. If we have to search for the antithesis of excess baggage and actual detoxification of character, Lala Rukh maybe the definition. A life that stands for what it stands – does what it does and carves, paints, draws the lines that make the real mark; where light becomes visible in-between all that is around it.
All work images courtesy of Grey Noise Gallery.
Sehr Jalil Raja is a visual artist and writer based in Lahore (BFA, NCA 2006) and (MA HonsVisual Arts, NCA 2015), She is currently teaching at NCA and The City School.
REFERENCES
“New Art from Pakistan Press « Thomas Erben Gallery – New York, NY.” Thomas Erben Gallery New York NY. 2010. Accessed June 20, 2015.
“Women’s Action Forum National Convention, Lahore 1982.” Connecting the Dots. November 17, 2006. Accessed June 20, 2015.
“The Painter and the Sea.” The Painter and the Sea. Accessed June 20, 2015.
“Pakistan.” The Stunning World of ‘s Minimalist Art. Accessed June 15, 2015.
“Nazreen Sansoni.” Nazreen Sansoni. Accessed June 27, 2015.
“Artist Gallery | GreyNoise.” Artist Gallery | GreyNoise. Accessed June 16, 2015.
“Lala Rukh, Sharjah Art Museum. Sharjah Biennial 12.” Lala Rukh, Sharjah Art Museum. Sharjah Biennial 12. Accessed June 27, 2015.
– See more at: http://www.artnowpakistan.com/articles.php?article=Lala-Rukh:-A-Visual-Synopsis#sthash.IhDGHxsz.dpuf