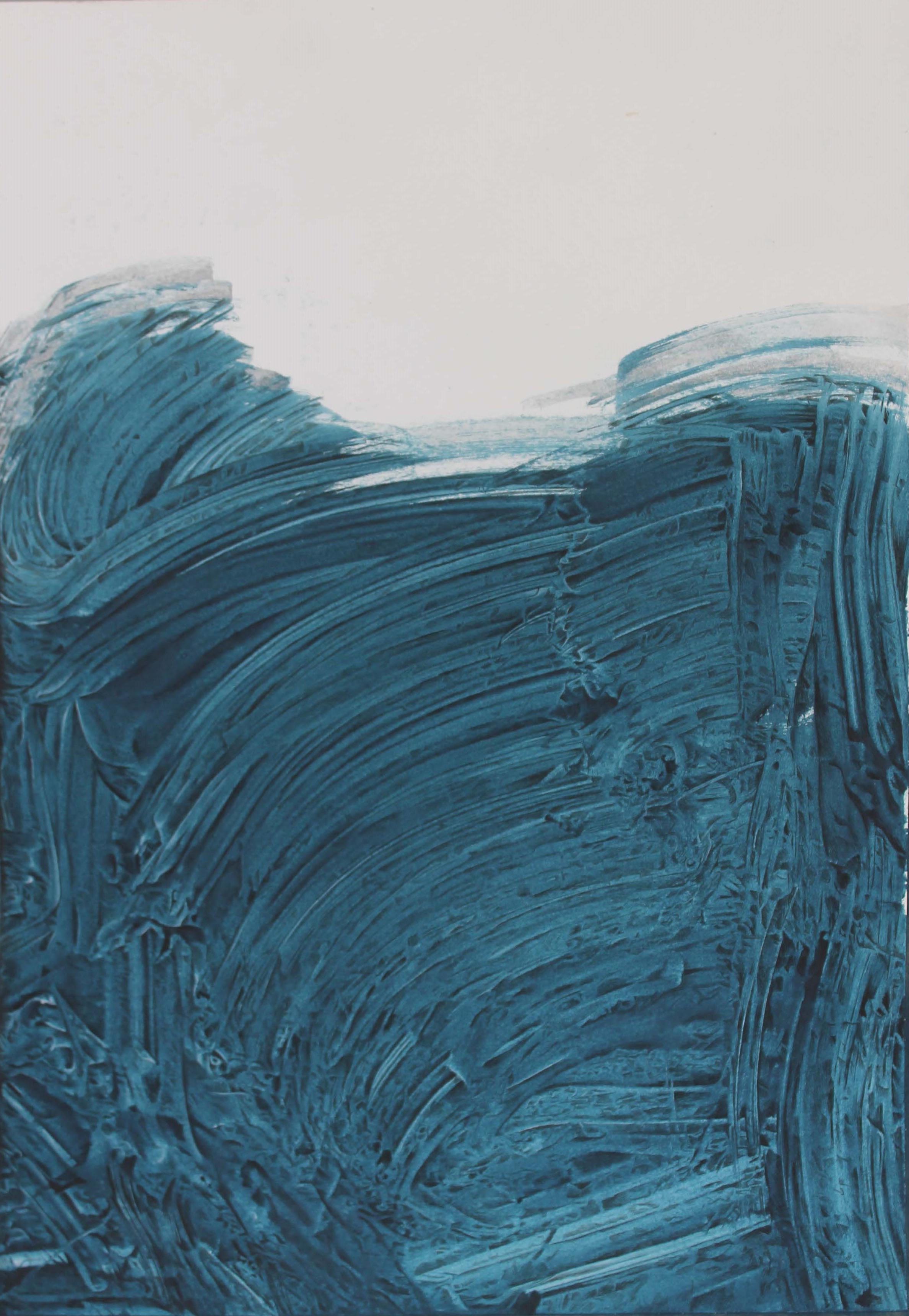 When reflecting on art, we start off with its basic fundamental factors that help shape not only art but every existing and nonexistent form of matter

New Memories of Moeen Faruqi
Participation issues: What really belongs to the viewers in an art exhibition?
Dolls Don’t Lie

When reflecting on art, we start off with its basic fundamental factors that help shape not only art but every existing and nonexistent form of matter around us. Keeping in mind their individual concerns, a group of four artists have decided to take forward the basic fundamentals of art that are the dot, line, shape and abstraction in their show ‘June’, which took place on the 26th of June, 2018.

Safeer Sandeelo’s work introduced the first component of this collective body of work which is the dot which he has shown great interest in while exploring composition and details. Finding the noise and the static of television interesting, he has been inspired by the arrangement of the dots to create his current body of work. His visuals show not only an arrangement of dots to create a composition but he also studies various tonal variations of the dots by adding color to them, making them look molecular and putting emphasis on the value of the dot itself.

The second body of work, which focuses on the transition of the dot to a line, was created by Noshad Ali. Taking inspiration from the road trips he had taken throughout his life, he puts emphasis on the line as a symbol longevity. By the use of color and overlapping, he has attempted to make ambiguous clusters, possibly addressing the complexities of the human mind, as seen in his work ‘Blood and Blues’ in which the squiggly, overlapped lines look like the mass of a brain. His monochromatic art piece ‘Untitled’ which was made with ink on paper, has circular clusters which not only look intriguing with the tonal variation but they also seem to be building an obscure form of landscape, which could be reflective of the artist’s observation of his surroundings while travelling.

Ahmer Farooq addressed his idea by presenting the third body of work, in which the line transforms into a shape, gaining definition. This body of work consists of thousands of shapes which come together to form certain portraits which address the tabooed relationships of our society. Farooq discusses the concept of “Forbidden Love” in our Islamic Republic where only heterosexual relations are accepted over homosexuality and extra-marital affairs. This situation marginalizes such lovers, who have to end up struggling with abandonment and rejection. Taking the example of the work titled ‘Silent emotions’, what needs to be noted here is the use of various shapes to create a portrait of a couple embracing; the shapes being the Urdu font, which could be symbolic of our country Pakistan. The two colored figures, being surrounded by a grayed background could be reflecting on the state of gloom the couple is in due to shame and secrecy.

Lastly, Salman Khan presented the fourth body of work in which his work compiles all the components that is, the dot, the line and the shape to create an abstract visual and concept. In his work, he addresses his technique that is miniature as a method for the purification of his mind. Since he started with exploring violent themes such as the drone wars, his work eventually started to transform into tranquil visuals of huge washes of Gouache and a cooling but deep color palette, which could possibly be an exercise to unleash his burden through the particular technique.

The artists had made a vast body of collective work but to discuss a few and their idea, it is thought-provoking to see how the artists have addressed topics such as society, politics and even personal issues, through the gaze of basic ideas such as the dot, line and shape which were interconnected to create an abstract visual and concept.