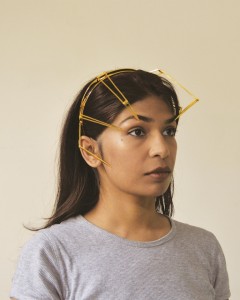 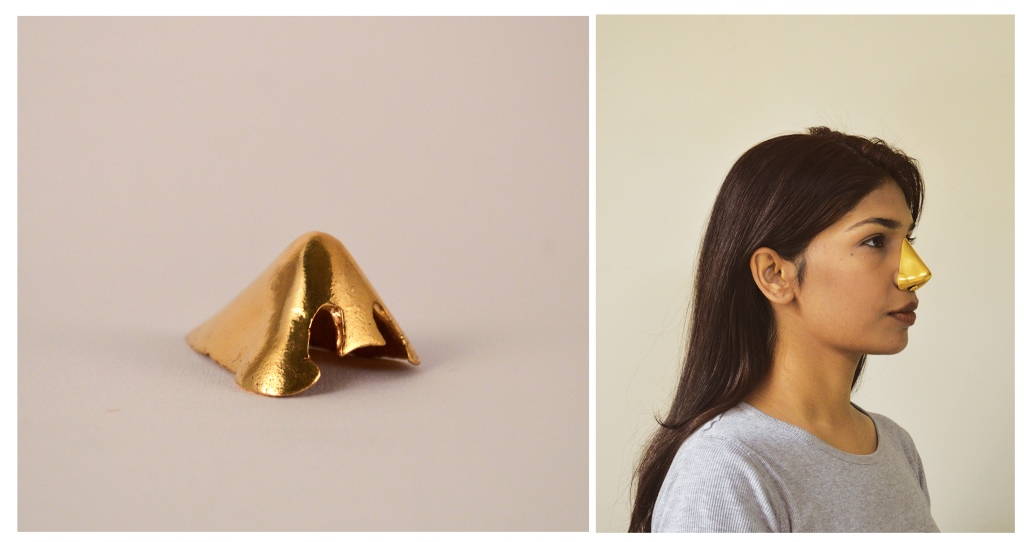 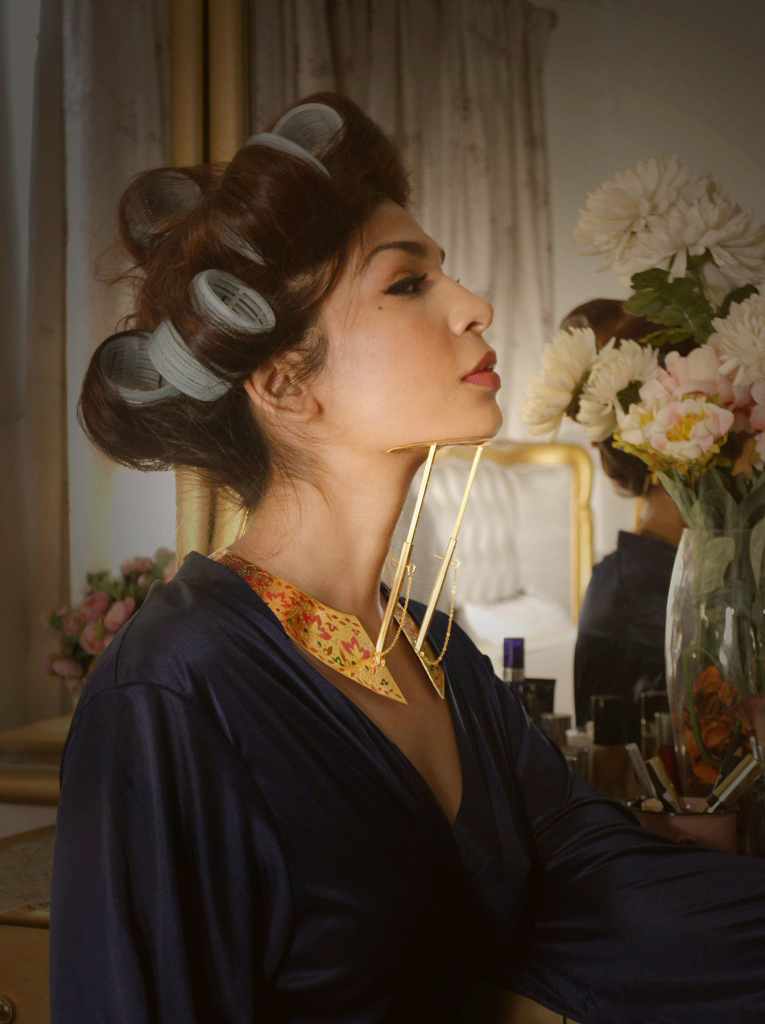 “Beauty has long since disappeared. It has slipped beneath the surface of the noise, the noise of words, sunk deep as Atlantis. The only thing left of it is the word, whose meaning loses clarity from year to year” — Milan Kundera

A friend of mine used to say, “Everyone is beautiful; it’s just that some of us are more beautiful than others.” It would be nice if inner beauty trumped outer appearance, though the truth is, it doesn’t. But beauty comes with a price. Sara Aziz’s show Painfully Beautiful at Rohtas II Gallery in Lahore satirically comments on the price that a large number of women pay and the lengths that women go to in order to be part of an artificially constructed ideal or a mythical beauty league.

It may be very difficult for the people to understand that beauty is a myth. Myths differ according to the cultures and beauty can differ from one’s eyes to another’s. So while Wordsworth did say that beauty lies in the eyes of the beholder let us not forget that even our eyes can be deceived.

We are preoccupied by these myths which broadly adhere to two schools of thought. One which believes that appreciation of beauty and its fulfillment are intrinsic to human nature. And there are those who believe that these standards of beauty are unrealistic. That there is a politics to beauty which is a patriarchal/ capitalist arrangement to keep women too busy curling their lashes to notice the violations of their rights. In 1991, Naomi Wolf‘s The Beauty Myth set aside centuries of speculation in which she stated that beauty as an objective and universal entity does not exist. “Beauty is a currency system like the gold standard.”

With issues such as the pink tax, anti-Barbie campaigns and various other issues relating women being discussed internationally, Sara Aziz’s work places itself in the middle of a very important discourse. Her work approaches the viewer like those ladies in salons. They obnoxiously scrutinize your looks to the pore, from the complexion of your skin to the texture of your hair. You’ll either buy the criticism or buy your way out of it. In a tongue-in-cheek manner, Aziz ridicules the ideals of beauty with her witty jewelry-like sculptures. With a series of eight works constructed in gold-plated metal or silver, these works are striking, seductively glimmering in dark wood and acrylic cases placed on pedestals. Interestingly, she calls them contraptions, not sculptures, which comprise a nose mould, neck elongator, pouter, ear pullers, face lifter and a frown fixer. These beauty contraptions if worn for a period of time can give desired results.

Aziz’s Face Lifter is a golden hairband with tentacle-like arms emerging from the hairband give it an ominous feel, but on the other hand, its golden glitter makes it seem quite alluring. The device pulls up the eyebrows, reduces crow’s feet and pronounces the cheekbones. In Naomi Wolf’s words, “Women have face-lifts in a society in which women without them appear to vanish from sight.”

The neck elongator is a golden neck brace with pearl embellishments and meenakari oriental floral patterns painted on it making it look like more of a fashion accessory, much like the beauty standards themselves.

Aziz’s four silver necklaces are embossed with characters which at first glance look like Arabic calligraphy but are actually English. The words read sexy, skinny, hot and fair – the fundamental pillars of beauty in societies where survival of the prettiest persists. The necklaces reminded me of Pecola Breedlove in the novel The Bluest Eye by Toni Morrison. The author graphically depicts how the daughter of a poor black family, Pecola Breedlove, internalizes white standards of beauty beyond natural capacity. Her fervent wish for blue eyes pushes her to the point where she goes mad.

Many women succumb to society’s standards for beauty without questioning why we conform to them or where these ideals have come from. Many of these ideals cause extreme amounts of emotional pain, and yet many women feel that these standards are natural. Women feel pressure that they must achieve the standard of beauty presented to them, and even use beauty to define themselves. Pursuing beauty is no longer an option but a compulsion. It is a pursuit with no end. As the painter Albrecht Dürer wrote, “there lives on earth no one beautiful person who could not be more beautiful.”

Madiha Sikander is a visual artist and writer based in Lahore.