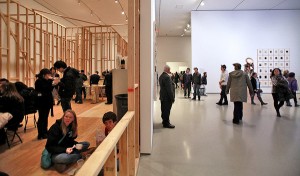 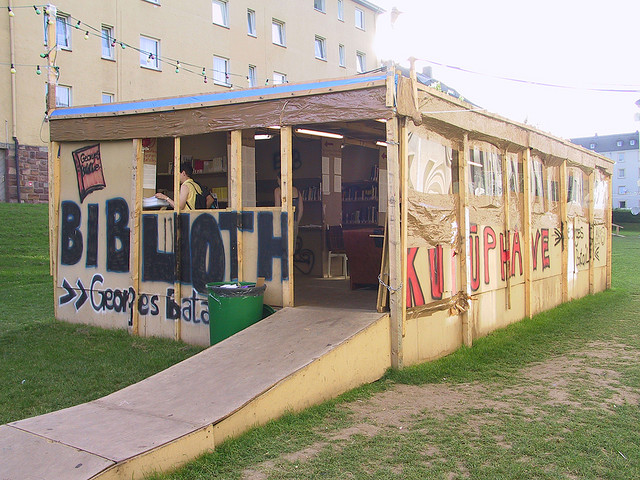 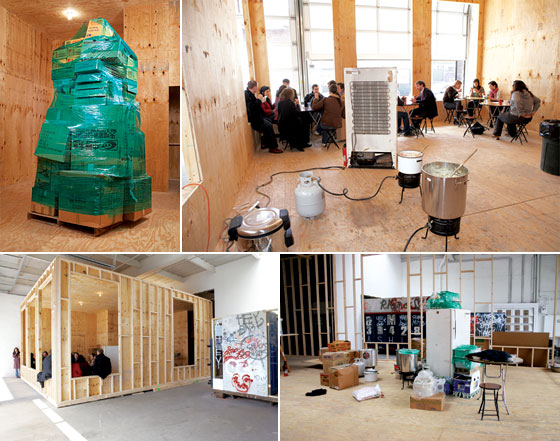 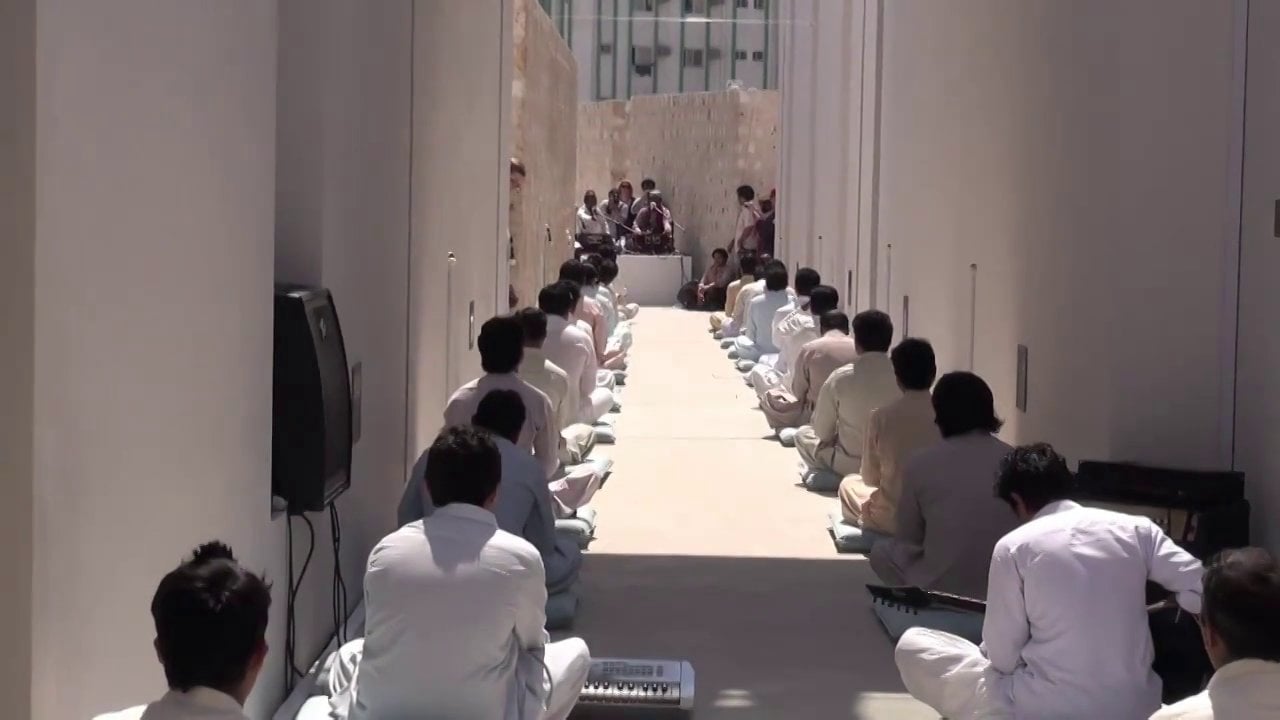 “For, while the authority of the doctor or plumber is never questioned, everyone deems himself a good judge and an adequate arbiter of what a work of art should be and how it should be done” – Mark Rothko

Art. To my belief, the question that enthralls most of art critics, writers, curators or appreciators of today is not What is art? but rather is, Is it art? Historically, we are knee-deep in the turbulent aftermath of what has come before us, the cultural, philosophical, aesthetical, capitalist, epistemological, ontological debates about what is art and what is not art. Not only that, the strategic location of where we are, Pakistan, lends itself to be under the burden of colonial and postcolonial theory as well and how it informs the art and culture of this region. Contemporary art in Pakistan has risen to a time of institutional critique, shedding light over cultural relevance, necessity, novelty, and authenticity of art that is being produced.

This debate has initiated a flux of artists who explore and investigate into the agency that take art further than being an object. We see artists studying the intervention of the body of the artist/viewer into the work, exploring alternative venues for exhibiting and sharing the work, more so, also questioning the autonomy of art. With very recent art projects and initiatives like ‘Hum jo Taarek Rahon Main Maray Gaey’ by Awami Art collective or ‘My East is Your West’, a collateral event for the 56th Venice Biennale by Pakistani artist Rashid Rana and Indian artist Shilpa Gupta under the Gujral Foundation, here one discovers how the body/public becomes the epicenter of the work. Viewer participation and engagement gets heightened and the ephemerality of aesthetics is celebrated. The presence, perception and proximity of the viewers’ body provide the basic infrastructure to the work. It is contested in works like these that art is not in the representation of the reality, rather is in the experience of it. It is in the intangible; it is in the activity and the relation that is established among the active bodies.

It is through the artists, activists, and educators engaging with the people in the ‘Hum jo Taarek Rahon Main Maray Gaey’ and inviting them to participate and engage in an activity of hanging triangular flags, where each flag acts as a recording of deaths of young Pakistani civilians by the violence and terrorism over the years. This mere act initiates a collective consciousness and a communal sense of mourning, invigorating and allowing the viewer to participate and be a part of it. It also enhances the sharing of sentiments and allowance of the viewer to collaborate in this process, drawing from their own personal experiences. Also it is in ‘My East is Your West’ where the crossing of boundaries and imaginary border and reaching across continents and connecting people and establishing a virtual spectatorship between Pakistan and Venice, that today qualifies as art. For what my money is worth, I cannot help but start to wonder; is this art? Does it belong in Pakistan? Furthermore is this new aesthetics a mere reflection of the western recurrent cry of trans-avant-garde echoing in the eastern exotic expanse? Are the artists in Pakistan mimicking the western era of new media? Let us for a minute not think about art, or talk about it. Let us talk about our society and the individuals that inhabit it.

I often wonder where do we place ourselves strategically and culturally? How much of a multicultural world (as formulated by Homi Bhabha) are we living in? Are we still in Edward Said’s Orient? We see an overarching debate in the mid- to late-twentieth century, the ‘Eastern’ part of the world criticising the ‘West’ for its imposition of imperialism, while simultaneously creating a massive capitalist market for from qawalis, miniature paintings, pashmina shawls and bridal couture weeks. In contrast to that, historically we identify national thinkers and progressives who have slated the state and tried to paint a “westernised modernised” picture of the east. In the present we see an entire generation that very humbly flaunts their western-fused attire and trans-cultural English and French accents.

Today, I do wish there was a distillation apparatus where one could identify which fragment of one’s being is permitted to become ‘westernized’ and which part need not get prompted. The fact is there isn’t any way to gauge one’s genius in today’s world at large that can be territories based on origin and culture. Disappointingly, we have moved into a global understanding of the world, where each city, town, center operates on an inclusive level, generating ripples, the reverberations of which move across cultures, borders, and disciplines. One can observe that there is a huge western audience adopting exotic paisley-inspired motifs, garam masala, and an entire generation of eastern-fusion aesthetics from lifestyle to literature. It is quite perplexing to still want to label ‘this’ as eastern or ‘that’ as western because culture no longer operates on the basis of autonomy or territorial acquisition. Art and aesthetics therefore cannot be labeled as eastern or western, rather, there is an unguarded dialogue that is co-existent, informing and shaping the other.

“A culture is made through change; it is not defined by an essence which exists apart change, a noumenon hidden behind the altering configurations of phenomena. In individuating cultures and peoples, we neither need nor for the most part resort to the idea of an essence. Yet we must, however, insist on the possibility of making historical connections, of being able to see change and resemblance”

With a recent shift in world politics, we see how diaspora artists from Palestine, Egypt, Iraq and Iran have let this this phenomena inform their work with eastern and western aesthetics and understanding, incorporating material and media that activate the body/public. For instance: Wael Shawky commissioning thirty-two Pakistani qawals in Dictums 10:120 at the 2011 Sharjah Biennale using text, diction and the art of singing text through qawali to comment on history, religion and culture. Or Thomas Hirschhorn’s Bataille Monument, 2002, a participatory and collaborative art project initiating relationships among the local working class and immigrant community in the suburbs of Kassel, Germany. Or Rirkrit Tiravanija’s Untitled (Free), 1992, at 303 Gallery, New York, transforming the gallery into an area where he served free rice and Thai curry to viewers, and the act of cooking and eating in a communal space caused emergent dialogues among the public in a shared space to become art.

“We can smell the scent of a steaming pot of jasmine rice… Sunlight pours in from an October afternoon, and already we feel the compression of the gallery lifted from our shoulders… As one sits down for the bowl (white enamel with blue rims) of food, one begins to realize that this is a distinctively different experience from others we have had in as art gallery or with art”.

The late-twentieth century, heavily enthralled with postmodern conceptions, employs in art a sense of pluralism. This pluralism functions not just on the level of the interdisciplinary media and expression but also on the level of ways of experiencing the work. This cross-disciplinary system allows incorporating into the work elements that are not just retinal but also corporeal. Art is not only in the representation of reality but is in the experience of it. While contemporary art allows employing within itself elements that move beyond imagination, representation, mimesis it becomes sensorial, connecting the politics of the social and somatic. The body however, may it be of the artist or the viewer becomes part of the work, not in a static removed sense, rather in the tangible, tactile and perceptible way. Taking the argument further, the body of the artist/viewer not only becomes part of the work; it contributes to complete the work. The question arises, that if the body is such an essential component to the work, what entails to be the art? Where is the art?

The forerunner of this philosophy, Nicholas Bourriaud, who introduced the term ‘Relational Art/ Aesthetics’ states:

“Every artist whose work derives from relational aesthetics has his or her own world of forms, his or her problematic and his or her trajectory stylistic, thematic or iconographic links between them. What they do have in common is much more determinant, namely the fact that they operate with the same practical and theoretical horizon: the sphere of inter-human relationships. Their work bring into play modes of social exchange, interaction with the viewer inside the aesthetics experience he or she is offered, and processes of communication in their concrete dimension as tools that can to be used to bring together individuals and human groups.”

What Bourriaud seems to be suggesting is the fact that today the art seems to be demanding from the work a direct sense of ‘human-ness’. The work is not representing an Aristotelian ‘reality’ but is choreographing reality to be as real as possible. It is quite crucial to understand that while one endeavors to create such an experience or aspires to actually have that experience, the art being created is seemingly forcing and pushing the boundaries, may it be through space or time. The work gives birth to silent dialogues as various elements of the work come together instigating the environment and partially becoming one with it. Art then does not remain confined in pre-disposed parameters to be measured by, rather creates new measures and new parameters. It embarks within itself a sense of novelty and raises unexpected questions about experience, society, politics and culture at large.

In the early twentieth century, modern art explored imaginary utopian realities using spontaneity and liberation while opposing the authoritarian and utilitarian status of art prior to it. The modernists employed an elitist conception of art, where the center of art was the artist. Fauvists, impressionists, expressionists, cubists, abstract expressionists, minimalists employed into their work a sense of individualism that created a pious aura of restrictedness around art. The art was in the object and to experience it was to recognize, comprehend and appreciate the parallels that the object created with the world. The art was in the mimesis, representation of reality. Postmodernity defies all parameters set by its predecessors, and incorporates the social to the somatic.

Pakistani art and artists are moving beyond the modernists understanding of art and are openly incorporating alternative mediums and disciplines to comment on the social, political, and cultural employing in the work elements from time, space and its direct encounter with the viewer. It is a defying moment as it raises the institutional critique about art and further more the role of the art market in future. Today we often come across viewers strolling through an art opening with utmost curiosity while they observe a live performance, or while driving by see a public installation, and ask themselves, is this art? We might wonder whether a passer-by would have the understanding or comprehension of this as a work of art or not, but what is crucial is to realize that the work is speaking about the average person man to the average person. For once, the common person is the subject and the object. Art no longer requires fitting into a predetermined mould nor does it have to fit in. Art itself cannot be defined, as no one can comprehend fully its potential or that which it encompasses within. We might say that this is the time for us to have an avant-garde of our own, we might say we are entering in the what is new of our age, we are entering into a new age. We might just say it all.

Natasha Jozi is a performance artist, poet and writer. With a Master’s in Studio Arts majoring in Performance art from Montclair University, she currently resides and works in Islamabad.