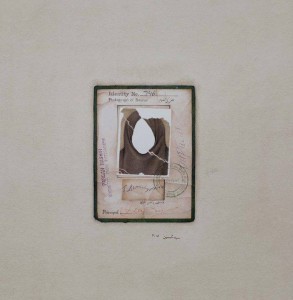 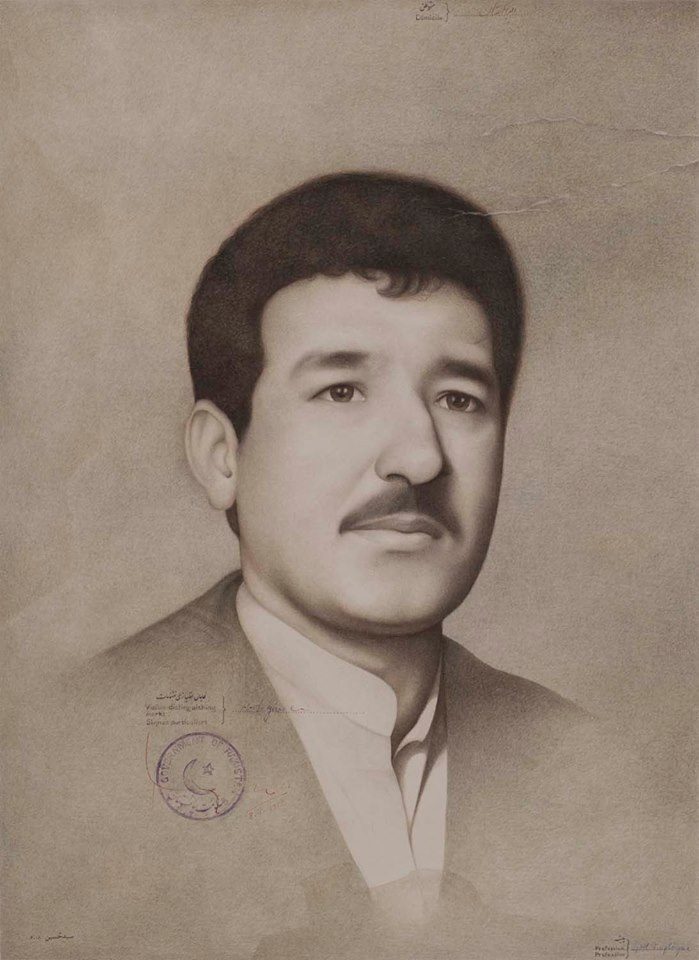 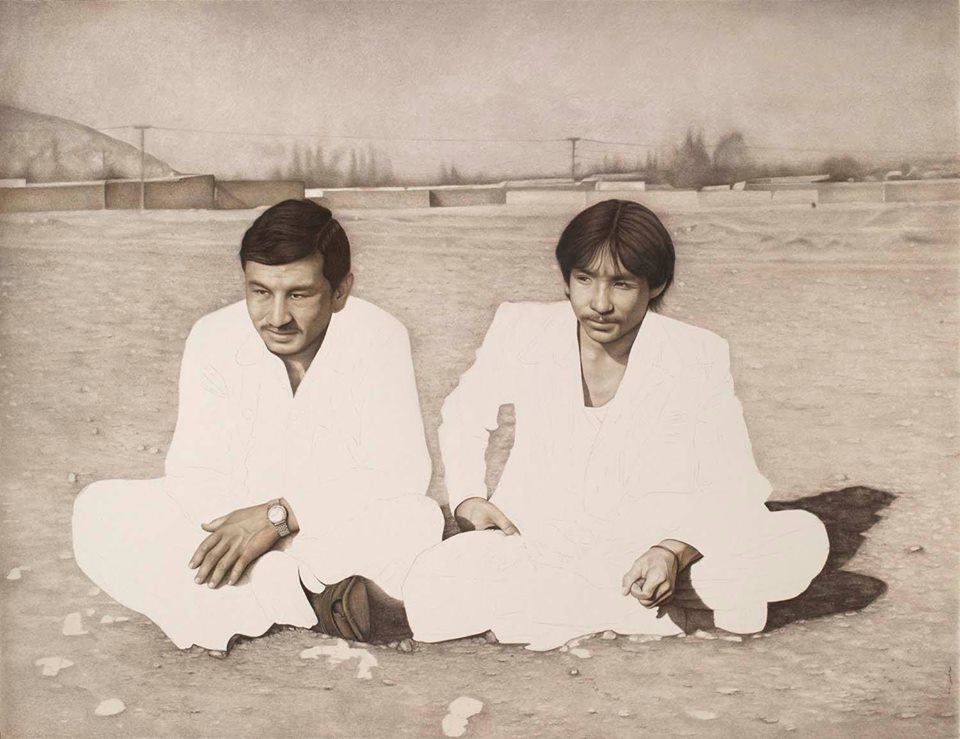 The Making of Identity

The question of national identity is a tricky one; what determines that we belong to a certain region, country, city or community? Is it the place of birth, color of skin, lifestyle and traditions, or a piece of paper issued by the State? Has it more to do with our own sense of belonging, nationhood or self-identification? Why does something so beyond one’s own control, and which rests on such a fragile premise, evoke such pride, sentimentalism, nationalism and patriotism in such a large amount of people? More importantly, what determines our exclusion from these communities, and how does this affect our perceptions of self? These are but some of the questions that can be extracted from the works of miniature artist Syed Hussain.

Hussain is a graduate of NCA and works in the technique of the Indo-Persian miniature, creating photorealistic paintings in opaque watercolor. This work deals with themes of identity and excavates personal archives to contemplate notions of belonging. His latest show at O Art Space, “Under the Same Sky”, a collateral of the Lahore Biennale 2018, looks at similar issues through his signature amalgam of portraiture and text articulated in the form of legal documents.

Hussain’s work springs out of his frustrations of being treated as an outsider in his own country due to his physical appearance. Belonging from the Hazara Community of Afghanistan and Pakistan, the artist’s appearance is not that of a typical brown Pakistani, which is why most people assume he is a foreigner. This sense of displacement in his country led him to investigate his heritage and trace his genealogy back to his forefathers. These paintings appear almost as photocopies of the original documents, a testament to his skill as a miniaturist; not only are the portraits rendered with a clear sense of weight, volume and psychological presence – despite being mostly expressionless passport-size photographs from official documents – but the textures of the aged paper is also deliciously captured, from the creases, stains, tears, and folds, to the stamps, writings in pen, and signatures.

The recreation of these documents allows the artist to reconnect with his own roots in order to ground himself more firmly within his geography as well as a more abstract sense of nationality. These official government documents and school records not only help him discover his own lineage and the experiences of his forefathers, but also act as a kind of proof of citizenship, of belonging, for both himself and for others, with stamps of the “Government of Pakistan” to photographs of his family members.

Yet, upon closer inspection of individual works one realizes that the artist goes beyond his initial purpose and reveals other anxieties of being a part of this nation. He says that often the bigger challenge is deciding what not to paint, rather than what to paint. This is understandable, as these works go beyond just a mere replication, and the details that are removed or included help shape his narrative. In the “Under the Same Sky” series the old photographs show individuals probably from his family, yet with their clothes left unrendered, which makes it difficult to situate them within a particular time in history, geographical location, ethnicity or social group, making these images more timeless and fluid. This brings focus onto their facial features, the only clue to determine their identity.

Another work, “Shinasnama e Aw’wal” shows a School ID of a small girl where the artist has removed the face from within her hijab. On one side of the passport size photograph the words “Pardah Nasheen” and “exempted from photograph” offer an interesting possible reading of the place of women from an early age, not just in the Hazara Community but in society at large, as they are erased from the public sphere even in photographic form.

The work “Those who travelled 32” shows a photograph of a man with the words “Died in Blast Quetta”, which doesn’t just reveal personal histories, but also hints at the county’s political climate, and the day-to-day realities of living with a constant security threat. This, in a way, brings tragedy closer to the audience by humanizing the victim, while not overtly politicizing the work or making overarching statements. This makes tragedy more a routine part of life in way, as it appears as a small part of a larger narrative, which somehow makes it more sinister.

As Syed Hussain attempts to come to terms with his own identity, he forces us to contemplate our own. What will we discover when we delve into our own history, and would it really matter if our lineage leads us outside of what we assume to be our self-identity or heritage? Are the experiences of the past manifested in our present? Would discovering truths about our forefathers change who we are and how we perceive the world and ourselves? Even more importantly, in the face of all these possible arguments, should our identities be dependent on man-made borders when we all exist under the same sky after all? Hussain starts with questions and attempts to look for answers in his own history, but in the process leaves us with pressing questions of our own.