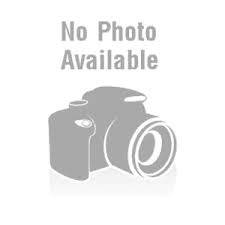 by by Anushka Hosain

Mohammad Ali Talpur’s work has long been an exploration of the possibilities and limitations of the line. Though he has by no means abandoned the line, in an exhibition of new works at Canvas Gallery, “Alif”, Talpur makes a move into the realm of language and calligraphy.
His new works are meditative and philosophical. He goes back to the basics of both drawing and language: the mark and the first letters of the alphabet. “Alif” is the first letter of the Arabic alphabet. It is out of these basic elements that the world is created, the first elements which come together to create movement and rhythm. The marks are reminiscent of the moving, dancing body, exploring space in small, controlled gestures. Yet the marks are not tentative or timid; they are only tightly choreographed. There is no room for excess or for the unnecessary gesture; every mark is there for a reason. In his work for Art Dubai 2008, Talpur created a cube made of 125 smaller cubes. The concept of small pieces coming together to create a larger piece is the same one that is being explored here, but in a different way. In these works, it is not so much about the individual marks as it is about the way they come together. The way they vibrate and interact with one another is similar to the way guitar strings continue to vibrate after they have been strung. The effect is hypnotic, trance-like.
The works which feature calligraphy are especially interesting. There are letters without meaning, strung together in intricate lines. The letters come close to one another without connecting; the concept is linguistic marks prior to language. Talpur takes the traditional art of calligraphy which even when moving into the realm of pure form somehow retains some linguistic meaning. Marks that make meaning prior to meaning; the signifier without the signified. The viewer keeps attempting to decipher the works, assign some meaning to the letters, but they constantly escape easy definition. As in the previous works, where one saw the line breaking out and resisting being a line, here too letters defy their duty of clear communication.
The works are not limited to calligraphy, however. Talpur’s older preoccupation is very much present here. Using the basic elements of drawing, the mark and the line on a two dimensional surface, the line moves around the page, hinting at escaping the surface altogether. Most of the pieces have jagged edges and boundaries. In one particularly fascinating piece, a cut of white (a absence of mark) making the paper look as if it has been ripped by hand, zags up the surface of paper. Many of the pieces take on a tactile, woven quality. The line doesn’t remain flat or rigid but interacts with the two-dimensional space to create a three-dimensional effect.
In these works, Talpur’s line is a far cry from the mathematical precision one associates with pure shape and form in abstract art. It is a messy, tainted line. In an older series of works, Talpur obsseivly traced the paths of birds flying above the rooftop of his studio. There is that same sense here of being immersed in the world and taking inspiration from the observed (whether nature or language), yet simultaneously being fully drawn into the meditative trance-like mindset necessary to working on minutely detailed level such as this.
Describing his works, Talpur has said that “Uncountable curved and straight lines dancing like a classical dancer draw our attention to the deepest visual experience of ‘form is the idea’ in South Asian philosophy.” As the hand (or the machine) dances over paper, the tight meticulous mark making becomes rhythmic line and metre. As the dancer using the sole tool available, his or her own body, seeks to transcend banality, the artist too takes the mundane and transforms it into a spiritual release.
Alif: Mohammad Ali Talpur ran from 6-15 February 2013, at Canvas Gallery, Karachi