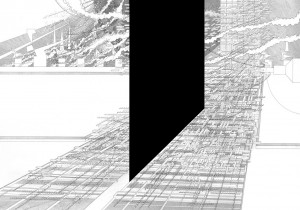 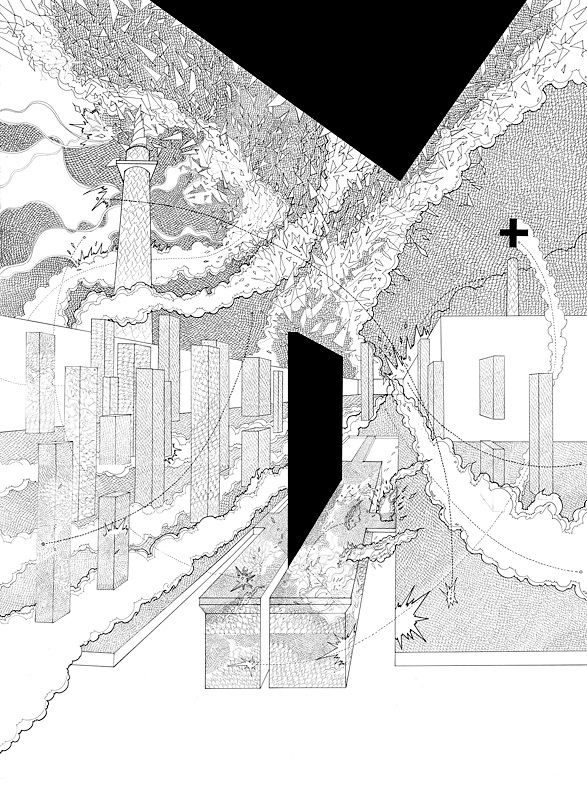 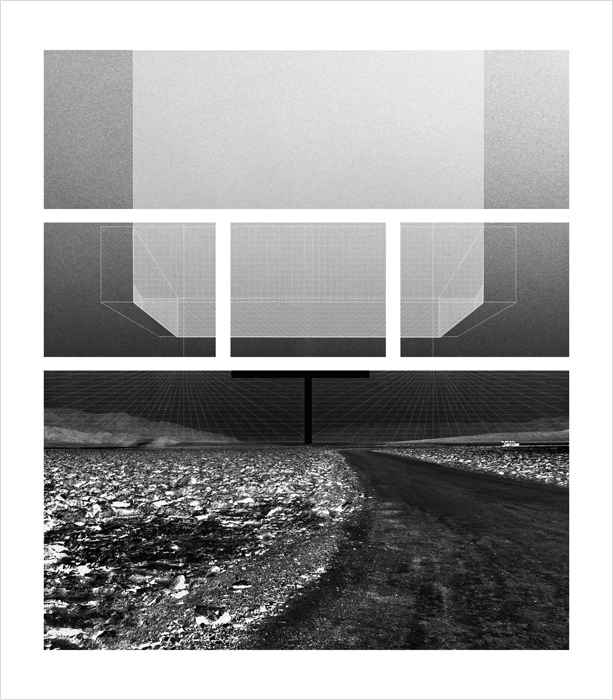 ArtNow: Your training consisted of studies of both art and architecture. How difficult was it to bifurcate the two studies? Was it even necessary to make distinctions or do the two overlap fluidly?

SS: Fine Art/Painting and Drawing and Architecture are two autonomous departments at RISD. But architectural drawing played an important role for me whilst there. There is a distinction between an artist who is interested in architecture in its formal and visceral qualities, and the practice of a working architect obviously.

AN: There is profusion of images in your works on the one hand and minimalism on the other. Has there been a transition from one to the other or do you shift between these polar modalities of aesthetics?

SS: For me drawing allows a freedom in terms of representation of space where contradictory ideas can exist simultaneously, as well as the tensions that are inherent within them. Maximum to minimal gestures depend on the particular work. Organic forms alongside structural components facilitate the transformative nature of drawing. But I tend to work with sequences of images and spaces that are based on real building precedents and constructed landscapes.

AN: The ideas of Brutalist architecture are inherently woven into your art. What is it about this particular style of architecture that interests you?

SS: There are contradictions inherent in this architectural aesthetic and principles that involve landscape, social engineering and repetitive reductive structural forms. Aside from the aesthetics of the architecture itself it is the ambiguous relationship between landscape and object that I am interested in.

AN: In the Hinterland Structures series of light boxes, you have photographed eerie, almost unearthly objects in uninhabited places. Are these structures real or imagined constructions?

SS: The Hinterland Structures are postcard size photographs I had taken from a trip to the American West. There were a series of trailers, sheds and silos that I had documented along the way between California, Nevada, Arizona and Utah. They are not monumental both in terms of scale and material, and disconnected in terms of the relationship between landscape and object.

AN: In the works titled Mammoth: Aerial Landscape proposals, the photographs looks like bird’s eye views of vast flatlands. But you have intervened in the natural landscape? For what purpose?

SS: The Mammoth: Aerial landscape proposal series is a work between my partner Randhir Singh and myself. His aerial photographs are combined with black forms that partially block out the photograph and landscape. The use of repetition and abstraction within the landscape, and the simultaneous gesture of erasure of both image and landscape is something I was interested in exploring.

AN: You make massive works, meticulously and tediously constructed. They are in fact difficult to comprehend when seen as a digital image. Why the scale?

SS: The large-scale drawing takes the scale of the person into account as to how the person approaches the drawing perspective. But I am also interested in scale between the self and the individual versus the larger perspectives of historic events and architectural environments. For me drawing can navigate these relationships of extreme scale