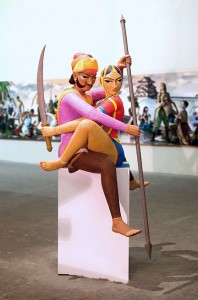 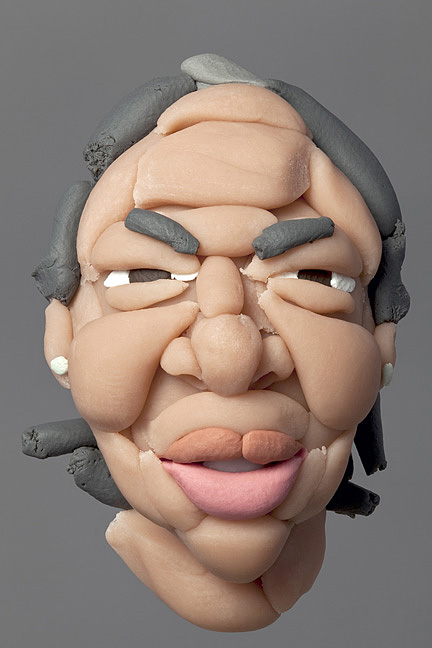 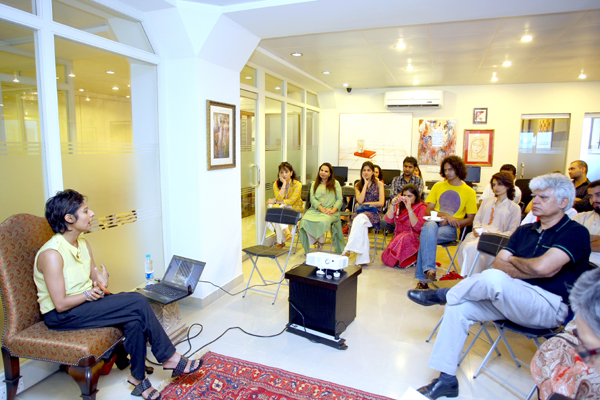 “As an artist I feel a sense of responsibility,” says Hamra Abbas and she goes on to explain that she believes artists carry a burden to view ubiquitous events and people cerebrally and from an artist’s skewed perspective.

As part of the ArtNow Springboard series, Hamra Abbas, internationally touted artist and winner of the 2011 Abraaj Capital Prize, spoke about her work to a small but selective gathering of artists, writers and collectors at the ArtNow office. Her passion towards her work was evident as was her ability to articulate the intellectual and physical interplay of mediums and ideas during the process of her production.

Hamra Abbas received a BFA and MA in Visual Arts from the National College of Arts, Lahore and Masters’ from Berlin University of the Arts in 2004. She was awarded a Jury prize at the 9th Sharjah Biennial in 2009. Her work has been included in the Asian Art Biennial, Taiwan (2011); the International Artists Workshop of Thessaloniki, International Incheon Women Artists Biennale Korea (2009); Guangzou Triennial China (2008); Istanbul Biennial (2007); Biennale of Sydney (2006); and the Cetinje Biennial in Montenegro, next to Croatia, (2004). Abbas’ work has been exhibited at Singapore Art Museum; Royal Ontario Museum, Toronto; V&A Museum, London; Asia Society Museum, New York; ARTIUM de Álava, Vitoria-Gasteiz, Spain; Manchester Art Gallery, UK; REDCAT, LA. In 2011, she won the Abraaj Capital Art Prize.

Hamra’s work is inflected by the changing landscapes of the cities she has lived in, in the past decade; Lahore, Islamabad, Berlin and now Boston, MA. She is one of the most prolific and diverse contemporary artists and has in fact evolved so rapidly and with such eclecticism that it has been hard for critics to place her solidly within a specific thematic framework or preferred medium. She addresses concerns of gender, urbanity, spirituality, faith, popular culture, politics, racism and environments. She uses such diverse means as paper, plasticine, fiber glass, photography and video to arrive at conclusions and suggest modalities of interpretation.

Hamra talked extensively about the new works she was displaying at Canvas Art Gallery which consisted of large photographs 4 feet in length and about 30 inches across, of miniscule plasticine busts she has constructed which are actually 3-4 centimeters high. These are representations of ordinary men and women she has come across who have taken on narratives of their own by virtue of her willingness to portray them.

For more on Hamra Abbas visit her website www.hamraabbas.com