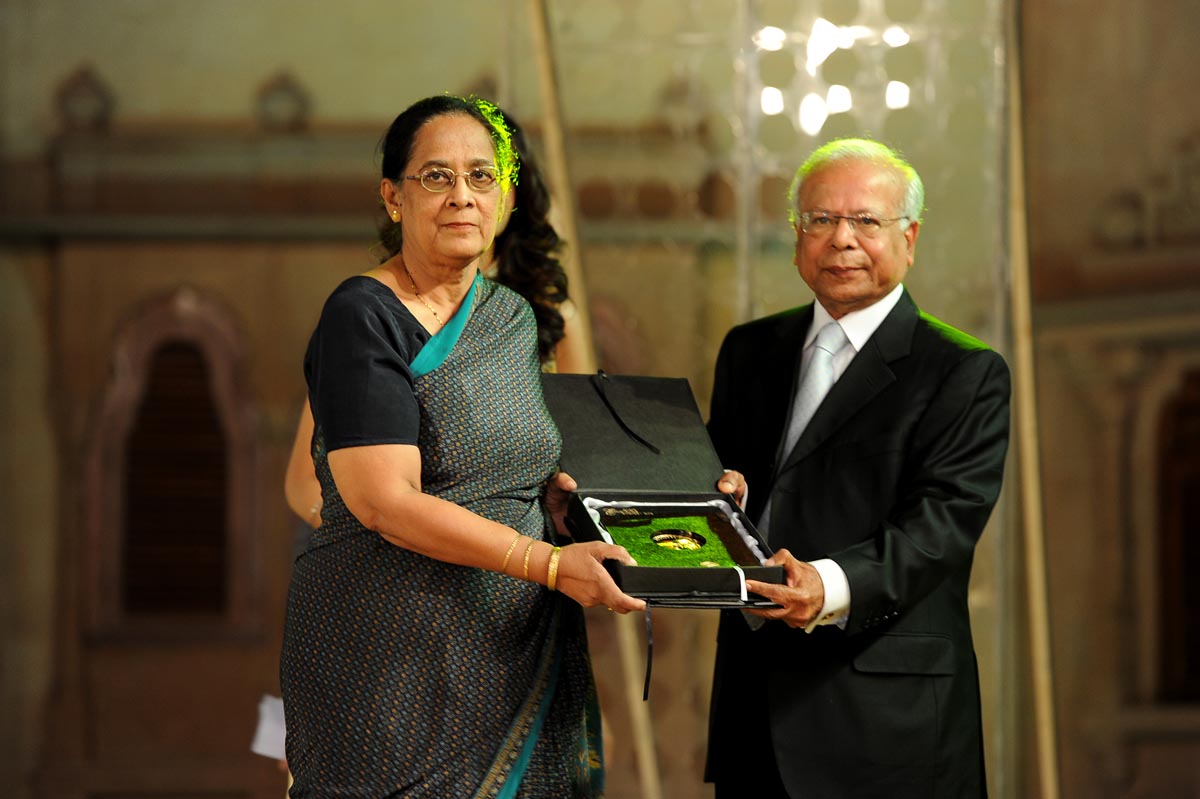 The Engro Excellence Awards held in Karachi for the second year running is gaining credence with the intelligentsia of the nation simply because they seem to be getting it right. The award constitutes a substantial amount of money given to the recipients, and though we would like to believe that the sum of money is superseded in significance by the honour and glory of receiving the award, the fact of the matter is that it counts. However, in the case of people with honour and integrity, the money inevitably goes back into the cause or the passion that these individuals have strived for all their lives. Thus, the act of giving continues.

In his opening speech on the night of the award ceremony, Asad Umar, President of Engro Pakistan, recounted how the idea of the award was instituted. At one of the myriads of global forums held to wrangle over global, and in particular, Pakistan’s financial crises, attendees wondered why in spite of the bleak, uninviting scenario, serious investors were willing to take the risk and come to Pakistan. With impassioned conviction Umar affirmed, nay, reminded us, of the enormity of human potential and talent that we as a nation possess and explained that Engro Excellence awards were a tribute to the expansive and ever-growing cache of talent in Pakistan.

This year, one of the categories of recipients was Art and though panels and juries are never far off when deciding the meritorious efforts of social workers, literary achievers and scientists, juries fall off the tracks when it comes to honouring visual artists. It is true that the field is much more subjective than perhaps any other discipline in the world, so much more argued, debated, even denounced that a consensus is almost impossible to reach. But the choice of sculptor Shahid Sajjad as winner of the Engro Excellence award for lifetime achievement in the field of art was irrefutable. In the days leading up to the award ceremony, there were murmurings and many names were explored and thrashed out in small circles and gatherings. There are artists who have been painting for decades and have not crossed the intellectual threshold of their studio. Some have made an art of creating drama and enigma around the persona of the artist and now, sadly, art plays no role in their lives except as a series of reminiscences as their stepping stone to riches and fame. As opposed to all these artists, Shahid Sajjad has struggled relentlessly to reach and sustain a qualitative practice, unceasingly devoted to his praxis without promise of remuneration or recompense. We warm to such artists for they feed in us the need for the stereotype of the artist as ‘David’s in the face off with the ‘Goliath’s of materialism in art. But more importantly, whatever criticism may arise from his choice of award recipient, the fact of the matter is that Sajjad’s authenticity, validity and relevance has never been brought into question, at any stage of his life or career.

Perhaps the only disclaimer that could be raised in this respect is that, in Pakistan, artists of caliber are reticent about leaving a legacy of tutelage; scholarly or practical. This tradition requires a two-way contribution and much dedication, an element sorely lacking in the art students of today. But if good fortune had prevailed we would have been able to say today that though Shahid Sajjad has had a long and prolific innings, there are other sculptors to carry on his tradition and perhaps, retain nuances of his teachings that they hope to explore and take further. Unfortunately, there will be none and that will be a loss for Pakistan.