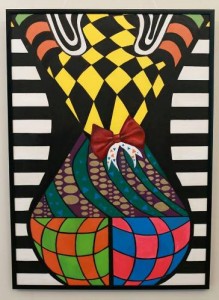 According to many sociological and philosophical theories, gender differences are socially constructed. Society and culture create gender roles according to what is considered to be the most appropriate and ideal behavior for that specific sex.

According to the Sigmund Freud’s psychoanalytic theory and Lawrence Kohlberg’s cognitive-developmental theory, there are two main parts of the process that mold people into socially accepted citizens. The first part is when the sex of a child is determined to be male, female or intersex according to biological characteristics.

The second part is when the child comes to know about feminity and masculinity and what belonging to each gender means and requires. Gender is a social construction, which describes the acts of an individual as masculine behavior, feminine behavior or gender non-conforming and gender-variant for those who choose to act differently from the stereotypical behaviors of their genders assigned by society.

The concepts of gender, gender expression and identity are seen at Resolving the Two Rights, an exhibition organised by The Paint Bucket Gallery, an online gallery that aims to provide emerging artists with a platform for their projects and provide them with an opportunity to connect with the global market. Curated by Anum Lasharie, this four-person exhibition at the Al-Hamra Art Gallery included works by Ahmer Farooq, Saad Ahmed, Usman Ahmed and Zahrah Ehsan.

The artists have attempted to shed light on the concept of gender roles, gender identity and appropriate behavior for each gender. Their work is about our culture and the way it molds personalities according to appropriate behavior, to the extent that we end up losing our own identity, molding ourselves to roles assigned. The artists have also created artwork on what it means to be of a particular sex while understanding the opposite at the same time without categorizing them.

Ahmer Farooq’s work Adam, Eve and In Between talks about gender as a cultural construction and his deconstruction of it, where he brings forth, the concept of breaking through boundaries to explore ourselves beyond the constraints of what our culture has taught us about sex and gender roles. He has created three calligraphic pieces using several colors and forms that individually as well as together speak about breaking through boundaries and exploring identity.

These concepts are further explored in Zahrah Ehsan’s work about stereotyping genders and judging them people based on their appearances. She explores preconceived notions society has of gender roles and how we are unable to break through them. Her use of bold and vibrant colors speaks to the viewer about how vibrant and loud each gender can be if it is released from the embrace of society. She lures the viewer in her works Feast Your Eyes, He Is Six Feet Tall and Pretty Pretty Perfect to show you that there is so much more to a person then his defined gender role, if social constraints allow a person to explore.

Saad Ahmed’s work is about the transitional journey one experiences when imagining a visual after a word is spoken or producing words after seeing visuals. His work is about his personal visual journey based on women that he has made permanent using the imagery of smoke. His medium of choice has been etching, as he believes in reviving this dying art form. Holistic Transition reminds the viewer of Darwin’s Theory of Evolution, with female figures of smoke standing in a row. His other pieces are Holding Up the Sky, Procreator and Allure.

Usman Ahmed’s paintings Damsel in Distress, Dreams of Freedom and Explosion in the Sky all let the viewer be a part of an intense collaboration of colors. The scale of the work really helps the elements involved create the maximum impact and make the experience of viewing the work exciting. The paintings give a clear picture of the risks the artist has taken with his treatment of colors and mediums. It is almost as if the oil and acrylics have been used passionately to free the genders of their constraints and set roles.

These diverse perspectives and interpretations overlap, as the content of the artworks is similar. However, each work has a different narrative that makes the viewers mind think about the struggles of gender and at the same time shows one how bold and vibrant our personalities could be without the constraints of society and culture.