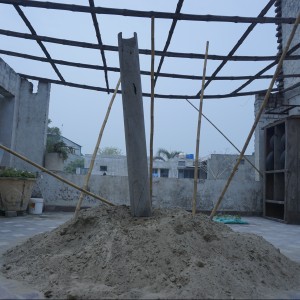 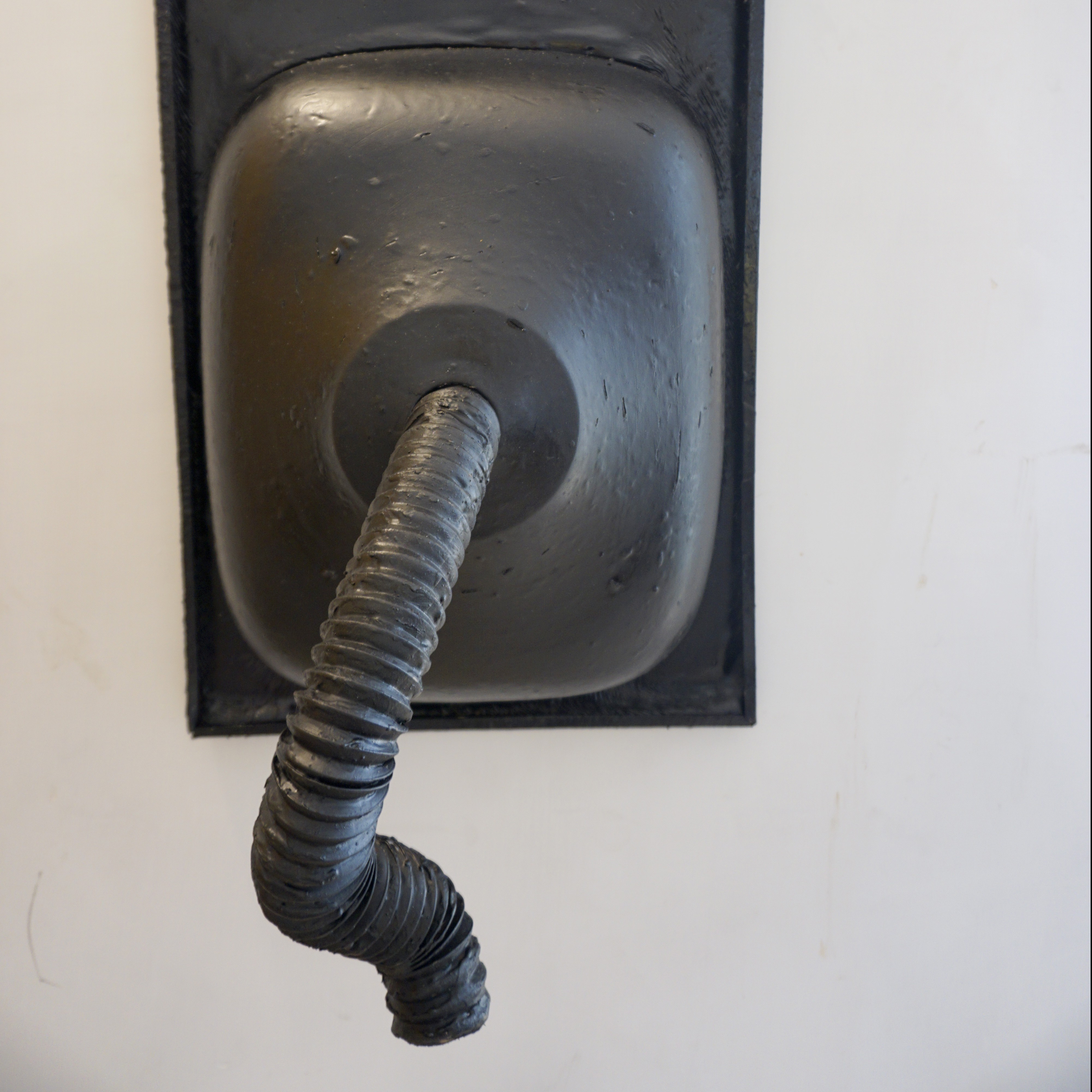 The Mansion Art Residency, in Lahore, held its second grand residency this year with six artists, after a long gap of six years. Umar Nawaz, Hifsa Farooq, Safdar Ali, Noreen Jahan, Talal Faisal, and Hamza Rana were the talented artists and graduates from The National College of Arts, and The Beacon House University, that brought together a refreshing, unique and an exquisite display of work at the studios which are part of Nausheen Saeed’s residence in Central Gulberg.

The Mansion itself, has a life of its own. Just minutes after entering the house, one feels to be way back in time, perhaps due to its architecture, or more so due to the old and the now forgotten by many, values and traditions, that were prominently shared at the space. The spirit of togetherness, learning, diversity and the exchange of various experiences and aspirations between all the members of the house and its guest residents caused a massive explosion of highly meaningful work that was not only relevant to the space that they were engaged in but more so united art and life once again like in the past where writers and artists use to sit together in the evenings and had powerful discussions that often resulted in great works of art.

A tradition such as this, Mansion seems to revive and bring to us its continuation. Mainly the reason for such a spirit is Nausheen Saeed, both a celebrated artist herself and the owner of the house, who supervised the residency. The words such as the “owner of….” and “my house,” were often frowned upon by our elders in the past and instead always used words such as “ours,” and “we,” inculcating values of sharing and selflessness, values that today are much lost in the wilderness of materiality and competition. Same class, poise and selflessness were in Saeed’s dialogue when explaining, how the house underwent series of architectural transformations and renovations throughout its time and how it was always like an open house, and a roof under which all were welcomed to share their views on life, art and literature.

Such passages of time and change greatly influenced the artists in residence with their experimentations and explorations. What was even more delightful was to see the work processes in the display that are often omitted from the more mundane gallery displays.

We often see artists travelling abroad, and having influences from a new place, namely Van Gogh or even Picasso and their travels to Paris, but seldom do we see artists in and around their own country and in a residence, so intensely inspired by its very own its walls and windows, that comprise a place which is a house, called a Mansion, a home.

To begin with is Umar Nawaz’s construction in the studio space which was more of a camouflage, and a bewildering experience. As soon as we enter the quarters where the artist’s work was in display, we see an unusual lowering of ceiling in the central hall. It was a false ceiling inside so low, that its seemed to cause a hindrance, and a disturbance at one time and on the other, mixing well with the already many rooms and doors, with mysterious pathways, architecture of the house. The artist, explained how he observed an obscure towering wall right in the middle of the garden and decided to recreate that within a room. The wall was the first latest construction to the mansion, that divided a rose garden shared between sets of houses in an old compound since a long time. A modern way of living and creating barriers, yet also defining and bordering various conflicts of ideas and civilizations.

Right next to this was a terrace, that had pots and flowers, and heaps of sand, cement and various concrete construction materials, just laying there with no solid form or shape that could be defined. This was exactly how the artist Hamza Rana aspired it to be, undefined and open. Rana’s work spoke about the outside, exposed areas and their transformations into inward, enclosed, private chambers, and he recreated that in an already set terrace, which was half concrete and half opening towards the sky with no room. Where Nawaz brought more a construction over a construction, Rana deconstructed and devised an open space within a closed.

Another shift of space and architecture was Noreen Jahan’s intriguing work. Her transformation was a translation of a study into a kitchen and also a studio space, all in one. She made still projections in a room, of a kitchen sink around a window. Upon viewing Nausheen Saeed confirmed that to her surprise years back, that very particular space was actually once a kitchen. Jahan proved her dexterity and skill in space calculations and art with her work on display, which also had a sound piece attached to it. The sound was of drops of water in a steel sink. The experience was all immersive and highly sensory and almost real.

More levels of constructions, obstructions, and frictions, in unity and a sense of order and disciplines of some sort were observed in Safdar Ali’s piece titled “Nizam e Hasti.” It was a captivating display of fans rotating on various levels in a ceiling. There were already three fans in that long room and Ali multiplied it, calculating space, and distance between them and then switching them all at once. Sometimes one fan would collide with the other and make a terrifying sound, and at other times, in the heat of this year’s April, the room was unusually cool and comfortable. Could the artist be commenting on co-existence, and the raptures of time, change and its consequences or just relationships between people, countries and the Infinite. Whatever it might be so, the process and its execution, and just the mere sight of the installation in the ceiling was so mesmerizing that seldom one would want to go into the complexities of concepts and ideas.

Speaking of concepts and ideas, Hifsa Farooq’s wall installation where ordinary sinks, that were not so ordinary after all when turned upside down and accompanied by a light bulb hanging on a cement cast of a pot. Farooq explained the meaning behind an ordinary shift and how they may appear to be speaking about genders, dependability, and completion of one and another. Duality and conceptions of life and birth with the element of light onto the vividly painted absolute black objects stood out as peculiar and at the same time evocative enough to generate a debate on the role of men and women in and outside houses.

Roles of people in a house, society, nations and in correspondence with the world at large, has so many manipulations, conditioning and interventions, on so many various planes and points, and one such work where the viewer also becomes part of that story is Talal Faisal’s gram o phone with a mirror in the center, that is placed on the wall, titled “Mansionized.” The gram o phone keeps on rotating and moving silently and as one is drawn closer to it to look at, the mirror shows his or own reflection, and thus also becomes part of the artwork.

After such an interactive, immersive, sensory process-based exhibit, we ardently hope that the next residency takes place soon, as certainly there is a great need of such inter disciplinary approach in art rejuvenating culture and aesthetics in Pakistan.