Paul Klee’s words, “one eye sees, the other feels”, come to mind when one enters Grosvenor Gallery in the heart of London where the three painters Irfan Hassan, Muzzumil Ruheel and Muhammad Zeeshan exhibited a body of exciting new work in October in association with Canvas Gallery of Karachi.

The show is spread over two floors, with the ground floor introducing the works of these upcoming artists.  The real meat of the show is upstairs on the first floor where we see the incredible maturity and execution exercised by these young artists. All three artists are members of the continued renaissance of miniature painting in Pakistan, and as they show in this exhibition, are contributing to the evolution of modern miniature painting. There are some truly outstanding pieces that people in London are seeing for the first time including Zeeshan’s Jhulelal II, Ruheel’s They Erased Him As If He Never Existed and Hasan’s Dante and Virgil series. For those of you that are reading this in London, I would urge you to visit this show to see these young, new artists that are being shown in London, some for the first time.  Each one of them executes their work with a degree of re-interpretation of classic themes and techniques. 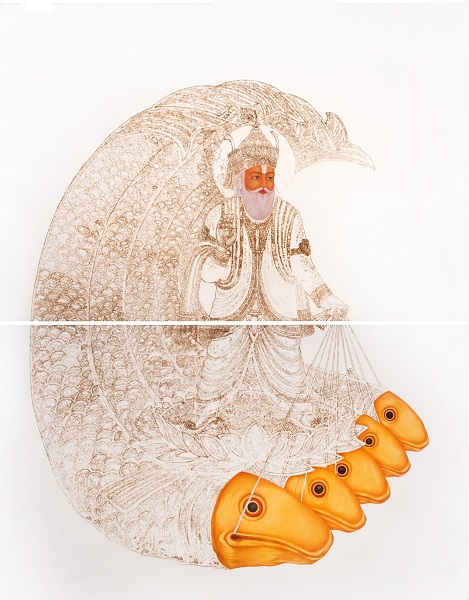 For example, Muhammad Zeeshan, who initially worked as a billboard painter before joining National College of Arts (NCA) in Lahore to train as a miniature painter, utilises cutting edge laser technology to manipulate his “wasli”.  Zeeshan borrows imagery found in non-traditional miniature sources and then employs his miniature skills, to create a visual that is striking in its contrast.

In this show, Zeeshan’s paintings Maa (series) 2014 and Jhulelaal II utilise mythical characters, alongside animals, creating wholy unexpected images. Maa depicts Kaali, the Hindu goddess riding a cross between a goat and a horse. Jhulelaal II depicts the sufi saint Jhulelaal riding a school of fish. In both pieces, it is only the faces of all the subjects (including the goat-horse hybrid & the fish) that are painted. 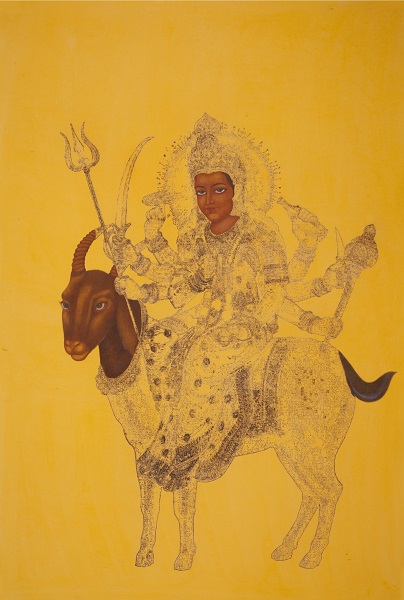 Zeeshan’s work is unusual in the tradition of miniature painting because his process of laser scoring on the wasli is a fascinating contrast to the language of the miniature tradition which he explores with imagery. Zeeshan has helped take the tradition of miniature painting into the 21st century through his technique, following in the footsteps of the new leaders of miniature. His works have now been shown at the British Museum UK, the Fukouka Asian Art Museum and the Metropolitan Museum Japan and he will continue to create a stir around the world with his work.

Muzzumil Ruheel’s work revolves around twisted perceptions and narrations about the concept of reality. Ruheel’s The Land of Dreams reminds the viewer of an urban landscape. For Ruheel himself, these landscapes represented dreams and hopes that we all have. In Ruheel’s work, what is most interesting is that the minute calligraphy is only obvious as the viewer is drawn closer to the work. The intricacy of the calligraphy appears to be a shade of grey hazing over images of a bygone era when viewed from normal distances. It is a representation of what he believes is happening to us as a society, a rush to form hazy opinions without looking at the intricacy of events. Ruheel’s calligraphy is formal and precise, with each and every letter true to its form. Although the words are overlapped chaotically one can decipher text but not its meaning, again symbolising how people struggle to organise the chaos in their lives towards a meaningful purpose 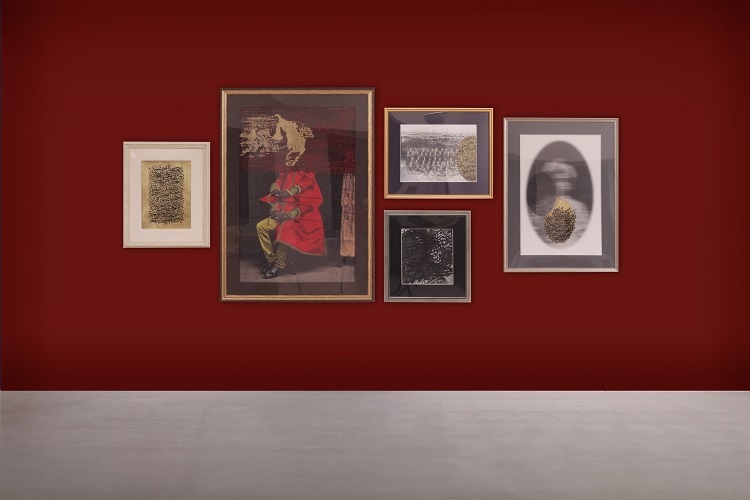 Ruheel has exhibited at the Moscow Museum of Modern Art, in Dubai and in India. At the moment he is busy preparing for his upcoming show at the Rohtas Gallery in Lahore and looking forward to a residency in India.

The last artist in the show, Irfan Hasan, also graduated from National College of Arts, Lahore, in Miniature. For the last ten years Hasan’s work has been informed by realism which led him to explore Da Vinci’s illustrations and Rodin’s sculptures. The work on show here is a continuation of his exploration of classic European portraiture through the traditional technique of miniature painting.

The works Dante and Virgil in Hell and Dante and Virgil in Hell II are a re-interpration of William-Adolphe Bouguereau’s classic work Dante & Virgil in Hell. True to his homage, both paintings have precise draughtsmanship and the grotesquely, heavily-sinewed bodies are resonating with drama and tension drawing the viewer closer to admire their haunting beauty. The artist himself says of these paintings Bouguereau’s Dante and Virgil in Hell is one of his favourite works from the French realism period. However, he has deconstructed the original into two component parts, and examined both protagonists from Dante’s Inferno scene individually, and when viewed next to each other, in opposition as well. The process of re-interpreting a historic and important work of art draws attention to Hasan’s considerable skill.

Isabella Brant with Surveillance Camera is also particular favourite of the artist himself. The painting is a humorous take on Isabella’s sharp eyed gaze and Hasan compares her gaze to a surveillance camera. True to Hasan’s style, the pieces have been executed to perfection and succeed in displaying intensity in Isabella’s expression. Her eyes are boring right into the viewer, intruding into the viewer’s mind, body and soul similar to how state and private enterprise are monitoring and capturing our thoughts and images.

Irfan Hasan has exhibited extensively in Pakistan and abroad. He is excited about his upcoming show in New York at the Leila Heller Gallery where he is exhibiting alongside other important Pakistani artists 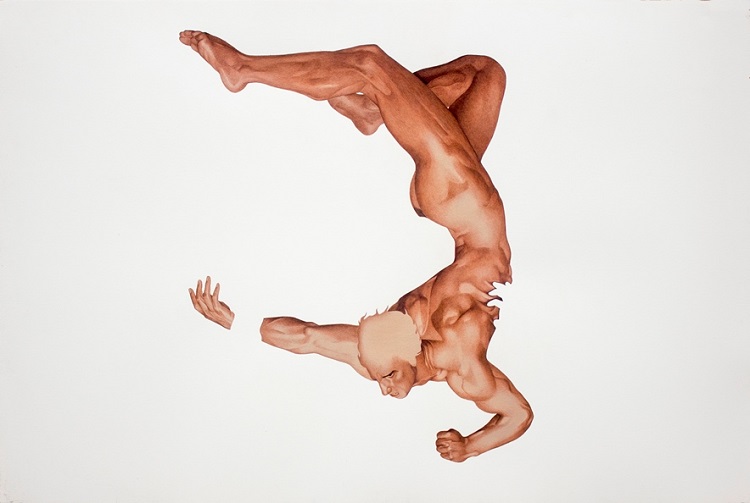 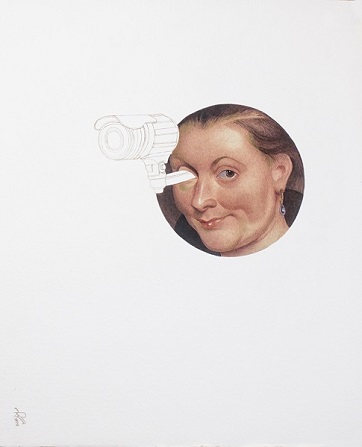 To conclude, the show is a much needed respite from the constant negative press from Pakistan. It shows that there is more to offer in Pakistan than just what we are fed by the national and international media. With Malala Yousafzai winning the Nobel Peace Prize in the same week as this show was launched, Canvas Gallery and Grosvenor Gallery have curated an exhibition that has showcased some of the best young talent emerging from Pakistan in years.  This writer feels strongly that we will be hearing more about these artists for many years.