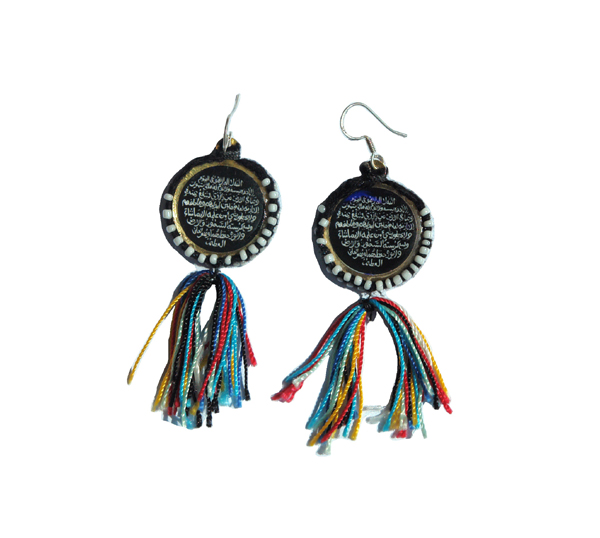 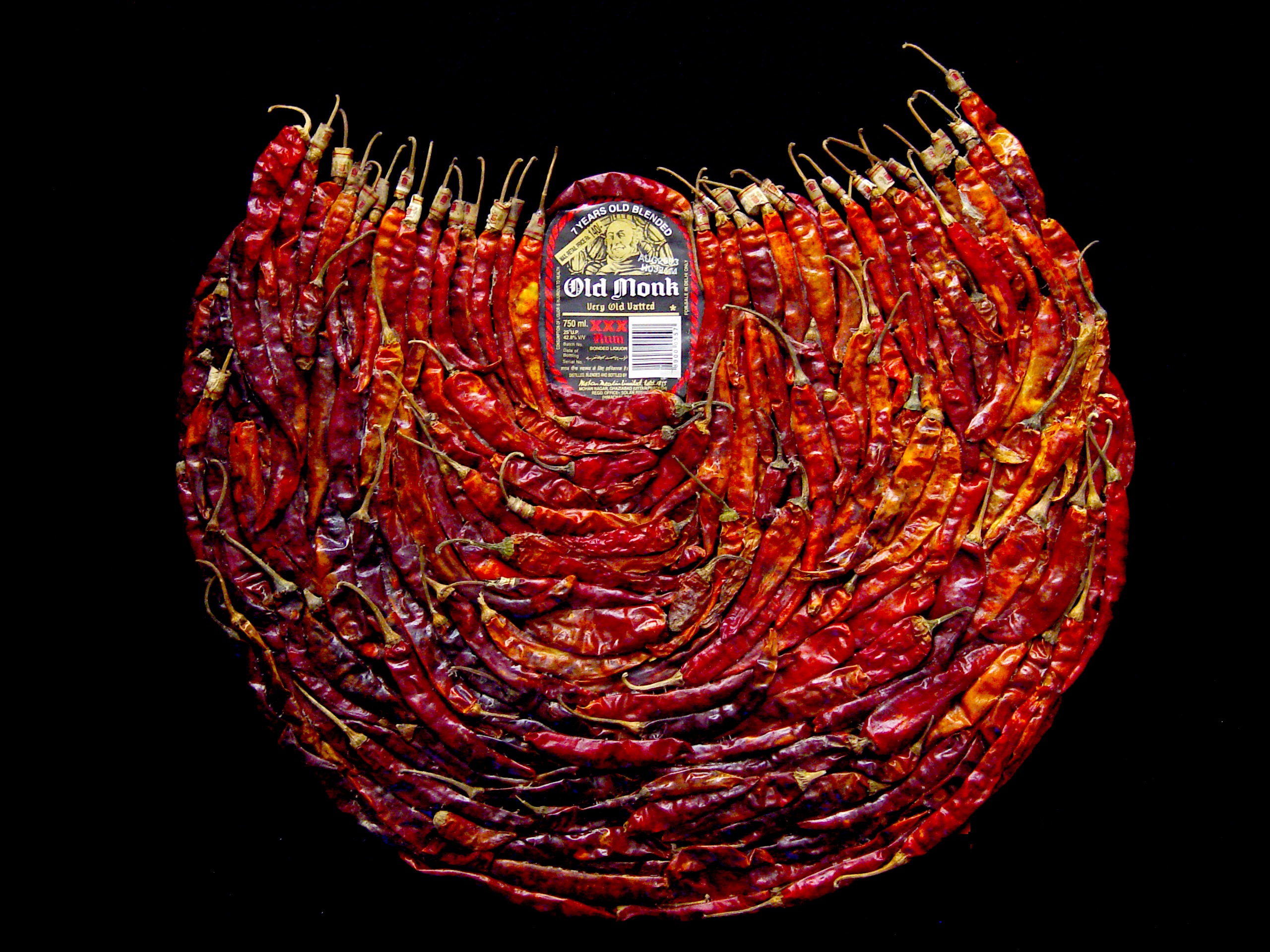 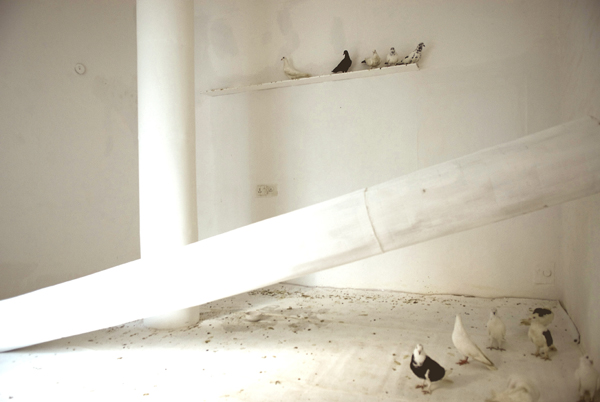 AN: What kinds of mediums have you worked in and what do you like best?
MS: I have worked with all kinds of mixed media and materials in painting, jewelry, and installations. I am happy working with mixed media, collage, feels close to my nature. But I have also experienced that my minimal works are inclusive and crystalized. In both cases I prefer to use nontraditional mediums, from nail polishes, fingernails, chilies, wings to bones, paints, and living birds, etc. .
AN: Are there times when you can’t be creative? How do you handle periods of “artist block?”
MS: There are many times when I am not creative, which usually puts me in a state of anxiety, lack of confidence, disillusionment, and a stubborn resistance to compromise. It’s sometimes looked upon by my fellow artists as the unwillingness to produce. However, I don’t see it that way. Making art is not just a manual practice, it’s like a cardiovascular system, which means it’s a serious activity but full of enthusiasm, warmth, movement, color and life.
At the same time, I do not discount the usefulness of work that may be mundane and insipid because it can be your bread and butter when you can’t be creative and fills the gaps and holes of the creative process that may be invisible to naked eye.
Most importantly, plateaus such as these help disperse fixed regimented ideas. However, such patches of silence are difficult to handle when I like the noise and chaos. I handle my blocks very impatiently.
White Gravities, mixed media, live birds
AN: What’s next? Do you have any current or upcoming exhibitions of your work? Any special projects you’re involved in right now?
MS: I have a couple of group shows lined up in India and a solo at Rohtas gallery in Lahore later in the year.
As of now, there is quite a body of work lying in my studio from jewelry pieces, objects/installations, and large-scale newspaper collage drawings. I am toying with the idea of combining these forms to break away from my usual one-piece art.
I would like to teach art in India like I was doing in Pakistan. Iam interested in some site specific projects, after doing one at Delhi’s Khoj Studio with live birds and space.
– See more at: http://www.artnowpakistan.com/articles.php?article=Masooma-Syed#sthash.e2BdOZfg.dpuf