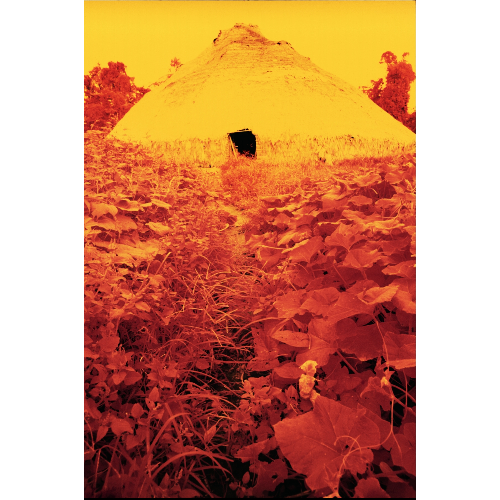 Claudia Andujar, The Yanomami Struggle
By Shireen Ikramullah Khan“I am connected to the indigenous, to the land, to the primary struggle. All of that moves me deeply. Everything seems essential. Perhaps I have always searched for the answer to the meaning of life in this essential core. I was driven there, to the Amazon jungle, for this reason. It was instinctive. I was looking to find myself.” Claudia Andujar

An impressive exhibition in Paris stipulates a pressing perception into the culture of one of Brazil’s main native groups and Claudia Andujar’s affiliation with it.

Claudia Andujar is one of the most important photographers living in Brazil. She has devoted much of her life to photographing and defending the cause of the Yanomami Indians, one of the largest indigenous communities in the Brazilian Amazon. She has played a key role in the demarcation of Yanomami territory which has been essential to the survival of the people and their culture. The exhibition titled ‘The Yanomami Struggle’ at the Fondation cartier pour l’art contemporain in Paris is the largest one dedicated to the work of Claudia Andujar. She has devoted over five decades of her life to photographing and protecting the native group.

Andujar’s profile is complex and its impact on her work is central to the exhibition which was originally curated by Thyago Nogueira for the Instituto Moreira Salles, Brazil, in 2019, and encompasses 300 photographs from the photographer’s extensive archive, a series of Yanomami drawings as well as her audio- visual installation Genocide of the Yanomami: Death of Brazil. The exhibition has been divided into two sections, the first presenting the photographs from Andujar’s first seven years living with the Yanomami and the second presenting a body of work she produced during her period of activism. A timeline of her life, and noteworthy proceedings adjoining it, runs through the show, giving framework to the images exhibited. The photographer was born in Switzerland in 1931 and grew up in Oradea, a town on the Romanian-Hungarian border. Her parents divorced when Andujar was nine and the beginning of World War II caused her father, and her paternal relatives murdered at Auschwitz and Dachau concentration camps. She fled with her mother to Switzerland, from where she moved to New York for several years before rejoining her mother in São Paulo, Brazil, in 1955. It was here that Andujar’s relationship with photography, and her interest in ostracized and susceptible communities, increasingly ethnic societies developed as she journeyed across the country documenting what she encountered.

She first met the Yanomami in 1971 while working on an article about the Amazon, captivated by the ethos of this unique society she decided to embark on a comprehensive photographic essay on their daily life after accepting a Guggenheim fellowship to maintain the project. The photographs she made during this period show how she experimented with a variety of photographic techniques. She also developed a sequence of sombre black and white portraits that characterise the poise, solemnity and compassion of the Yanomami. For this Andujar focussed closely on faces and body fragments using vivid chiaroscuro to create
a feeling of tenderness. Amongst the many photographs taken during this period, a selection of drawings representing Yanomami myths, rituals and shamanic visions are also on display. Interestingly Andujar initiated this drawing project whereby affiliates of the said community were given the prospect to epitomise their own formations of nature using markers and paper.

Trancelike images hovering from the ceiling deliver windows into the Yanomami’s everyday lives and Andujar’s imprint of them. Bleary and conceptualised, with many rendered in intense colour, the photographs radiate movement and life: meaningful responses to the magical existence of a people the photographer was only just beginning to appreciate.

Andujar established an appealing aesthetic that was purposefully abstract. She would often smear Vaseline to her camera, allowing the edges of some images to melt away. The photographer employed infrared film and coloured filters to augment the qualities of her colour work. The dimness of the thick forest and insides of the Yanomami’s homes required sensitive film and slow shutter speeds, which further blurred some stills. What eventually materialised was an extraordinary portrayal of Yanomami life, an artistic reaction to an increasingly ethereal existence, and a record of Andujar’s artistic development, which was deviating further and further from her photojournalistic roots.

On the lower floor of the exhibition, a feeling of silence and solemnity take over. In 1977, the National Indian Foundation, the branch of the Brazilian government fervent to policies related to indigenous people, denied Andujar authorization to return to the Yanomami. During the beginning of the decade, the government being a totalitarian military dictatorship, founded a development program that would industrialise vast strips of the Amazon. The building of the Perimetral Norte highway, a section of the premeditated Transamazonian highway that cut through indigenous people’s land, was initiated in 1973 and exposed the Yanomami to disease and struggle, resulting in the deaths of thousands. The government recognized Andujar as a threat and spokesperson for the predicament of indigenous cultures, which is what she became in the decades that followed. In the time it took her to regain access, she published three books, which heightened awareness of the Yanomami’s hardship among a wider demographic. Eventually the photographer sidelined her creative practice and became the channel for her activism.

In the series Marcados, from which a selection of images is exhibited on the exposition’s lower floor, black and white headshots border members of the Yanomami wearing large, numbered tags around their necks. Andujar originally took the photographs in service of a vaccination program launched by the CCPY in 1980, to identify members of the community in their medical records. However, returning to the work some years later, the photographer drew parallels between the numbered tags and the markings tattooed on the prisoners of Nazi concentration camps, her father and his family included. In 1992, the Yanomami’s land was finally demarcated, but did not conclude their struggle, which has intensified today under the current Brazilian president Jair Bolsonaro. He believes that Brazil’s native communities should be assimilated into Western society. His election, part-way through the exhibition’s conception, imbued the project with a heightened importance and implication. Andujar’s show so skillfully exemplifies her work which has become an everlasting and prevailing record of the troubled history of a society under continuing risk.

Claudia Andujar: The Yanomami Struggle is on show at Fondation Cartier pour l’art contemporain, Paris, until 10 May 2020.