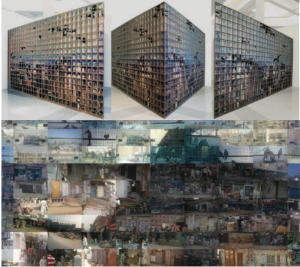 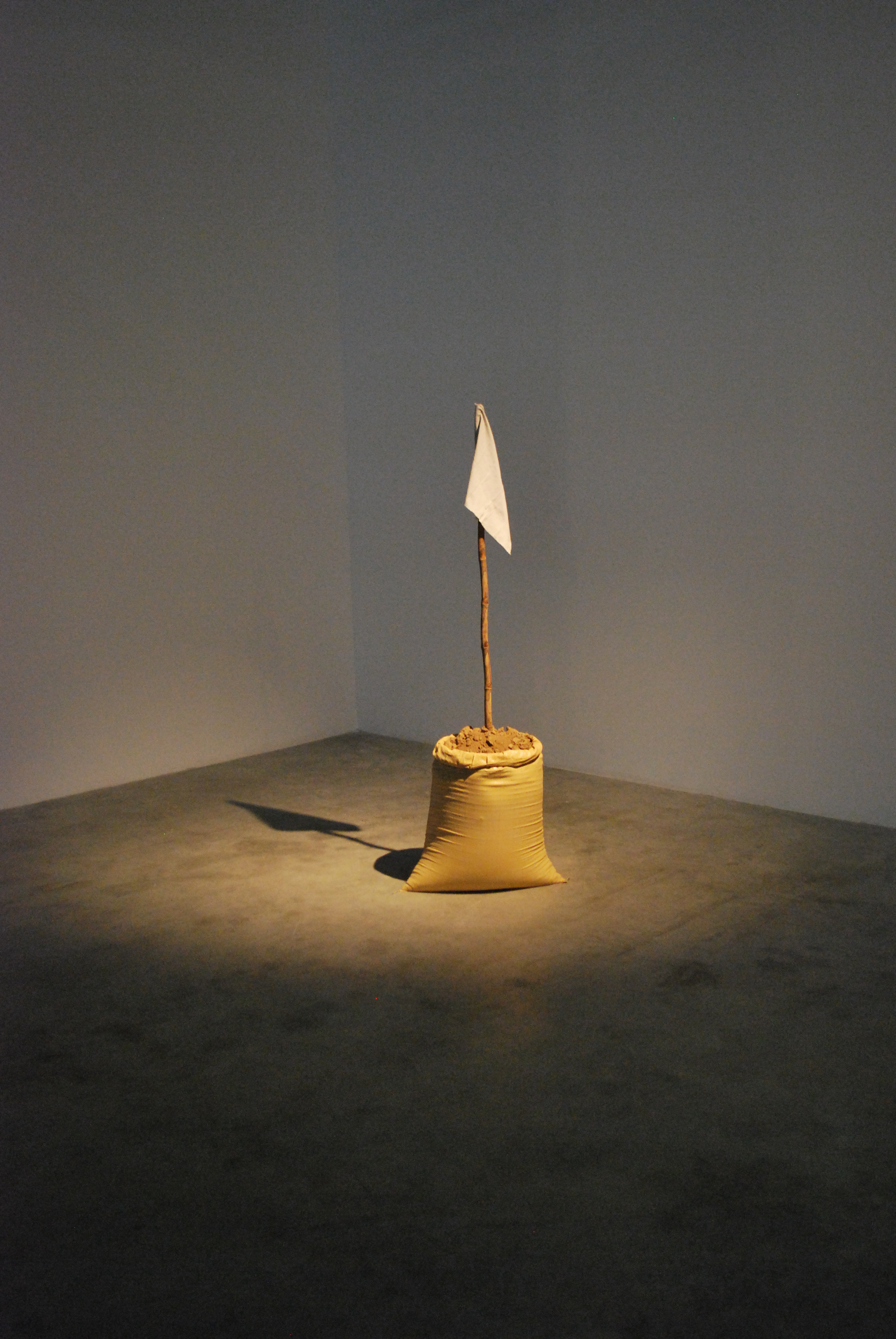 Exit Strategy at IAF 2019: A Nest of Non-Conformity

Supremely committed to multi-disciplinary practices and an alternative pedagogy that offers a wide scope of thinking, making and sharing, the School of Visual Arts and Design (SVAD) at the Beacon house National University (BNU), adds a relevant dimension to our understanding of creative expression. Many of the works produced with this intent and understanding add to the mutilation and evolution of Art and debate the history of ideas within the changing global contexts of learning. The approaches to making are idea-driven, inquiry-based and laterally aligned. Hence the possibilities for outcome are immense and not so entrenched in a limited set of mediums, formats or materials. With strong leadership, the School transcends geographical territories and cultural boundaries, and continuously seeks to unburden itself from indigenous art histories, fixed ethnic identities and preconceived expectations of ‘the other’,

Negotiating with the expanding definitions of art, BNU, SVAD brings forth Exit Strategy, a group show of 45 artists and designers at The National Art Gallery, PNCA for the Islamabad Art Fest 2019 (November 17-30, 2019). Curated by Risham Syed, co-curated by Sundas Azfer and Hifsa Farooq as the Assistant Curator, the exhibition is a mini retrospective of 16 years of institutional synergy. The participants include faculty and alumni whose iconic works define the code and philosophy of the School over a decade and a half.

Risham Syed, the curator, selects artists who undergo critical processes of research and invent new methods of creating work. According to her, participants engage ‘with pertinent questions of history, with ideas of materiality and [with varying] modes of interpretation. [They bring] together remarkable depth and multiplicity of thought [and] open up avenues that are acutely personal yet grounded in the reality [our] times.”

The highlight of the show is Rashid Rana’s monumental installation, A News-Archive Video-Still of Dead-Birds Flying-II, produced in 2007 to pay homage to his mentor Zahoor ul Akhlaq. The work presents us with the artist’s iconic dualities and paradoxical (visual and conceptual) perspectives on space, time and tradition through the proximal and the remote. Dead Bird Flying, too, has an inherent semantic contradiction, and is indicative of the history associated with 911. One facade of the cubical form mirrors only the space around it, while another side represents a macro view of a cityscape with birds flying over several high-rise buildings. A closer view takes the viewer into thousands of micro images of birdcages usually placed on rooftops in the city of Lahore.

Hamra Abbas’s video, Why do fake hands not clap, comprises of a dozen sets of hands (plaster casts) in clapping motion. The disintegration of plaster into broken shards due to the act of applause produces an unnerving soundtrack to represent a destructive impulse or a disconnect between our collective system of appreciation and validation.

Hijab Saeed’s Dastaan e Mu’afa is a game designed to discover mythology and folklore rooted in local tradition with extraordinary tales of love struck giants, captured fairies, distressed princes, and supernatural objects with magical powers. The interaction invites one on a journey with the protagonist (Mu’afa), meet various characters and make decisions with a sense of agency and originality to determine the remaining narrative. Haider Ali Jan works with animation, Maula Jutt, inspired from a series of Pakistani films from the late 70s and 80s that introduced the idea of vigilante justice against the authority and established a new kind of hierarchy of the woman in relation to the male protagonist.

Imran Ahmed Khan builds a kinetic installation, Live the Impossible, with an old British celling fan entangled in a metal stand. The work reinforces the idea of constraint, control, power and tenacity within a society. The fan blades move clock-wise after every 9 seconds for 2 seconds while trapped in a subtle protest of form and material. Uzair Shahid also constructs a kinetic installation with a Persian rug to challenge the conventional significance of objects and imagery while manipulating their utility. Ehsan ul Haq’s practice investigates idea of human as an central, egotistical being, yet ironically commenting on the purposelessness of human existence in the wider, more universal, network of functionalities. In Conversation 3, he creates interaction between a fan, a microphone, amplifier, loudspeaker, ladder, chair and a plant.

Ghulam Mohammad, in Memories, uses paper cut-outs and bottles on acrylic to talk about the paradoxical limitation of language within an inherent inability to convey meaning because it leaves behind (during its construction) some abstract emotions and sensations that are crucial to an identity. Aarish Sardar in his installation, Situation, Solution, Etc…, works with acrylic light boxes to deal with ideas of situational glitches and their momentary solutions.

Aroosa Naz Rana’s single channel video projection, Superman, holds the thought that all creations are reflective of the ethos of its time and that ideas bring a baggage of history with them. However, Aroosa believes that time, itself, is “a nebulous constellation of ideas” which then raises questions on the role of conventional chronology in the formation of ideas. Basir Mahmood’s single channel video projection, Monument of Arrival and Return, is about the porters of Lahore railway station, whom he saw and observed while growing up in the same city.

Syeda Fateen Mehmood explores the “temporal duality of objects and non-objects in a hegemonic space to discover magnificence in unusual places” in The Echo Chamber, a video she made in 2018. There is an “implied pseudo-theatrical sublimity” in her work, which creates friction with internal and external realities. Abeer Loan in her video, titled Bedrooms, presents the monotonous routine and banal lifestyle of a girl living away from home in Lahore. Hifsa Farooq, in her work Hello Kitty observes one-room apartments and stumbles upon a laborers room where she finds a Hello Kitty doll, which the laborer had bought for one of his children to give as a present when he returns home.

Muzzumil Ruheel deliberates over written language. In his work, Misunderstanding, he explores how words and certain syllables in them play a role at some critical moments of understanding; moments of being misunderstood, moments of being misrepresented or moments of being deliberately evasive. Reema Qadeer pays tribute to the Hybridity of Roman Urdu by building lenticular prints. She believes that language is modified and restructured as new words and terminologies evolve. By collating two opposite characters (from two languages), she creates new meanings through an amalgamation of two forms of linguistics. Zainab Saghir Barlas plays with non-alphanumeric glyph and punctuation marks that serve as silent ‘fringes’ of our written language. Mariam Waheed also uses text to question perceptions and hierarchies in the art world. She carefully considers the instagrammability of her work, thereby reinforcing her idea of looking at the world through the myopic lens of social media.

Omair Faizullah in his digital print, The Discovery of Ash, subtracts time, meaning, material and context from classical paintings while only retaining some sections of the original composition to re-imagine hierarchies, mediums and power dynamics through a kind of digital impasto. Waleed Zafar’s practice is an exploration of various structures and patterns that exist within the socio-economic, religious or ethnic communities. In Camouflage, Unum Babar & Matt Kushan, observe and visually interpret local structures and aesthetics of domestic spaces (through color, pattern, imagery, recurring materials) that employ security measures to obscure imminent danger. Haseeb Khan maps out, through Google Maps, his personal data of everyday travel and overlays a years data onto each other, as one image. Each blue line represents a day’s activity. Ahmad Faizan Naveed comments on the transition from natural greenery to contemporary gardens and urban jungles in Building Construction, through a series of photo positive transparencies.

Muhammad Sufyan Baig’s multimedia installation creates an intermediate relation between space, object and gesture to investigate various states of existence. Amrit dysfunctions a stretched canvas using fabric, stretchers, spring balance, wires and knot bolts. Sara Aslam, in Utopian Fragments engages with the idea of home by using ephemeral objects and materials such as clay, soil, seeds and plants to create self-sustaining habitats. Rabia Ajaz works with mixed media on plaster to observe the lives of walls as being closely entwined to (and almost being inseparable from) lives that reside within them. Aisha Abid Hussain works on drawings through historical documents, scripts, photographs and text to make the personal into political. Madyha Leghari transcribes ideas about an image, word, representation, symbolism, abstraction, form, content, introspection and expression onto a third space. She creates The Impossible Describability of a Universe without Language, through a diagram that illustrates relationships between two or more formally incompatible systems of information.

Mehreen Murtaza’s inter-disciplinary quests come together in Mantiq of the Mantis. The artist ponders over the dichotomy between “transcendental matter and the materialized reality” and mulls over the possible or impossible points of reference where “rational systems of explanation fail to account for an experience”. Kubra Khademi’s performance still (photo by Masooma Rezaie) represents the artist wearing a headgear of a pedestrian sign (with a minimal pedestrian image) adjacent to another pedestrian signal in Paris, France.

Most of the participants experiment with a range of tools and mediums to track their artistic concerns. While the show puts considerably less emphasis on the potentials of design practices (if the terms ‘art’ and ‘design’ are not to be used and understood interchangeably, there are fluid crossovers between visual, textual and technological concerns – between traditional notions of painting and sculpture – between different dimensions – between research and practice – between form and object, and their possible extensions in time and space.

The language and meaning of Art has been traversing paradigms. It continues to push its borders and fields of inquiry; it is either aligned with the pulse of its time, reacts to its time, stands the test of time, or is ahead of its time. This show too, continues to debate the relevance of ideas, forms and objects. It celebrates critical moments and creative gestures since the School’s establishment in 2003. The works playfully dismantle conventional modes of artistic production and propose fresh strategies and new directions for contemporary visual communication