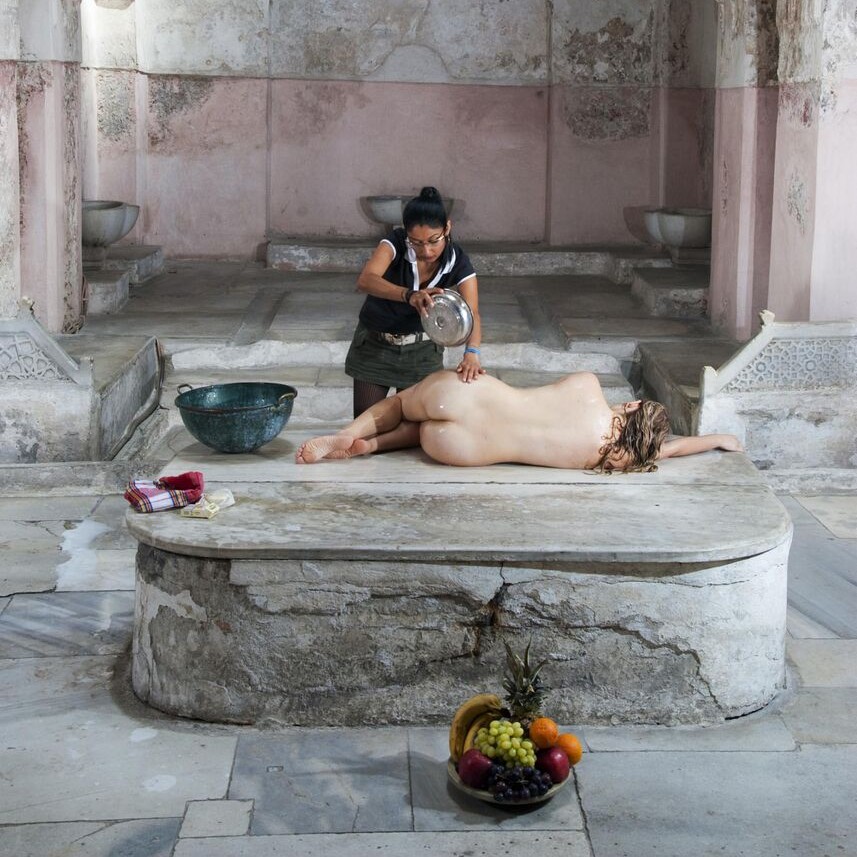 A valuable collaboration between one of Asia’s largest non-for-profit educational organizations and a leading Italian art museum brings contemporary Pakistani art to the foreground to empower the lesser-privileged. Art for Education: Contemporary Artists of Pakistan is curated by Pakistani activist-artist and critic Salima Hashmi and Italian-Australian critic and writer Rosa Maria Falvo. The exhibition/auction is the first Pakistani group show and a major collaboration between The Italian Friends of The Citizens Foundation and Museo Diocesano Carlo Maria Martini to be held on Italian soil. The show exhibits works of sixty Pakistani artists to generate funds for TCF’s schools – simultaneously it raises awareness of contemporary Pakistani society by spotlighting her women artists and their subjective perceptions of the country’s social history.

The Citizens Foundation is internationally renowned for its efforts in mitigating illiteracy in Pakistan for twenty-two years; the organization now operates an astounding one thousand and eighty-two (1,482) school units across the country. TCF schools charge minimal fee and in return they offer quality education to over two hundred-thousand students that are currently enrolled in areas where there is a dearth of even primary education. The Italian Friends of The Citizens Foundation is a support group and an Italian non-for-profit organization that raises funds for supporting women’s education through numerous events in Italy. Their current endeavor has generated a purposeful donation that has come through the auctioning of contemporary art from Pakistan. As the show includes young and mid-career male and female artists, it nevertheless emphasizes creativities of women; the generated funds simultaneously will be majorly used for advancing education among young girls in the lesser-privileged areas of Pakistan.

Naiza Khan, Nusra Latif Qureshi, Aisha Khalid, Imran Qureshi, Huma Mulji, Talha Rathore, and Adeel-uz-Zafar are some of the established artists included in the show. Naiza Khan’s Concrete Folly III is based on photographs of the Manora island that lies in the outskirts of Karachi. The screen print on paper establishes a mood; it explores the constructions around the island including the buildings that go under water as well. With gray and white hues, the work is powerfully reminiscent of the city’s urban infrastructure, urging rumination over the bulky constructions that tower in the city’s public space. Khan is one Pakistan’s most prolific artists; her works have been exhibited in international biennials, group, and solo shows across Asia, UK, and Europe.

Aisha Khalid’s All is Gray when the Black is Washed Away prudently explores femininity and woman hood. Using gouache that is quintessentially a medium used to make miniature paintings, Khalid paints a flower whose white and red bud is the only part that feels alive; the rest of the flower with its stem seems lifeless. The composition is symmetrical and balanced, Khalid paints miniature paintings that are responsive to contemporaneity and social issues. International success of her body of art is a testimony of her adeptness with form, concept and medium. Younger artists in the show (selected through competition) include Faiza Butt, Farida Batool, Sana Obaid, and Ali Raza among others. Their approach toward the medium is innovative as they draw, paint, and create digital works with a fresh perspective.

Art from Pakistan is multifarious; its rich history reveals multiple trends that were running simultaneously post-partition as artists dabbled with local and international influences. Subjective interpretations of Expressionism and Cubism prevailed in the early decades of Pakistan’s formation, where artists chose modern pictorial elements such as geometric reduction, abstraction, and grids to paint domestic subjects (women in traditional settings, rural areas, cityscapes, and landscapes among others). Parallel to Modern art was the Indo-Persian miniature painting (a genre that fuses Central Asian and Persian influences with indigenous Indian and Mughal painting) that experienced a nadir among the local literati in the early years of the country’s inception. With the advent of the politically fraught decade of 80s where governmental intervention repressed secular art forms and encouraged patronage of non-figurative and calligraphic art, artists especially women, publicly demonstrated. The result of this backlash saw an uprising of women artists, whose innovative works in miniature painting, sculpture, and contemporary art styles dominated the art scene. Salima Hashmi actively participated in the drafting and signing of the Women Artists Manifesto in 1983, an ambitious and courageous document that vowed support for women’s artistic achievements. It is thus no surprise that with Hashmi as one of the curators, the focus on women artists is so dedicated; the commitment toward bringing these artists in the limelight is evident in the shows she has organized and across her publications. In 1994, she curated An Intelligent Rebellion: Women Artists of Pakistan in Bradford, UK with Dr. Nima Poovaya-Smith that focused on the revival of art forms advanced by women artists since the 80s. Hanging Fire: Contemporary Art from Pakistan was shown in 2009 in the United States and received an excellent reception. Her writings have been published in compendiums and catalogs that discuss art from the Asian diaspora, international exhibitions, and triennials. Her current show with Rosa Maria Falvo at the Diocesan Museum multiplies these endeavors as art from Pakistan furthers the cause of providing education and mitigating class differences.

Coalescing rich art history with provision of education that diminishes class divisions is a triumph for Pakistan’s contemporary society. Over the years, TCF has grown beyond its vision of educating the lesser-privileged that was set two decades ago; it now runs adult literacy and volunteer-led programs whose positive affects can be seen in the lives of its recipients. Rahbar is probably one of its most well-renowned programs where volunteers dedicate their weekends to counsel TCF’s eighth and ninth graders. Rahbar (mentor) focuses on several core habit-forming values that aid these adolescents in envisioning a positive outlook on their lives. The program’s efficacy and popularity among the public can be seen in its figures; six thousand and five-hundred (6,500) mentors have been involved with over twenty-five thousand and three-hundred (25,300) mentees so far. TCF also organizes Career Counseling in its schools, an annual event in which volunteers counsel the students vis-à-vis their educational and career choices. These efforts go beyond; TCF steps right into the heart of its communities with Aagahi. This adult literacy program educates women with basic reading and writing skills. As of 2017, seventy five-thousand (75,000) Aagahi learners have been educated via four thousand and three-hundred (4,300) literacy centers across the country. TCF also operates its college for higher secondary education and receives donations for its alumni who enroll in higher education in renowned universities and colleges across Pakistan.

From social stereotypes and gender roles to heritage, loss, urban realities and Western colonialism, art from the show argues facets of contemporary society afresh. With an exhibition like Art for Education, TCF’s mission, the curators’ purpose, and Pakistan’s art unite for a two-fold effect; contemporary art from the country gains a momentum as more avenues of funds are produced for the eradication of illiteracy. Art movements and educational efforts that began decades ago are further actualized in a show that could have been possible without commitment and energies of the involved parties.