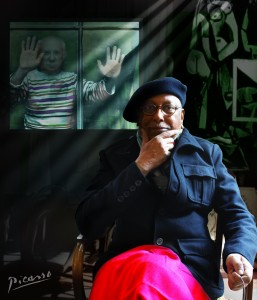 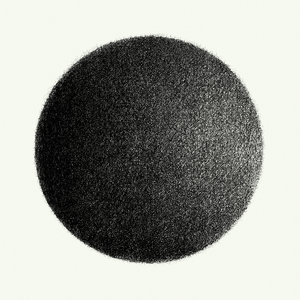 An ‘artwork’ on Imran Mir’s Papers

Belgian surrealist René Magritte (1898 –1967) delved into the philosophy and introspection of the visual. He negotiated and challenged form and representation. Pakistani artist Imran Mir (1950 – 2014) chose to call his visual retrospections: papers on abstract art. For me Mir through this mere act becomes an enigma ahead of his time, the contemporary art uni-scape is now pulsating to guess the equilibrium of this confusion: between research, academia and art, visual and text, practice and knowledge, representation and non-representation, objective, nonobjective and subjective, form follows function or function follows form? Am I supposed to read Mir’s papers or see them? Is there any difference between seeing and reading? Where do we draw a line? In Germany, the Bauhaus Weimar 1919, a revolutionary school of Art and Craft recruited an iconic faculty of painters for mentoring on design and craftsmanship. Geometry was the core vocabulary of image and thought in the Russian avant-garde movement Constructivism (1918–21), it reached Germany via artist El Lissitzky (1890 –1941) and evolved into Bauhaus. Off metaphysical, supernatural and spiritual deliberations, designer, artist and philanthropist, Mir’s excavations are infinite beginnings, his ‘paper one on abstract art’ lures on the line, on the miracle of singularity…on the possibility that it evokes from a single point in time – the paper reads ‘life line’ – life is line.

Mir’s geometric escapades are geographic. The tonal variation and gradient sings evolution. In his second paper form is charcoal and sand, submerged – in his fourth paper it breeds softly, like poetry and music, it appears like an eye shadow of galaxies. Mir took his artistic education from CIAC (Central Institute of Arts and Crafts Karachi) in 1971 and later studied at the prestigious Ontario College of Art and Design. Through this time his surge and his papers share an essence of a fourth dimension, an absolute or a higher spiritual reality derived from the geometric – it reminds one of Wassily Kandinsky and Kazimir Malevich – where symphonies of sound and fragments of shape elude on their own journey in space and time.

This retrospective piece on Imran Mir’s life and art is an art work. I take the leverage of calling it an ‘artwork’ on his papers. Mir’s visions converge between epochs of being, of milky ways, galaxies moving away from the spiral nebulae and breaking, making and shooting of stars. In historicity the time zone of Mir’s papers looks like twilight – as there is no barcode, no end or beginning – Artistically and universally, a vision which overlaps the elements of geometric and design-istic understanding into art and advertising – a diction which big bangs and dances in rotation of singularity, warmth, light or intensity.

Mir was known to have an ‘etiquette of life’ in synch with his art; his home/studio in Karachi, a life enriched of and open to the company of close artist friends and his advertising company Circuit are all a proof of that. His person and lifestyle were in absolute harmony with his deep-set, higher, visual dwellings. Paper three, five, six and seven almost proceed from brick to building and from there to home, in paper five and six there is a sense of space inside space – secured by space – to an allegory of connection and line overflowing with affection in paper six. Mir becomes a guru of his narrative by taking it one step forward each time. He is grounded in local contemporariness with a deep understanding of legendary modernist Zahoor ul Akhlaq’s vision. A baroque hallucinogenic, illusionism meets the ancestors and zenith of Islamic geometry, regular tessellations, infinity, repetition, Greek, Roman, Sasanian, polygon after polygon, circle for circle by circle, swims on a new wave, a new sea, in Mir’s continent.

Mir was a trailblazer in truth and metaphor. The celestial is his football field. His intellectual and visual pursuits became concrete through his act. Vladimir Tatlin (1885–1953) referred to composites of forms and objects, glass, wood etc. as ‘culture of material’ the essence of the material, volume, line, weight, form or colour deciphered its place in space, in the same way Mir’s mind is material for life – from being a founding member and instructor of the Indus Valley School of Art and Architecture to establishing the Citizen’s Foundation and an endeavour of the first Museum of Modern Art in Pakistan.

I was standing inside one of architect Frank Gehry’s buildings at Cambridge, Massachusetts last year and I felt succumbed and commented that it felt as I was standing inside a Frank Stella work on paper, my fellow colleague and a professor of architecture in BAC (Boston Architectural College) overheard and commented that Gehry and Stella were good friends and Gehry was always influenced by the works of his painter friends. He did not like architects. This memory occurred to me as for me Mir is the painter and architect of his owns visions, he dreams, believes, builds and achieves – he gives no room to chance for not letting his visions come to life – as for only a few of us foresee that chance is not merely chance after all. The multifarious cognisance of his life is exemplary.

In his article from (The News on Sunday – November 9, 2014) titled ‘Revisiting Imran Mir’, Quddus Mirza observes the ideas of Golden Section (from Greek period), perfect calculation of ideal human proportions (Leonardo da Vinci) and the art of Sublime (American Abstract Expressionism) as attributes of Mir’s work. He builds it further by saying “However all these were adapted and assimilated in such a manner that these links existed as points of departure and debate, and led to contemporary art of absolute originality”

The apex of anything is an arduous target; it requires pain and suffering, ambition and progression, patience and courage. The agility and secret of kinetics, horizon and magnitude of colour, romance of line – be it Alexander Calder (1898 – 1976), Piet Mondrian (1872 – 1944) or Paul Klee, Dan Flavin or Donald Judd, names and practices of form time-lapse through my mind when I see Mir’s imagination of image. The prism, pyramid and progression of paper pave pinholes and grids to reach out and become paper eight. Light needs points of entry – light changes the perception of being and locale, Cézanne carved cubism finding forms with light on the mountains, for Braque and Picasso to take ahead. Mir creates these entries of spirit, communion and light. Paper nine lives surreal, obscure and concealed – taped cross, opened loose, sliced off, seeped in. It is as rigorous and vigorous, concave and convex as life itself. Colour scape transcends to being sound-scape from paper nine onwards. Paper ten, eleven and twelve have a sense of radio emission coming from space. Systems are tattered – rhythms, ropes and beats form knots, tie and untie.

Mir swings, freely between sun, moon and all or no gravity.

This is an artwork on his papers.

It is my privilege.