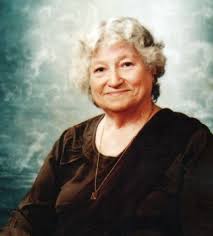 Anna Molka Ahmed was the first art teacher in Pakistan to take her students outdoors to paint their surroundings. Her own work, thick impasto impressions often appeared to capture the very essence of sunshine. Professor Emeritus, Punjab University Fine Arts Department, her work in the field of art education is incalculable. Her awards include: The President’s Medal for Pride of Performance, Tamgha-e-Imtiaz, and the Khudeja Tul Khubra Medal.

An English woman of mixed Russain and Polish parentage, at an early age Anna Molka was determined to make her life in art.  Defying parental disapproval, Anna achieved first a scholarship to St. Martin’s School of Art, London, followed by a scholarship from the Royal College of Art- and  in the process forging her father’s required signature.

Born in the Jewish faith, at the age of 18, Anna changed her religion, and for the rest of her life she was a devout Muslim.

In London art circles, the she met a fellow artist, Sheikh Ahmed and two years later they were married and Anna left London to make her home in the Punjab. Initially the couple had thought to open a printing press to publish books for children, but their plans did not work out. For this reason in 1940 Anna Molka answered an advertisement in the paper for a qualified artist to open a department of art for girls at the Punjab University. Anna duly made an appointment and in spite of important competition, she impressed the judges.

Some years ago in Lahore, the son of the artist AR Chughtai, showed me the catalogue of Anna’s work that she had assembled to show the Governing Board at that time. A.R.Chughtai, who was a member of the Board, took it home with him and carefully kept it as has his son.

Anna was appointed for the post and in Lahore, she established a Fine Arts Department for girls at the Punjab University in 1940.  She was thrilled with the opportunity, though there were restrictions. Sculpture was not allowed and handicrafts fully encouraged.

Later on Anna Molka indignantly discovered that the department had been opened by the Governing Body as they felt girls should be preparing for marriage, and not taking places in classes that should have gone to boys.

After partition Anna Molka was left with  just a few students, but she successfully built up the numbers and proceeded to head the department for over three decades. Initially admission was given to women under-graduates only, until the 1950s when a full fledged M.A. course was introduced and the department expanded to include young men.

Khalid Iqbal, although he was a prize winning student at the Slade School of Art, and  had been offered a teaching post there,  returned to Lahore. He opened the department for boys and Colin David was one of the first of three young men to join the Institute.

In 1952, Anna Molka initiated a custom of annual art exhibitions at the Punjab University, and printed a brochure to mark each occasion. These were the first exhibitions documented in Pakistan. The early art icons of the country, A.R.Chughtai and Ustad Allah Buksh contributed to the exhibitions by not only showing their own exquisite work to encourage the students,  but also donating gold and silver medals to the best paintings displayed.  That first year, a young artist named Ahmed Parvez won first prize, with a drawing made with crayons on newspaper. Even then Anna Molka and the Judges could see the artist’s potential.

It became Anna Molka’s ambition to train her students to establish fine arts department in Universitities throughout the country, and many gained recognition for their achievements in the field of art. Working constantly for the promotion of art left Anna little time for her own painting, though she held two impressive exhibitions in Karachi in the late 1960s. These were based on her views of the war as she had been one of the artists who visited the war damaged areas. She was so horrified by the sights she saw, she was unable to paint her impressions until after a year had passed.

It was during that exhibition held at the Pakistan American Cultural Center, Karachi, that I first encountered the artist. It was lunch time and the place was empty. I found Anna Molka seated there alone and we started a conversation. I asked why one of her paintings was placed behind a curtain. She explained it was because the subject was a farmer protecting his home and carrying his gun, and as she had painted him wearing a Dhoti without a shirt, the organizers felt someone may take offence!

It appeared at that time both of us thought it was amusing, and we both started laughing at this. From then on, we became good friends. I admired her tremendously and visited her often when in Lahore.

During the war in 1965, she had been in charge of a secret mission with a select group of chosen artists including Colin David.  Anna Molka had been assigned to creating `Dummy Tanks’. The group built and painted wooden structures of a size that from a distance, and through a telescope appeared to be  powerful tanks.

Always appearing optimistic, Anna had considerable sadness in her life. Leaving her family in England, she was unable to visit through the war years, and when the war was over, her beloved Mother had died. Anna had painted a portrait of her mother which was in her bedroom, and her Anna’s daughter Zara her told of how her mother would sit before the portrait and cry.

Anna Molka’s marriage broke down and Sheikh Ahmed went off to the States, but she had many good friends among the art community, and took great care of her daughters, making sure they were happy with friends around, birthday parties and outings.

It was after many years that she found the time and opportunity to show her work in Lahore in a solo exhibition. After her retirement in 1979, Anna Molka took great satisfaction in concentrating on her painting, still vibrant and full of interest in spite of health problems. Anna Molka still retained her love of outdoors and was  regularly accompanied by Ghulam Mustafa , who was by then Executive Director Punjab Arts Council.  One remembers paintings throughout her house, many wrapped up and stacked. At that time there was little appreciation for the artists work, though her devoted students were regular visitors. When they congratulated her on her awards, she tearfully told them she would prefer to give them back and exhibit her work.

In the later months of her life, she was confined to her bed, and unable to paint she wrote

Poetry. One remembers a poem that became the title of a book written on the artist, published by Ferozsons and the National College of Arts.; titled: `The Sun Blazes the Colours through my Window.’ In 1992, Anna Molka published a book of poetry containing 52 poems that was successfully launched at the Arts Council, Karachi.

Appreciation grew for Anna Molkia Ahmed’s work and the first solo exhibition of her work was held at the Lahore Museum in 1983.

In 2003 Anna Molka Ahmed passed away. A decade later the Pakistan National Council of the Arts organized a memorable retrospective exhibition of Anna Molka’s work which brought about a renewed interest. Ahmed Molka Ahmed’s paintings in the National Collection include: the Punjab Landscape, showing the sun drenched rural landscape that she loved; and a strong allegorical piece titled: Dance of Death portraying tyrants of the world throughout history. In her work the artist depicted the cruelty of mankind to mankind, while Death laughs and dances with joy.

From that time a renewed interest in the artist’s work was shown at home and abroad.