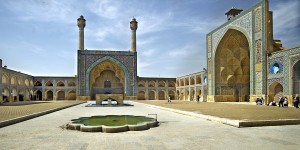 IftikharSalahuddin is an Ear, Nose and Throat surgeon in Karachi. He is an avid photographer, and his work has been exhibited in art galleries, and his photographs published in various magazines and newspapers.

His interest in history took root during his extensive travels through several Muslim countries. He has been invited on several occasions by universities in Pakistan to speak on Muslim history.  Based on his narration and photography a stage play, Jerusalem,  was  performed at the  Karachi Arts Council and at  Alhamra in Lahore.

He is the author of the book Jerusalem– A Journey Back in Time. He was one of the three authors awarded the 2013 Peace Prize sponsored by the Federal Republic of Germany and the Karachi Literature Festival. The award is given for books, which promote peace and understanding among peoples of the world.