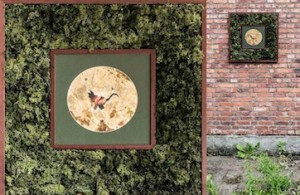 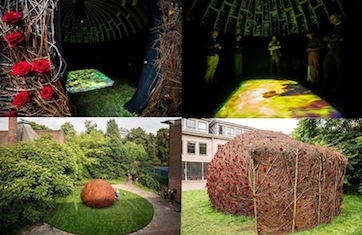 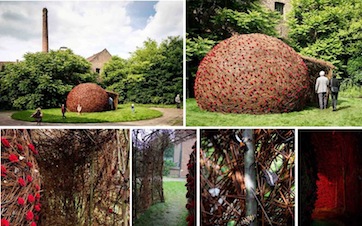 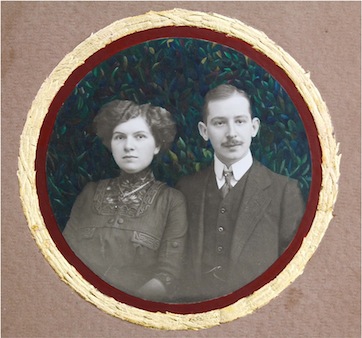 A Conversation with Wardha Shabbir

Wardha Shabbir is a Lahore-based miniature artist who recently undertook an Artist in Residence programme at FLACC, Belgium, where she created interactive installation art that stemmed but also radically deviated from her traditional miniature practice. Earlier this year, her work was displayed at the Dhaka Art Summit as part of ‘Ex-ist’ – an exhibition of contemporary art from Pakistan. ArtNow caught up with Shabbir as she prepared for her upcoming group show in Karachi.

Dua Abbas Rizvi: How did you move from a two-dimensional and traditional means of expression to one that employs the third dimension and multisensory experience?

Wardha Shabbir: Miniature painting is not as simple or concise as it looks. There are so many layers to it, so many procedures, and it employs such a variety of symbols that it is anything but simple, even though it gives an illusion of being so. That is basically what has made me want to explore, increasingly in the last two to three years, other forms of expression that it could lead to.

DAR: Was there also any artwork in particular that you were struck by, or any experience, that brought about or furthered this interest in installation art?

WS: I would say it was the viewers’ reactions to my work. When I saw them pause in front of a work and look at it, think about it, I wanted to lead them by their fingers further into my world. I wanted to be able to enhance and guide their experience of it.

DAR: I understand how an artist could derive satisfaction from having that kind of command over the viewership of their work but would it not be equally rewarding to hear or see a viewer’s own response to that work, which could sometimes be very different from what the artist had expected and, therefore, all the more enlightening?

WS: That’s going to happen anyway. That cannot be helped, because every human being is different and how they see things, perceive things will always be different. This is what makes a human being interesting. This is what adds to my own work. I don’t think I can force the experience of it to be restrictive.

DAR: What would you say was the most crucial lesson that you learned at FLACC, during your residency? Any dialogue or memory that remains particularly special?

WS: It was when people actually got fascinated by going through the whole sensorium, and how they entered and viewed the work as I wanted them to, and how they emerged from it unsettled.

WS: Yes, because they were not expecting the heat inside, they were not expecting the temperature fluctuation. Upon entering, they were suddenly looking 360 degrees and there was fire beneath their feet (not actual fire but a powerful illusion of it). So that was very interesting, and I think it was basically the joy of having such an audience. The audience there is much more receptive towards an artwork, they are much more aware of what is happening. The dialogue with such an audience is better. I communicated with interested viewers of all age groups – from nursery kids to old art collectors. So that was a very educational experience. I learned something new every day, I learned how to live on my own. I was representing Pakistan in a way, I had to prove myself and my country.

DAR: And you did spectacularly, there is no doubt about that. But were you disappointed, on returning, at the relatively narrower scope for installation art in Pakistan?

WS: Yes, I was. The first few months after coming back, I was shattered. I couldn’t go back to working on a two-dimensional surface because I had worked on such a massive scale that it was very hard for me to go back to a small one, like a two by two or four by four inch surface. But I suppose there is still a greater inclination towards painting than installation-based artwork here. And there isn’t enough funding for the latter.

DAR: How do you think local curators can play a role in changing this?

WS: I think they should care less about their walls. If I mention, for instance, that I want to put grass on your walls, they make such a devastated face that I know it’s a no. I think they should invest in the artist, in younger artists or artists who want to experiment. There are a few contemporary galleries who do this. Like the gallery I did my solo with encouraged and even funded me to an extent.

DAR: What are you working on these days? Tell us about your upcoming projects or shows.

WS: I have a group show coming up at Chawkandi Art, Karachi, so I’m working on that at the moment. I’m mostly done with the work – it’s a series of paintings. And something new that I’m trying – I’m painting on top of books that are covered with gold leaf. It’s a new experience again. I try to shift my medium every time.

DAR: Earlier this year, you displayed some pieces at the Dhaka Art Summit, which were old photographs that you had worked on. Can you tell us a little about that series in terms of a) the technical challenge posed by working on something that antique and fragile, and b) the thematic connections you made by working on them?

WS: That series was called Image of an Image. At first, when I saw those pictures, nothing came to my mind, so I had to spend a good amount of time – roughly six months – with them. I would look at them every day, and think – how can I work on them? Because if you’re working on original photographs, then they’re just not photographs, they become art pieces.

DAR: Exactly. They were one of a kind, there were no copies, that must have been intimidating.

WS: Yes, it was. The sitters from those pictures are gone, so I had the feeling that if I was their negotiator, I was rewriting their histories and stories. I needed to tell their stories in a way that made me look for common things between their civilisation and mine. The first similarity I was struck by was how people used to pose. I skimmed through a lot of albums, and everywhere, everyone would just be posing. That posing part became very fake to me, it sort of connected with my earlier practice and how I see mankind taking on different personas or masks. So I thought that maybe I should unveil or connect the whole idea of posing with what was going on in our Subcontinent as well. Because I was reading up on the history of miniature painting as well, posed realities of people became a point of interest for me.

DAR: You incorporated patterns into these photographs, accentuated certain areas and toned down others in order to heighten this sense of posed reality?

WS: Not actually just to heighten it. It was almost as if I was joining the two centuries together. I wanted to. If I had a 19th century European photograph, for example, I would look at paintings from the same time from over here (the Mughal school mainly), see how things were being portrayed in those and then take certain elements from them and add them to that photograph. So it was about weaving the two into one – making a glocal concept.

DAR: How important is it for a miniature artist to maintain a relationship with traditional miniature painting?

WS: I think a miniature artist’s work should always look like a miniature artist’s. It’s just that when you enhance your understanding of a certain thing, it becomes more interesting to you. The deeper my understanding is of a traditional miniature painting, the more I get interested in it and then the same elements come into my work, because I can interpret them personally by identifying them everywhere around me. By living in a Pahari school right now, because Lahore is from the Pahari school, I can actually look at the trees and identify them from having seen their representations in different miniature paintings. Or people’s side profiles, because we Lahore-based people have certain kinds of features – you look at their depiction in these paintings and understand them more. We are basically living what these painters painted in the past. Take also our knack for overdoing things – it’s in our culture, it’s in our clothes and makeup, our architecture and music, and it’s in our paintings as well.

DAR: How much has travelling helped develop your artistic vocabulary?

WS: A lot. I think it really matters if you travel and visit places. There is a lot to be learned even from different languages, the way people speak, their expressions and accents, the way they walk, how their buildings are, how the weather is, and how their culture is. It influences your work. Obviously, you cannot live in a box.

DAR: Do you ever wonder why there are certain symbols that keep recurring in your work?

WS: One thing that won’t leave is the line – that will always be there. That is what fascinates me. I will never be fully satisfied with my exploration of it.

DAR: Do you see nature as a benign or a malevolent force? It is both, of course, as our own experiences and mythologies and origin stories, poetry and literature, tell us. But your work, to me, makes it seem more like a destructive force – it has a subtext of violence.

WS: I think it’s because it depicts an element of transformation.

DAR: Change is always violent, true. Even if it’s for the better, the process of change itself is violent. The beautiful thing about it is that it’s not always the raging and raving kind of violent, it can be very quietly violent too.

WS: This is the way nature is.

DAR: And you use gold, which is, cursorily speaking, all about splendour and glory but the way you use it and draw on it makes it look earthy and almost stifling.

WS: I want the viewer to question. I want him to be attracted, come closer and then really engage with my work. I think nature also weaves in people’s personalities. It absorbs and lets absorb. And although my paintings are usually about transformation, I try to add an element of hope to them. That’s why I don’t present the final image. I believe we remain in a state of transformation our entire lives.