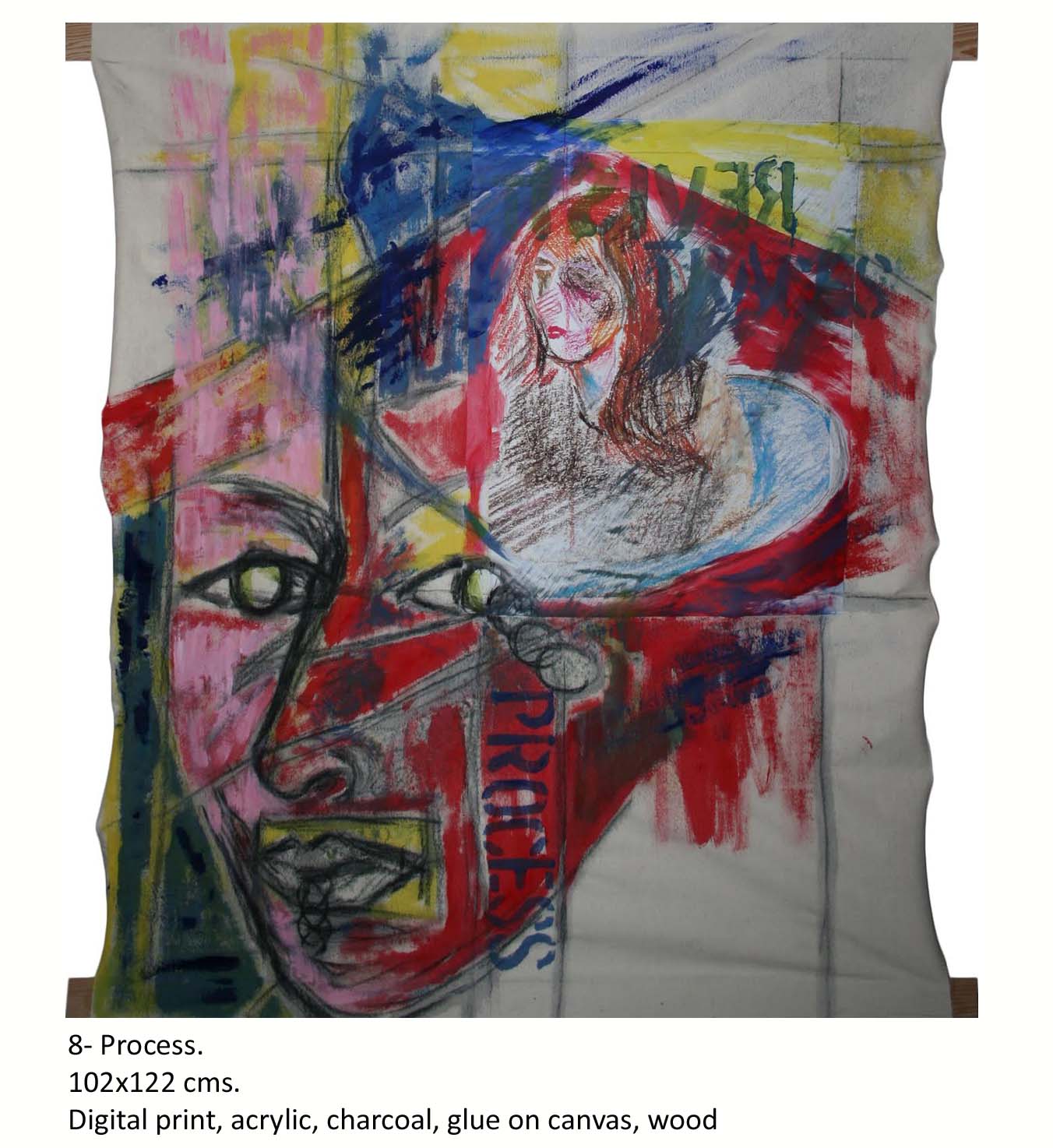 Artists have often been censured for being selfish; pursuing solitary practices, taking their own time to create their best, and then presenting to th

Artists have often been censured for being selfish; pursuing solitary practices, taking their own time to create their best, and then presenting to the world a reflection of the experiences they have soaked in and churned out as the final outcome. However, while it may be necessary for artists to work in this manner in order for their art to be of utmost quality, it is often important for them to be able to break out from independent creation to a more collaborative process.

The ‘collaboration’ can be a process between people of two or more disciplines (such as a fashion designer and visual artist) or within the same field (such as a painter and sculptor, painter and painter, etc.), and can take up a variety of expressions. Diving back into the Mughal era of the 16th and 17th centuries where miniature paintings comprised royal ateliers of artists who divided the tasks of painting different motifs to create completed paintings, to Western art of the late 20th century with artist duos such as Marina Abramovic and Ulay, and Andy Warhol and Jean-Michel Basquiat creating iconic performance art pieces and a series of quirky collaborative paintings respectively, the collaborative act has spanned over centuries with a shift in the intent and execution of this process.

Interestingly, artists have used collaborations to complete large scale works for centuries, but the myth of the ‘lone artist’, promulgated by Giorgio Vasari in his 1568 publication Lives of the Artists, whereby artistic skill was ‘endowed upon chosen individuals by gods’, was not questioned by the public until the 1960s and 1970s. Today, the artistic duo Gilbert and George, that consider themselves as a single artist, are perhaps most influential in creating a successful model of artistic co-authoring. And perhaps just as successful in their recent collaborative efforts have been Shireen Ikramullah Khan and Anjum Alix Noon, who showcased their new works at a show titled ’12 faces 12 spaces’ at Full Circle Gallery.

The first collaboration between the two artists took place at Satrang Gallery in Islamabad, which provided the impetus for the second one at Full Circle Gallery, Karachi. Interestingly, the method of collaboration in both shows varied a little: In the former, the duo developed their paintings along a process of exchanging a set of 15 canvases between each other. For the second exhibition, the artists exchanged six digitalized personal artworks/sketches with each other, and via a process of ‘REVISIT- EXCHANGE- PROCESS’, appropriated that imagery into their own works.

Upon entering Full Circle Gallery, it was interesting to see a correlation between loosely hung canvases, works on lasani boards as well as works on watercolor paper framed with lasani. While the method of display and surface medium varied with respect to each artist’s personal choices revealing their individuality, it can be paradoxically stated that the works did not seem to be done by two different artists; this feature, perhaps, marked the collaboration successful.

Noon and Ikramullah’s pieces were inundated with bursts of color; loose, flamboyant strokes as well as glimpses of text and portraits. Endurance caught ones attention at first because of its irregular framing as well as an abundance of red in the form of circles and lines. Looking closely, amid the child-like strokes of color, one could see a repetition of the form of a man in struggle, evidently trying hard to push something. While the red could signify passion and vigor, the shapes it created reminded one of Hercules striving to lift boulders and columns and thus, justifying the title of the piece.

Transition and process attracted the viewer with its fluorescent colors and configuration of geometric shapes. In the foreground, one could see an introspective face and the bottom view of a person who seemed to be in a disturbed state, yet another perspective would reveal the same figure at rest. The mixed media comprising digital print, charcoal, acrylic paint, spray paint, and oil pastel brought about the dichotomies of the transitory period.

Process reverse displayed slightly austere imagery that reminded one of women’s issues; more specifically the feeling of entrapment and striving to break free, signified by repeated lines and silhouettes of women in various positions of reflection and action. Irregularly stenciled words such as ‘reverse’ and ‘sound’, amidst stark forms of charcoal and a sprinkle of random yellow letters gave the piece an edgy, unsettling feel.

According to Anjum Alix Noon, she uses ‘recognizable motifs and symbols’ such as ‘the lips, the hand, the crow, the bar wire, bloodstains and drops and the radioactive symbol’ which are ‘innuendoes of social commentary to juxtapose alongside beauty, glamour and desire’. Shireen Ikramullah, on the other hand, mentions that her pieces ‘are different facets/faces of (her) imagination. Reimagining space within space. Impulsivity and Inhibition engaged side by side‘.

It takes courage for an artist to let go of their innate selfish need for control and choose to share their creative process via the acts of co-creation, cooperation and flexibility. Helen Keller once said, “Alone we can do so little; together we can do so much”. Perhaps Noon and Ikramullah understood this as they worked with the unexpected and played with the element of surprise— both for themselves as well as the viewer.