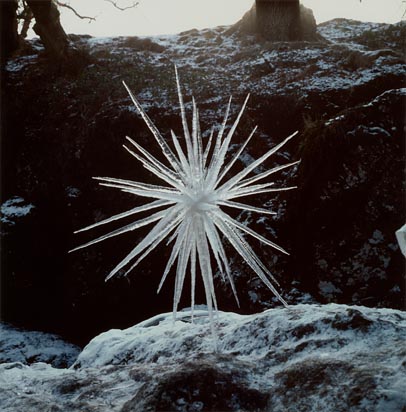 ‘We are such stuff / As dreams are made on…’

Long before John Keats wrote of the immortality of a Grecian urn, its fossilised occupants, and the permanence of art, the elite of 3rd century Egypt were getting embalmed and coffined with portraits of themselves painted on wooden panels. As they changed states and exited life, their encaustic likenesses fell right into their vacant places – dark-haired, large-eyed, dramatically beautiful and, above all, timeless. In the Fayum portraits of Roman-ruled Egypt, we see The Picture of Dorian Gray played out as it should have (according to the prevailing moral sensibilities of Wilde’s day, anyway) – the model mortal, his painted image indelible. For the sitters of these portraits, it was important that their most flattering depictions accompanied them to the afterlife. It was also convenient that these depictions could not decay or alter, making it forever possible for their wandering spirits to relocate their bodies.

A facsimile of John Keats, too, outlived him. A life mask and a death mask bearing the imprints of his features can be seen in the house in Rome where he spent his final days. The ability of art to ‘remain, in midst of other woe/Than ours, a friend to man’ seems to have inspired in minds dating a little further back in time a degree of reverence that diminished with the advent of the 21st century. While works of art continue to accrete historic and monetary value based on how well they have stood the test of time (in many cases, they are aided by the science of restoration), a post-modern surge of interest in installation, conceptual, and process art (proportionate, perhaps, to an epochal surge in irony, disbelief, passive-aggressiveness even), challenges the notion of art as something essentially permanent.

In the Marilyn Diptych by Andy Warhol, a publicity photograph of a then-recently deceased Marilyn Monroe is multiplied and gradually effaced. The process of that multiplication and effacement is arrested in time, and the work is lasting, but it is also a celebration of impermanence, which makes it prescient. Warhol, in all his new-age wisdom, predicted art that not only celebrated impermanence but also involved it. Perhaps nothing illustrates this kind of twist on the creative act as well or as poignantly as Felix Gonzales-Torres’ Untitled (Portrait of Ross in L.A; 1991). A 175-pound mound of brightly coloured candy awaits depletion at the hands of the visitors. As the mound shrinks, it evokes the emaciation and eventual demise of Torres’ partner, Ross Laycock, who died of AIDS in 1991. 175 lbs was Laycock’s ideal weight, and by inviting the public to contribute to its exhaustion, Torres seems, at first, to have choreographed a ghastly, cannibalistic ritual in honour of impermanence. But there’s a footnote of hope to this, as well as to many others, of the artist’s process pieces – the supply of candy is to be replenished, and the process repeated at other venues.

So in challenging the permanence of material, Torres courts the permanence of an idea. Many natural phenomena are fleeting in themselves but a cyclicality in their occurrences makes them perennial, everlasting, factual. So, too, with Torres’ art (whether it centres on heaps of candy or stacks of paper) – it shrivels in one place only to sprout in another. With poetic justice, time is defeated as soon as its consumptive power is accepted and acquiesced in. In a conversation with Hans Ulrich Obrist, recounted in Obrist’s Lives of the Artists, Lives of the Architects, Torres remarks, ‘Just to quote Sigmund Freud: “We rehearse our worst fears in order to lessen them”, right? So, at that time, I was losing Ross, and I wanted to lose everything in order to rehearse that fear and just confront that fear and perhaps learn something from it. So I even wanted to lose the work, this stuff that is very important in my life. I also wanted to learn to let go.’

In contrast to this methodology of ‘losing stuff’ to make art, there are practices like Tracey Emin’s that thrive on keeping stuff – all kinds of stuff. My Bed, for instance, the 1998 installation that has made a memorable journey from infamy to prestige, like some socialite who transitions from wild party-girl to witty and wise dowager, is personally recreated by Emin every time it is displayed at a gallery. The contents of the scene belong to her youth, to the exact point in time, in fact, at which she decided to display her unmade bed. They are sealed and labelled, like artefacts from a museum of self-loathing, and every time they are brought out to be scattered on and around the bed, they have deteriorated a little more. Their gradual dissolution, however, makes the moment they are enacting all the more solid and irrefutable for the artist. The desperation of the days Emin spent languishing in her bed is concretised in the aging, stiffening tissue papers and condom packets that form part of the perverse trousseau. At the bed’s display at Tate Britain last year, Emin – happy with the way the bed had aged – expressed hope that it would now be seen as the portrait of a younger woman.

While these artists redefine permanence through conceptual subversion, others – like Andy Goldsworthy – opt for technology to ensure timelessness for their otherwise fleeting or mutable creations. Goldsworthy chooses the ephemera of the natural world as both his material and content. But he, in a way, cheats the temporal into permanence with extensive photographic documentation. His colourful, sensitive land-interventions – his petal-trails, twig-wreaths, leaf-chakras, his stone-cairns and ice-stars, his undulating sand-trains – are the short-lived products of his time alone in nature with nothing but the dexterity of his hands and what basic tools the great outdoors can itself provide. The darker side of nature is not lost on him, though, and the discourse of death and decay sometimes forms the undercurrent to his work. Were it not for their recorded proof by means of a more enduring medium like photography, these works of art would not remain.
Contrary also to what one may think of Robert Smithson, intrigued as he was by entropy, the American artist wanted his earthworks to achieve some state of permanence and is said to have expressed a wish, before his untimely death, to have them preserved. When the waters of the Great Salt Lake in Utah were rising around the Spiral Jetty, for example, Smithson considered adding more rocks to it to keep it visible from above . Smithson’s desire to make the jetty as a kind of tribute to ancient land art testifies to his interest in monumentality alongside entropy and, perhaps, to the possibility of a marriage of the two. By visiting the works of artists such as Robert Morris, Donald Judd, and Dan Flavin in his essay titled Entropy and the New Monuments, Smithson discusses the rejection of a conventional notion of time and monumentality in favour of ‘artifices of “idea”’. Time’s brackets seem to crumble in the modern, industrial, consumerist era, creating a sense of no-time or inertia and lending to its detritus (its monuments) a sense of both the past and the future, an involuntary and unexpected immortality. ‘This sense of extreme past and future,’ writes Smithson, ‘has its partial origin with the Museum of Natural History; there the “cave-man” and the “space-man” may be seen under one roof. In this museum, all “nature” is stuffed and interchangeable.’

But the artist who toys most intrepidly with the idea of permanence these days is Tino Sehgal. He is an artist who casts no shadow, whose doings and dealings in the art world and market leave no trace, whose creative output (live performances that encourage human interaction) is not captured by any gizmo, is never multiplied, and is only ever repeated under artist-sanctioned circumstances. In much the same way that the traditional idea of art as permanent depends on the fact-driven authority of archaeology, the more contemporary idea of art (like Sehgal’s) as ephemeral and intransient flourishes on a deliberate rejection of documentation. It depends, rather, for its survival, on language – word of mouth, written or spoken criticisms, germinating buzz. ‘The 21st century will be hopefully more like a dialogue, more like a conversation,’ Sehgal says to Hans Ulrich Obrist during Serpentine Gallery’s 2008 Manifesto Marathon. He remarks also that he is very careful to use the word ‘manifesto’ as it connotes a sense of masculinity associated with the modern masters of the 20th century. The 20th century was, he feels, a little too ‘sure of itself’ and he hopes this century will be less so. He hopes that we have a sensibility for ‘how complex processes are’, not the ‘Newtonian sensibility’ of the previous century.
In a more recent interview with French journalist and curator Judith Benhamou-Huet, Sehgal elaborates on his understanding of permanence in art. When asked about the ‘ephemerality’ in his work, he responds by saying that it is not a word that resonates strongly with him – ‘Because ephemerality is something that is there and then it’s gone, and that’s true, that is an element of my work, but on the other hand it’s repeatable. For example, if you think of Greek antiquity…ideas were the things that were considered the most permanent. The work is not necessarily fleeting because it can be repeated, it’s an idea which remains, and it’s very robust, you can’t really kill an idea, you can’t break an idea, you can break an object.’ And when Benhamou-Huet counters with, ‘But you can forget (an idea)?’, he maintains that people do not tend to forget an idea if it is good. Nothing, according to Sehgal, is permanent on this earth. ‘(If) you want to make something almost permanent,’ he says, ‘you make an effort, you build a museum, you build an archive, you touch it with white gloves, you do a lot of action to make it somewhat permanent, you restore it…’ And a similar effort is to be made ‘against forgetting, with more intangible stuff.’

Technology, paradoxically, has contributed to permanence as well as impermanence of life and art in our times. Pictures flood a perennial online museum from which nothing ever truly vanishes. The embarrassing dregs of our yesterdays can be extracted at any given time after a bit of poking around. Our personal (and wider, cultural) pasts are kept alive. They incubate in the rear chambers of virtual reality, nourished by artificial memory, missing from the frontlines of online activity but present somewhere, always present. At the same time, it has become easier to lose things in the clutter, drop words and images in a pulsating, psychedelic haystack, expel ideas into a gyrating, universal commotion. Of course, if they are good ideas, as Sehgal believes, sooner or later they are bound to bob up.