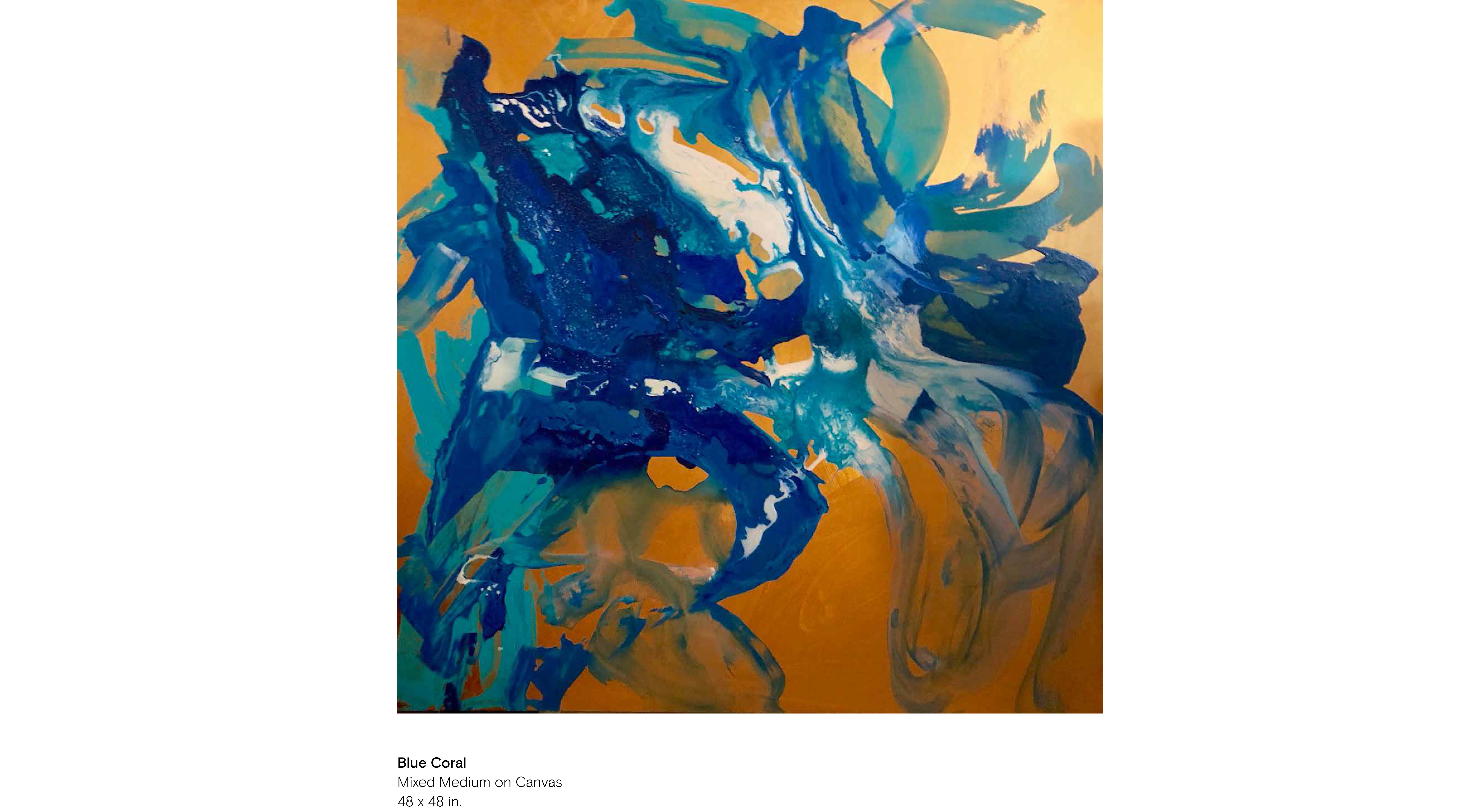 The Essence of Being

With each passing decade our world as we know it is constantly going through a kind of virtual shrinkage, globalisation and increased communication bringing us all closer together. The internet and social media allow for us to reach beyond physical boundaries and freely interact with places and cultures we might have never had access to before. But even before this free flowing communication, the physical world and its distances were being obliterated, and with it the idea of a fixed and absolute identity was being challenged. While this didn’t always happen in the best of ways in the beginning, with war, colonisation, and racial exploitation resulting in the subjugation of certain ethnic groups, in recent years we have been able to come to grips with our changing identities.

The beautiful paintings of Natasha Shoro, inspired from Abstract Expressionism with elements of mixed media collage, seek to explore this multi-cultural identity and the fluidity of existence in a geographically and socially shrinking world. She was born in Ithaca, New York to Pakistani parents, and has travelled and lived in various parts of the world, including Africa, Europe and Pakistan, throughout her life due to her father’s occupation in hotel management. Her exposure to and interactions with various ethnicities, cultures and languages feeds into her work both visually and conceptually, which speak of the idea of race, colour and ethnicities as manmade constructs, irrelevant to our inner beings.

Shoro’s visuals are inspired from elements of nature, earth, fire, wind, rain, lightening, and most importantly, water. Most of her colour palette consists of cool tones of blue, at times mingling with earthy tones conjuring images of the sea. Shoro has always been fascinated by water and loves to swim, but she also relates it to the time we all spend in the womb, floating about free and fluid before coming into this world and being defined by norms and confined into roles. “We come from nature, and we go back into nature,” she says.

The free flowing paint and colours wrapping around one another, while visually inspired by nature and aerial cartography emerging from her travels, then becomes a metaphor for human identity. it represents our essence in its purest form, free from societal pressure. Even the earthen tones at the same time resemble skin, which in these paintings is free flowing rather than rigid and confined. This of course emerges from the artists own personal experiences and emotions, and in a way seeks to resolve the fluidity of her own cultural identity.

Yet, even this multifarious identity doesn’t just merge into one but remains heterogeneous, retaining the individual identity of the various influences. Each colour, while swirled into the other, retains its own individual presence and can be identified as such. In certain places it stands out in the form of a motif, a design or a line. the various patched materials stitched together and painted in works such as “Breeze, Earth Skin”, “Sun Rays, Earth Skin”, and “Winter Breeze” seem to represent a multicultural identity, patching together various influences to create a whole that is more than the sum of its parts.

The works thus break the rigidity of the idea of belonging to a certain region, sect, or ethnicity. It looks at people as more than just a skin tone, or a cultural identity, but rather a collection of experiences and influences. It breaks the bonds of superficial markers, erasing physical boundaries in order to overcome social ones. Accompanying poems by Anushe Shoro and Zeinab Masud reiterate this idea, urging us to go beyond physicality towards the metaphysical, the spiritual, and to see the inner essence, the human being beyond colour or race.