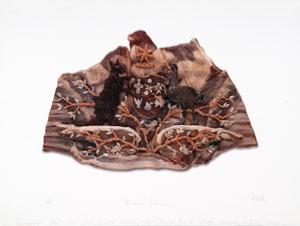 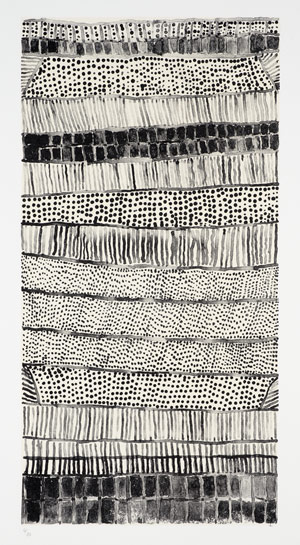 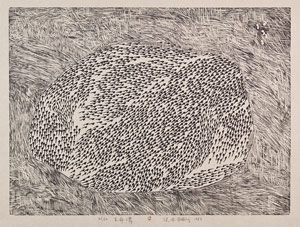 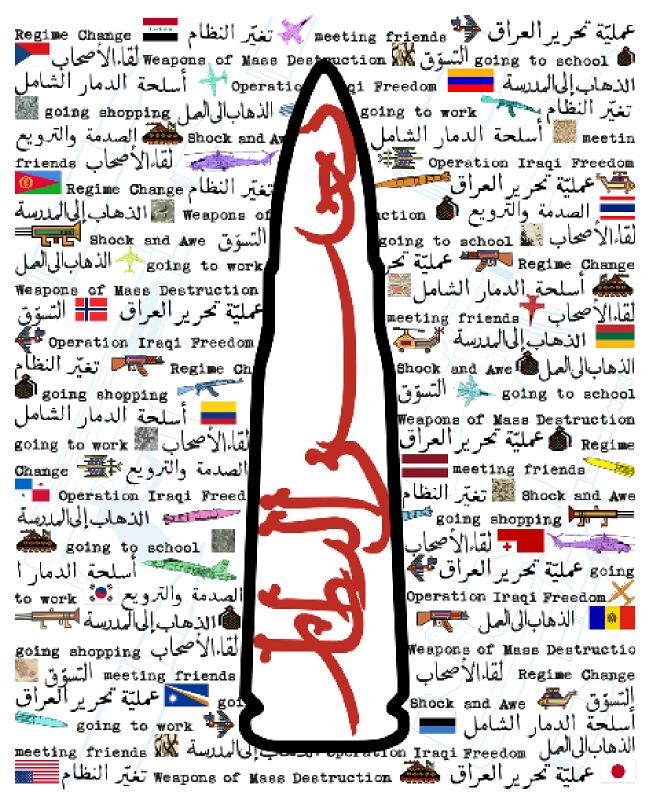 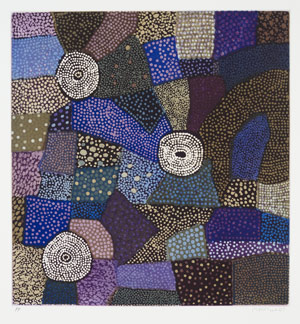 Apart from the regular geopolitical or cricket related reportage received from Pakistan, the other Asian country that looms largest in Australia’s imagination is China. Leafing through the business section of Sydney’s broadsheet newspaper it is common to find articles of the developing partnership between Australia and China. Journalists offer varying perspectives on the machinations of multi-million dollar deals, with conflicting insights into the cultural complexities of this economic powerhouse. While sometimes expressed with a patronising hint that if money is to be made ‘things’ are different over there, the underlying message is clear – what’s most important when doing business in China is the importance of developing personal relationships. Although you can’t always believe what you read in the paper, my experience has indicated that this is true.

Differences of opinion abound throughout the Asia-Pacific region, establishing what could be a climate for tension and misunderstanding.Countering this is the importance of cultural exchange, which should seek to develop and nurture personal connections without diminishing these differences or disregarding the personal space of nations. If there is to be any modicum of legitimacy in cultural exchange between societies then courtesy and respect, rather than self-interest, should be the keystone to all potential dialogue.

For several years, through a range of curatorial and fine art print based projects, I’ve had the opportunity to develop a series of collaborative engagements with artists and institutions across China. The most recent is an exhibition,Personal Space: Contemporary Chinese and Australian Prints that opened in May 2011 at the Manly Art Gallery and Museum in Sydney,going to local venues and then culminating in a tour of four galleries in China during 2012. These are in Beijing (Central Academy of Fine Art), Xi’an in the west (Xi’an Academy of Fine Art) and Shenyang in the northeast (LuXun Academy of Fine Art) with the fourth being the Guanlan Original Print Base in the southern city of Shenzhen.

The contribution of 25 highly respected practitioners from each nation is by no means a definitive selection of the breadth of current print practice. However they demonstrate the quality of the distinctive vision that has emerged from two countries with quite different histories in print. It is well understood that in Chinese culture the art of printmaking has two thousand years of distinguished tradition. This contrasts with the relatively brief history of printed art in Australia.While Indigenous people have inhabited the Australian continent for over forty thousand years, maintaining a continuous visual culture in that period, European settlement spans little more than two hundred. Consequently most of Australia’s printmaking practice has arisen since then, influenced by the skills and experience of immigrants from both Eastern and Western hemispheres.

A small selection from the Australian contribution includesFiona Hall’s photo-based lithographBloodline, which draws together primary produce and notions of nationhood, whereshe creates the two animals on the Australian coat of arms from cuts of kangaroo and emu meat.

Hall writes: ‘All the rest of the meat is from “introduced species” (beef/ pork/ sheep). The work also refers to the ongoing debate in Australia about whether we should be eating and farming our native species, instead of the introduced ones which churn up the very thin layer of top soil with their hooves and have exacerbated land degradation problems.’Fiona Hall’sart practice involves sculpture, installation, painting, printmaking and video. An avowedly political work, Bloodline echoes her recent suites of drawings of plant-forms on monetary notes and questions the processes of exchange and exploitation – of natural as well as human resources – which underpin the post-colonial world.

Michael Callaghan’s early practice was immersed in the production of radical political screenprints, with seminal 70s group Earthworks Poster Collective and his own RedbackGraphixfounded in Brisbane, while working as an artist in residence at Griffith University. Redback developed a local and national clientele in community groups, the union movement and the indigenous community. Regime Change, from a suite of four digital prints, focuses on political and militarystrategiesengaged in the Iraq, and the resultant collateral issues – from civilian casualties to the notion of Western moral intervention.

Callaghan powerfully uses the repetitious slogansfound in the published language of the Iraq War with disingenuous catchphrases of war like ‘Shock and Awe’ and ‘Weapons of Mass Destruction’. These form a pattern in the backdrop to war’s true brutality – the image of the bullet with the Arabic calligraphy ‘Regime Change’ within it dominates. Other slogans, written in both English and Arabic, are interwoven with phrases describing the ‘everyday’ activities of civilians in a warzone – ‘going to work’, ‘going shopping’, ‘meeting with friends’ – a stark contrast between everyday humanity and remotely-detonated militarism. The collaborative nature of printmaking, paired with the possibility of wide dissemination, still makes it a primary force of collective political protest.

Two indigenous artists, the late Kitty Kantilla and Martha MacDonald Napaltjarri, respectively represent the remote regions of Milikapiti in the Tiwi Islands, north of Darwin and Papunya in the Western Desert of Central Australia. Dreaming stories or traditional knowledge passed on by their fathers inspires each.Kantilla’s marks and shapes in Jilimara #2were based on designs used during thePukamani(funeral) ceremony.

The spontaneity of her contemporary motifs combine distinctive elements of Tiwi visual culture includingmiyinga(scarification) and jilimara (body painting) with a combination of traditional and Western mediums. In MacDonald’s case rather thaninstruction from Shorty Lungkata, one of the original painting men of the Western Desert Art movement of early 70s,she depicts in her etching the dominant features of the site of Walukuritjito the south of Lake MacDonald in her father’s country.Martha has developed a method distinctively her own, while it builds on theclassic Papunya dot style, the effect is of a patchwork quilt whose components invoke topographical features like claypans (waterholes). The distinctive vision of the landscape, found in these two images, reinforce the pluralistic nature of Australian Aboriginal visual art in both its tribal and urban manifestations.

It was a much more difficult proposition for Personal Space to give a thorough overview of printmaking in China, The history of the Chinese print can be traced backas far as the third century AD, particularly in its contribution to the creation and development of techniques like stencilling and woodcut. In the early twentiethcentury the New Cultural Movement led to a revolutionary break from Chinese traditional art. The influential writer Zhou Shuren (1881-1936), using the pen name Lu Xun, led this change in approach by importing prints by Western printmakers, promoting classes in creative woodblock techniques and organising exhibitions of both Western and the new Chinese prints. The emerging style was termed Creative Chinese woodblock to differentiate it from the duplicating woodblock of traditional production.

With the founding of the People’s Republic of China in 1949, printmaking came to be seen as an art form in its own right. As prints had become such a prominent propaganda tool particularly during the Cultural Revolution, when China was reopened in the early 80s, it sought to find a new identity. Added to this challenge was the need to balance the traditional approaches with the sudden influx of new Western influences and methods. Today throughout China there is a large and vibrant printmaking culture, the scale of which Australians can only begin to comprehend. Many of the most prominent artists working in China today have had experience abroad andin the case of Personal Space the most notable are Xu Bing, Tan Ping and Su Xinping.

Xu Bing, a recent recipient of a Doctor of Humane Letters by Columbia University who has spent many years in the USA, makes a contribution to this exhibition that reflects his early studies in Beijing. Xu was a graduate from the Printmaking Department at the Central Academy of Fine Arts and the three woodcuts from the Five Multiplicity series (1986-1987) were made prior to, but overshadowed by, his famous installationBook from the Sky (1987).Hisongoing research into multiplicityand contemporaneitybegan during his MFA studies in the mid 80s. Xu writes: ‘How will multiplicity affect life in the next 20 years? As printmaking is one of the earliest art forms with a concept of multiplicity, it is, at its core, the practical expression of contemporaneity. I consider this as the connection between my old prints and modern art.’

Su Xinping graduated from the Painting Department, Tianjin Academy of Fine Arts in the early 80s. I first met Su in Sydney when he visited for an exhibition of his lithographsthat depicted powerfully drawn and intriguing compositions of people and place, specifically from the region of his homeland in Inner Mongolia.

The Quiet Town is an image from that period that offers a perspective other than that of the Han, for the minority people of this part of China have been romanticised and as a consequence, according to Su, trivialised. His immaculately crafted image evokes a dreamlike quality of solitude and implies anallusion to more subjective psychological states.

With subjective psychological states in mind I remembera delightful memory of my early childhood when coming home from school – I would greet my mother and then sit in front of the television and watch cartoons. My favourites were the Merrie Melodies and Looney Tunes gems from Warner Bros. Made in the 50s and early 60s and directed by Chuck Jones, they were originally produced as short features for the cinema. The animated sequence that initiated thePersonal Space project is one of the most oft used of cartoon clichés – when a character fleeing from conflict would dig furiously into the ground, to the point where they dug so far down that they would reach the other side of the Earth. And then out they would pop only to interrupt a bemused Chinese farmer tilling a field.

Despite my limited grasp of geography, I clearly understood what was being presented to mein the actions of these acerbic characters. These cartoon scenarios, while ostensibly for children, were created during a period in history that sought to relate complex socio-political concepts in a simple, digestible and at times humorous way. The core idea of this particular cartoon moment, one that reflected the Cold War dynamics of the 60s, was directed to people who were raised within a community with the democratic ideals of a capitalist economic infrastructure and the Judeo-Christian values of Western Culture. What was made abundantly clear was that the exact opposite of their normal daily experience was China.

This was a period in Australian history, a time prior to Gough Whitlam’s (the Australian Federal Opposition Leader at the time) visit to Beijing in 1971 followed shortly after by Richard Nixon’s 1972 détente, when there were considerable issues of conflict between Eastern and Western societies. But slowly since the early 70s the juxtaposing image of the polar opposite landscapes presented in the cartoon that reinforced these differences has changed. Many of the cultural ideas that informed much of our art have also done the same. Now in conceptual and technical terms, especially in printmaking practice, there are common links. Our shared print ‘language’ offers a way to build bridges, allowing greater awareness of the differing perspectivesand sensibilities of Chinese and Western artists and consequently promoting ongoing connections between our societies. China and Australia will continue to face seemingly insurmountable challenges some of which may threaten our collective wellbeing but it is hoped that we continue to face them together. As we seek to deal with and respond to the vexing questions that we face Personal Space: Contemporary Chinese and Australian Prints demonstrates that its artists continue to seek to be part of a constructive solution.