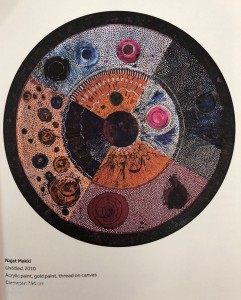 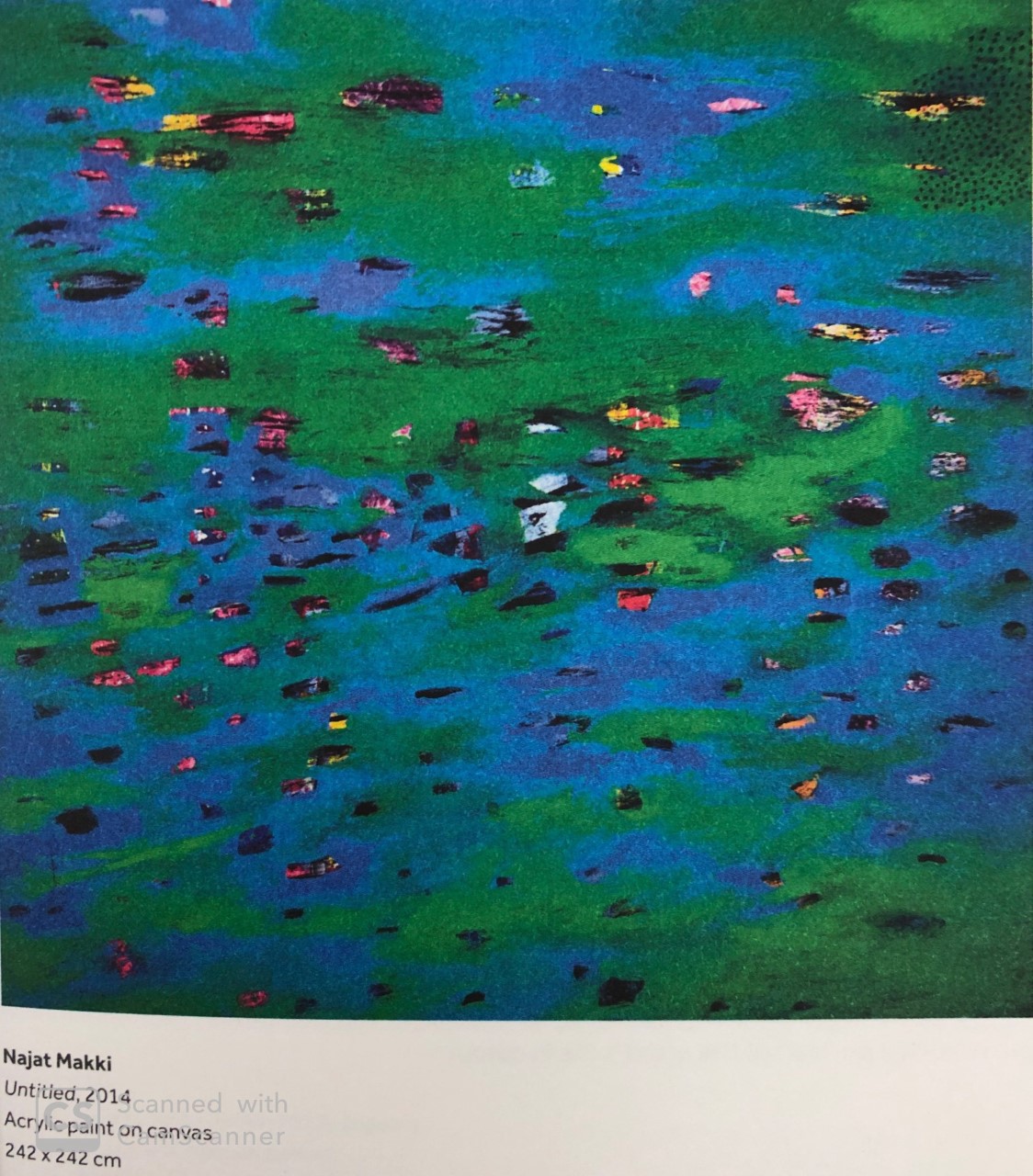 Regardless of whether an artist belongs to the Renaissance period or modern times, working in the tradition of European painting or following the convention of Indian miniature painting, trained in an art school or a self-taught individual, he/she is primarily dealing with paint: how to apply colour on a surface. A preoccupation that surpasses concepts and content, as the act of rendering imagery through paint is the only means to bring ideas and meanings into existence.

Recognising this, some of the artists have shunned away any link with recognisable reference. Their aesthetics is mainly about exploring possibilities of ‘paint’ and conveying a sense of sublime through the interplay of forms, tones, textures and colours. Largely described as Abstract Expressionists, these artists avoided reality, in order to create their own reality.

That reality is seen in the art of Najat Makki, currently having her debut solo exhibition ‘Luminescence’ at the Cultural Foundation of Abu Dhabi. The show (being held from 4th September to 15th December 2019) represents different phases of the artist, who “was the first Emirati woman to earn a government scholarship to study art abroad, in 1977. She obtained her Bachelor’s and Master’s degrees in relief sculpture and metal from the College of Fine Arts in Cairo, where she also received her doctorate in the philosophy of art in 2001.”

The biographical details in a sense provide a content to comprehend the art of an artist who influenced many generations – especially women artists, of her country.  She portrayed female figures as well as male characters in her paintings, but it was the focus on women that inspired a number of artists after her. Her solo show is supplemented with another exhibition, ‘The Tribute’, which comprises of works created in honour or style of Makki. Executed in a range of mediums, scale and techniques, these artists have concentrated on one or multiple aspects of Najat Makki’s imagery, and produced a body that can be called a bridge between each individual artist and his/her mentor.

Although in ‘The Tribute’ one finds a variety of approaches (including the portrait of Makki) yet a recurring motif is the stylized figure of Emirati (Arab) woman. Her contribution in the visual language of her mother country is commendable since through her work she is able “to reach many audiences, and has an abstract methodology to communicate heritage.”

In fact, the element of tradition is important to decipher her work, because if on one level it appears abstract, at the same instance one can trace ingredients of tradition in her surfaces. For example, in the Untitled, 2010, Makki has employed gold paint and thread on her canvas. More than the material or method, it is the imagery, circles within circles, that connects the work to conventional geometry. In the same lieu, another Untitled from 1992 has lines and marks that remind of folk embroidery – associated with women from that part of planet.

Significance of tradition, even in her non-representational canvases is critical, because that is the way to move forward, and investigate hidden features of an art and craft practice which may not be acknowledged as ‘high art’; but deals with issues and experiences that are found in high art. Najat Makki makes a bridge between past and present, vernacular and global, traditional and modern and in doing so “she uses colour dyes from traditional materials such as saffron and henna”, besides incorporating patterns that can be identified with the land of her origin.

Makki, in many ways, expands tradition in her work. Although “her subject matter has a deep focus on social issues, from the representation of women to topics such as poverty and peace”; yet her abstract paintings point out a position of the painter. Of a creative person who comes from a region, but is not regional; lives in a society, but speaks to other communities around the world; addresses social issues, but uses a poetic and personal voice. Thus when works such as Untitled 2014, a canvas painted with pleasure – is seen, we know that Najat Makki is not confined to UAE, but is part of world art.