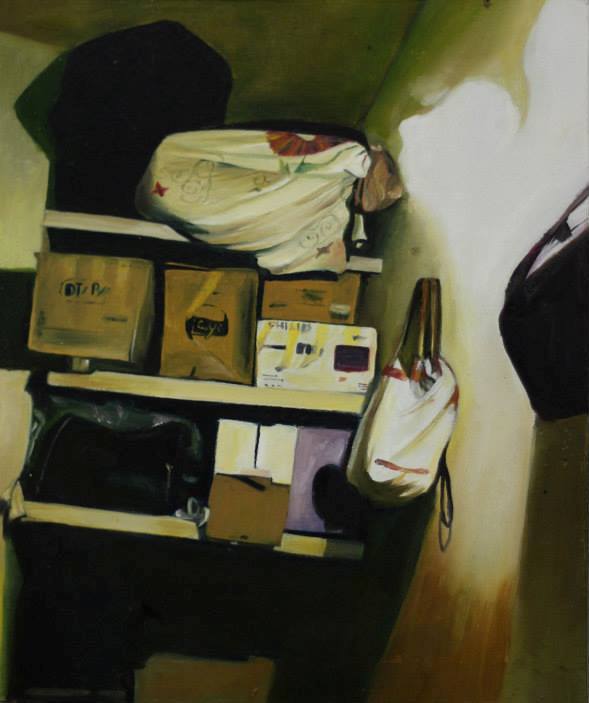 The Sannat Initiative, brain child of Abid Merchant- art collector, former banker and all around art enthusiast, provides artists with a Residency pro

Grains of Sand: A Spiritual Journey
Book Review: Gerhard Richter – A Life in Painting
Book Review: “The Dance of Death”

The Sannat Initiative, brain child of Abid Merchant- art collector, former banker and all around art enthusiast, provides artists with a Residency programme unlike no other. In this case a platform, that brought together a diverse group of 7 young artists from different backgrounds and artistic practices. These artist were placed under the mentorship of guest curator Muhammad Zeeshan, who guided and assisted them every step of the way.

Much like an incubator, the initiative nurtures artists in favorable artistic conditions promoting healthy development along with the opportunity to interact and learn from many acclaimed Pakistani artists such as Naiza Khan, RM Naeem and Abdul Jabbar Gul. This all-expense paid ‘Artist in Residence Programme’ allowed these young artists hailing from various areas of Pakistan to explore and immerse them in somewhat unfamiliar territory. The notion behind the Sannat Residency was not to merely produce art for art’s sake, but to encapsulate an artist’s journey, the growth in their thought process and their encounter with new viewpoints. The charm of the initiative doesn’t lie in the end product but more on the experiences of the artists within this time frame.

The Sannat Gallery, itself a work in progress aids with the overall effect of the show, from the unfinished cemented flight of stairs to the piercing smell of fresh paint. The entire exhibition and its surroundings echo of the birth of something new.

Abid Aslam’s series titled ‘Conversation’ requires the viewer to observe the work under the scrutiny of a magnifying glass. The magnified images then reveal several portraits, from familiar faces to the unfamiliar ones. Through his intricate detailing, Aslam preserves rendered snapshots on vasli of people he has at some point associated with during his time period at the residency. Another series, executed in the same manner, depicts Western masters such as Dali and Van Gogh.

Ghulam Muhammad’s work stems from his own frustrations in relation to the communication barrier imposed by the citys use of the diverse dialects. Muhammad belongs to a small village near Sibi which has its own native language and lays stress on the importance of Urdu as a fundamentally superior language. He works with steady precision deconstructing and then reconstructing the written text, grasping to come to terms with the inability to converse his own thoughts and ideas within the comfort zone of his own mother tongue. His surfaces are an emphatic statement on feelings of alienation and his own identity that originates from a dissipating vernacular.

Applying a strong color palette and an ample amount of skill, Zahra Asim’s art work is a narrative of congested spaces, which in her mind’s eye are a play of pattern like formations. Her work offers the viewer a peak into a personal space and its accumulation of material possessions.

Arsalan Nasir’s work features laser sensors, creating layers of dimensions. He works with souvenirs from the past such as frames, envelopes and shoe boxes. Each of those depicts or contains a certain personal memory, from letters to drawings or old photographs. The act of reminiscing is portrayed in small fragments that appear gradually on these various surfaces. His work delves into how one memory tends to merge with the next eventually leaving only small traces of recollection.

Artist Sajid Khan draws from his personal experiences of having lived in a village that suffered from military operations, dismantling the peaceful life of its residents. Gloomy grey clouds featuring a smattering of red, titled ‘A Wasted Wish’, evokes feelings of despair. Using graphite on vasli, Sajid manages to execute an array of bleak emotions that one can relate to sorrow and loss. In contrast to Sajid’s work, Rohail Ghouri’s journey capturing his shift between village life to city life is upbeat; he fuses modern day elements with traditional ones creating unique visuals through an interesting usage of lines and strokes.

Kiran Saleem questions the very idea of what ‘art’ is. She recreates mundane objects in a hyper realistic style. From painted drawers on a pillar, a piece of paper painted onto a board, to a pair of feet peeking out from under a window corner- Saleem explores the aesthetic of objects, using her own skill to bring them to life. Saleem’s interest lies in what she deems ‘the ordinary’; her focus on the finer details in relation to skill is what confuses the viewer ensuring that they play close attention to the objects placed before them.

The show is a blend of skillful conceptualization and hopefully is among the first of many more to emerge from within the Sannat Residency.