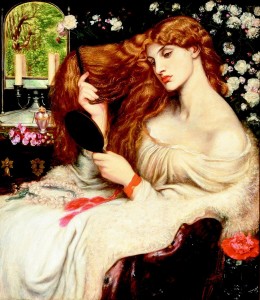 Dotting the i’s and crossing the t’s

Artists, by popular definition, are loose cannons, black sheep, oddly shaped parts incompatible with the snug geometry of society. An artist is the embodiment of individuality, in long-held, general opinion. Irreverent, rebellious, inquisitive – artists can never be part of a group. But this very distinction makes them a group, so we must look either to the peripheries of artistic creation and its history to find examples of individuals who, not being artists themselves, contributed to art, or consider the artist as an individual, yoking the two identities that are so often divided.

A recent essay by Rachel Cooke for The Guardian, titled ‘Eric Gill: can we separate the artist from the abuser?’[i],delves into complications surrounding a contemporary reading of the art of Eric Gill – Edwardian-era English artist and designer and abusive patriarch. A. S. Byatt, in her 2009 novel The Children’s Book, features a sour, volatile, but superbly skilled artist by the name of Benedict Fludd in her variegated and bulging cast of characters and Fludd is loosely based on Eric Gill – maestro to an adoring public, monster at home. The pared-down, linear grace of his prints and reliefs seems horrifyingly at odds with his private excesses, which came prominently to light following the publication of Fiona MacCarthy’s biography of the artist in 1989.

Finally turning a seeing eye on Eric Gill – the individual – is, however, a more recent trend, perhaps a consequence of the attempted political correctness of the times. “The knowing affects the viewing. How can it not?” writes MacCarthy, referring to her discovery of Gill’s habitual molestation of his own daughters, and a litany of other debauched acts carried out by the artist at a time when he was outwardly embracing an austere, monastic lifestyle. “But”, she continues, “Gill is too good an artist, too ferocious and intrepid a controversialist, to be protected and glossed over. We need to see him whole”.[ii] At another point, she observes: “This clash of flesh and spirit makes him an infuriating, fascinating man”.[iii]

Rachel Cooke, writing on the eve of a major exhibition of Gill’s works at Ditchling Museum of Art + Craft, ponders the dichotomy in which his work is now embedded. She recalls a discussion with Nathaniel Hepburn, the museum’s director, about the stance the museum was going to take on the display of work by the controversial figure. Hepburn, initially wanting to distance himself from the private aspects of Gill’s biography to focus only on his achievements as an artist, came around to the idea that the museum has a responsibility to share certain facts with the visitors about the man himself, no matter how unpleasant the facts. “Museums have a duty to talk about difficult issues,’ he says to Cooke. ‘They are a place where society can think. There is some public benefit in organisations like ours not turning a blind eye to abuse. We are very well aware that certain parts of our audience are not going to want to look at this exhibition. But if we lose visitors for this period, so be it. We hope they come back.”[iv]

This ambivalence concerning discrepancies between the exterior and interior lives of artists, especially where the two are unjustifiably jarring, is a characteristic these days not only of scholarship and speculation within the visual but also the cinematic and literary arts’ industries. Simmering ill-will accompanied the fanfare around American actor Casey Affleck’s spell of success earlier this year. Those who saw the gifted actor and the lying harasser as one and the same individual refused to congratulate or applaud him. Those who distinguished between the two and, indeed, chose to disregard anything not connected to his thespian abilities raved about the merit of his performance in Manchester by the Sea and believed his accolades to be well deserved. The same tension continues to haunt the biographies of poet Ted Hughes and author William S. Burroughs, among others.

Burroughs, a spearhead of the Beat Generation, touches somewhat defensively upon the death of his common-law wife Joan Vollmer in the introduction to his novel Queer. What many regard as her murder at the hands of Burroughs, Burroughs himself calls an “accidental shooting”[v]. He toys with the idea that it was an “ugly spirit” that killed Vollmer, going on to remark: “My concept of possession is closer to the medieval model than to modern psychological explanations, with their dogmatic insistence that such manifestations must come from within and never, never, never from without. (As if there were some clear-cut difference between inner and outer).”[vi]

This desperate explanation by Burroughs, barely concealing his alarm at the enormity of the act he committed and then externalised, nudges this discourse towards the deceptively thin line between being individualistic and being narcissistic. Individuality implies a healthy sense of self, a confidence in being different from others in certain ways and in using that difference to live a fulfilling and unique life. Narcissism occurs with a distorted sense of self and an inability to perceive others as individuals; they are seen as extensions of the self onto which, a lot of times, inner vicissitudes are projected.

Much is written these days about narcissism in the arts, with a paper by Yi Zhou suggesting that the bigger the artist’s signature, the greater the likelihood of his/her success in the art market.[vii]But one has only to look at the trails of sidelined and discarded individuals that some of the most momentous names in art left in their wakes to know the plausibility of this argument. The term ‘muse’ now entails a dismissive and myopic way of looking at another. The individuality of many women throughout history has been compromised at the altar of inspiration at which (mostly) male artists have knelt. From Elizabeth Siddal to Henriette Theodora Markovitch (known by her pseudonym, Dora Maar; known more for her association with Picasso), the instances of talented, creative women bunched together as one homogenous mass subservient to the artists who painted them are numerous.

Martin A. Danahay, in an essay on the use of the Narcissus and Pygmalion myths in Victorian painting and poetry, offers an interesting hypothesis on the common pairing of female models and idle self-absorption in Victorian art: “By using the myth of Pygmalion, male painters exploited the conventional association of women and vanity, thereby representing indirectly their own illicit narcissism. For one artist in particular, Dante Gabriel Rossetti, women functioned as a mirror for masculine desire, reflecting back at the male viewer narcissistic tendencies that could not be represented directly”.[viii] He proposes that the figure of a woman was a stand-in for the artist rather than a portrayal of an individual in her own right: “La Belle’s inability to find images of men looking at themselves in mirrors, but the abundance of women and mirrors, shows that Rossetti’s attempt to represent the masculine ‘I’ through the mediating figure of a woman is not an isolated or unique example. Masculinity in the Victorian period was characteristically represented by a swerve into the feminine, the male viewer projecting repressed aspects of his own identity onto the woman”.[ix]

In the titular essay from her latest book, A Woman Looking at Men Looking at Women, Siri Hustvedt arrives at similar conclusions about three modern artists. She begins by sharing comments made by Pablo Picasso, Max Beckmann, and Willem de Kooning on art – comments that all involve “an idea of womanhood”.[x] Picasso likens the act of creating to loving a woman, Beckmann pieces together advice for an imaginary woman painter, and de Kooning – in what is perhaps the most revelatory snippet – admits that when he was aggressively painting his wild and leering women, he was “painting the woman in (himself)”and the “irritation” that women provoke in him.[xi]

Like the Victorian painters discussed in Danahay’s essay, these modernists, too, can be said to have worked with idealised, serialised, and rounded-off images of women who did not so much reflect actual, individual people as provide Narcissus with a gazing-pond. Hustvedt then points out another troubling element in the majority of annals dedicated to Picasso. “In the Picasso literature, which is vast”, she writes, “these women are almost always referred to by their first names: Fernande, Olga, Marie-Thérèse, Dora, etc. The art historians and biographers have appropriated the artist’s intimacy with them, but the painter is rarely, if ever, Pablo, unless the reference is to him as a child – a small but telling sign of the condescension inherent in this art historical framing of a life’s work”.[xii]

Picasso, then, is deemed a complete name, hence a complete identity in itself – that is, the artist at the height of his accomplishments is appraised as an artist only, sans the connotations of flawed or vulnerable or dependent mortality that could be conveyed by his first or given name. The women who crossed paths with him, however, not only had their rich complexities painted out of them but are, in retellings of the artist’s life, infantilised. “I am fascinated that no one I have read seems to have noticed that the literature on Picasso continually turns grown-up women into girls”, notes Hustvedt.[xiii]

But this concept weakens under the ironic, quizzical, postmodern gaze – this concept of isolating the artist with a spotlight on a tenebrous stage, this penchant for viewing the artist through a peephole in his studio door, hard at work in the only world he is believed to inhabit. Identities are no longer different sets of clothing to be donned for different sets of tasks. They can and do conflate, leading to more wholesome experiences of individuality. Just last year, a number of women artists defiantly responded to Marina Abramović’s pronouncement that having children endangers a woman’s artistic potential. Kara Walker countered by saying that she had her daughter the same year that she received the MacArthur Foundation ‘genius’ grant – “What can I say, I wanted a child and a career and I didn’t feel one took energy from the other”.[xiv]This, of course, does not mean that there never have been examples of conventionally demarcated lines being crossed and roles being mergedor individuals not hailing from the arts being thanked and remembered for their services to the field. Only, now, conciliatory double-takes have become more frequent. Now, one can expect women whose identities were for the longest time tied up with pearl earrings to finally be seen as individuals, even if fictitious renderings fill in the lacunas that art history left behind.

[i] Cooke, Rachel. “Eric Gill: Can We Separate the Artist from the Abuser?” The Observer. Guardian News and Media, 09 Apr, 2017

[iv] Cooke, Rachel. “Eric Gill: Can We Separate the Artist from the Abuser?” The Observer. Guardian News and Media, 09 Apr,2017.