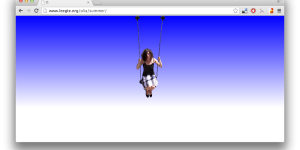 Art in the Age of Internet

Art production and its dissemination in the age of Internet is democratic and self-governing. A recent artist survey[1] enlists the top Instagram sensations; Banksy (‘the Most Famous Anonymous’), Cindy Sherman (‘The Master of Disguise’), JR (‘A Prolific Photographer’), Evoca1 (‘An Activist’), Guerrilla Girls (‘The Feminist Art Collective’), CYRCLE (‘An Exciting Duo’), Jeff Koons (‘The King of Postmodernism), David Choe (‘A Korean gone bad’), Petra Collins (‘Capturing Youth, Sexuality and Femininity’), KAWS (‘An Artist Without Borders’), Shepard Fairey (‘Blurring the Boundary Between Traditional and Commercial Art’), Sickboy, (‘An Infamous Graffiti Artist’), Kenny Scharf (‘The Practice Full of Color’), Martin Parr (‘The Chronicler of Our Times’), Ai Weiwei (‘The Artist and Activist’), Daniel Arsham (‘A Crafty Magician’), Olafur Eliasson (‘Creating Immersive Environments’), Pixel Pancho (‘A Friend of Robots’), Anish Kapoor (‘An Influential Sculptor’). Some of these practices, including works of Cindy Sherman, involve prolific photography designed only for Instagram and social media broadcast.

In Pakistan too, the growth in networks has enriched the scope to explore and present ideas in different formats. One of the most significant examples under this new set of categories is Rashid Rana’s Shuhuud-o-shaahid-o-mashhuud (The viewing, the viewer and the viewed, 2015). It is one of the projects under My East is Your West (with Shilpa Gupta), a joint event of the 56th International Art Exhibition, la Biennale di Venezia (May – October, 2015), commissioned by the Gujral Foundation. The installation is a single channel projection of live-streaming videos and interactive devices displayed at two places simultaneously – Liberty Market (Lahore) and Palazzo Benzon (Venice). In collaboration with the Lahore Biennale Foundation, it brings together a conversation (through video conferencing) among people of two cities – Lahore and Venice. The structure in Liberty Market is a replica of one of the 17th century Palazzo Benzon rooms that celebrates the diversity, duality and multiplicity of identities in a shrunk and homogenised global world. The spaces across two culturally distinct zones ironically share the same backdrop, one as an illusion of the other.

Shahana Rajani and Zara Malkani create an interactive browser-based archive (ofstriggle.com) of the historical township of Gadap. The data emerges from a course organised in 2016 by Karachi LaJamia in collaboration with Karachi Indigenous Rights Alliance. The Gadap Sessions set out to study and document the place as it underwent rapid and violent transformation due to a real estate mega-development corporation. Another recent online barcode project in Pakistan is Carriers and Barriers, with Kamran Babrak, Mohammad Umer and Shazia Mirza as the project directors. They curate The KeyBorad 1/5, an international online exhibition about collectibles that looks into how objects create individual and collective meaning.

In recent Graduate and Undergraduate theses at the Beaconhouse National University, School of Visual Arts and Design (BNU-SVAD), Lahore, some students dive in new genres. Bushra Mir works with artificial intelligence and auto programming in communication software. An exaggerated interplay of computer-generated, automatic word formations highlights the gap between what is understood as real and what is constructed as real. Mubashir Niyas is concerned with permeating digital media and its implications on the nature of knowledge and being. Screen magic lures us through digital collages and interface interventions and offers an interactive augmented space that has increasing algorithmic strength and artificial intelligence to manipulate memory and information. Mariam Waheed comments on the nature of social media and develops a personal profile for an online dating site (Tinder) to methodically interpret data and find patterns of communication in freshly formed relationships. Nauman Abid creates a series of virtual worlds in an empty room. Sana Waqar invents queer methods to interpret 100 days of her summer time. She works with abstraction as a form of coded language that is derived from a systematic (at times, intuitive) clustering of phone data about travelling routes, sleep patterns, fluctuations in emotional states, exercise and health routines through emojis and digital apps.

Recently, the Institute of Contemporary Art in Boston hosted an exhibition, titled Art in the Age of the Internet that represented the development of Internet from 1989 till today and surveyed its historical context through Visual Arts. Valeria Federici[2] reviews the exhibition and says that ‘the constant presence of a controlling superstructure, and the emergence of a self-centred spectacle do not emerge exclusively with the internet, but they are a result of a longer cultural history that speaks to our being, our fears, and sense of unsettlement as they relate to the kinship between the human and the machine.” Notably, Nam June Paik made the first new media work, Internet Dream, in 1994. It was a fifty-two-monitor video installation that operated through the Internet. According to the exhibition reviewer, two names are omnipresent in any exhibition that mentions the web, Olia Lialina and Cory Arcangel. Both have a deep-rooted practice of presenting their work online and using Internet as a mode of expression. Russian artist, theorist and critic, Olia Lialina is famous for net art and has a web-based gallery called Art Teleportacia . The Last Real Net Art Museum uses one of her iconic works (My Boyfriend Came Back…) as a starting point and evolves into an archive of work created through the Internet by multiple artists[3]. Taryn Simon and Aaron Swartz’s piece Image Atlas (2012) critiques the neutrality of algorithms and uncovers their limits. The exhibition authorities also commission Jon Rafman to create a virtual reality project, titled View of Harbor – an eight-minute virtual journey that starts with a frightening experience of tsunami destroying the museum. It also hosts works by Chinese artist and hacker Aaajiao, called The Great Firewall of China, for which he displays a list of websites banned in China. Where there is a gradual increase in the number of creative practitioners using digital tools and online mediums, many artists, however, have reacted to the digital revolution. While some artists seek refuge in new media, many deliberately escape from it to nurture ‘old media’ aesthetics and romanticise the traditional material[4].

Nonetheless, the evolving nature of digital networks has broadened the domain of creating. Alternate spaces have emerged. An Increasing number of works are site-specific or ephemeral. Many artistic gestures (even created before the Internet) are visible only as photographic and video re-presentations. Works by Ai Wei Wei, Olafur Eliasson, Robert Smithson, David Nash, Richard Long, Michael Heizer, Nancy Holt, Andy Goldsworthy indicate the presence of creative outdoor interventions or artistic engagement elsewhere.

Spaces for thinking, making and experiencing have embraced the web-sphere. New genres provide new mediums to access and investigate data and develop alternate forms of representation. There is synergy towards interactive design, hologram development, GIF and HTML programming, code animation, web game design, editing filters, avatar software, and much more. Virtual worlds enrich audience engagement. Museums across the world are welcoming new forms of artistic production that thrive on simulated visual experiences. Art institutions are funding cutting edge technology to enhance user experience. Though challenging, the art market, also, has gradually found models and methods to monetise these boundary-pushing forms of production. Visual artists apply tools of distribution, surveillance, and traceability to reflect on the transforming meanings of self and of others. Many artists also take on performative roles to accentuate the gap between online presence and ‘real’ life and overtly problematise the legitimacy of representation, narcissism and the selfie syndrome.

Having a virtual parallel identity is now almost integral to being an artist in an age of excessive connectivity. Frolicking in cyberspace is a new skill. An active digital footprint and social media visibility often determine popular mass appeal. Validation and self-assurance corresponds to the numbers of ‘followers’ on Instagram and Facebook. Virility becomes a concept as well as a point of departure. WhatsApp memes emerge as approachable methods for display and spectatorship. Online networking tools decentralise power and authority, subsequently giving birth to many un-trained, self-taught artists; many of them gain considerable limelight and critical recognition. Earlier, only the top tier in the art world managed to cut across borders and celebrate international coverage. Institutional patronage, museum support and state affiliation are no longer the only prerequisite for ‘success’. Feedback is immediate. Hegemonic clutters have diluted. Critical acclaim and acknowledgement from the global centres is an outdated mandate for some. The boundary between the periphery and mainstream has blurred, the gatekeepers have multiplied and the clout of physical gallery space is gradually diminishing. Most importantly, the artistic experience (of the maker and viewer) is becoming increasingly democratic, the creative gestures more egalitarian and the image, autonomous.