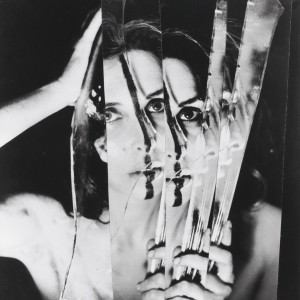 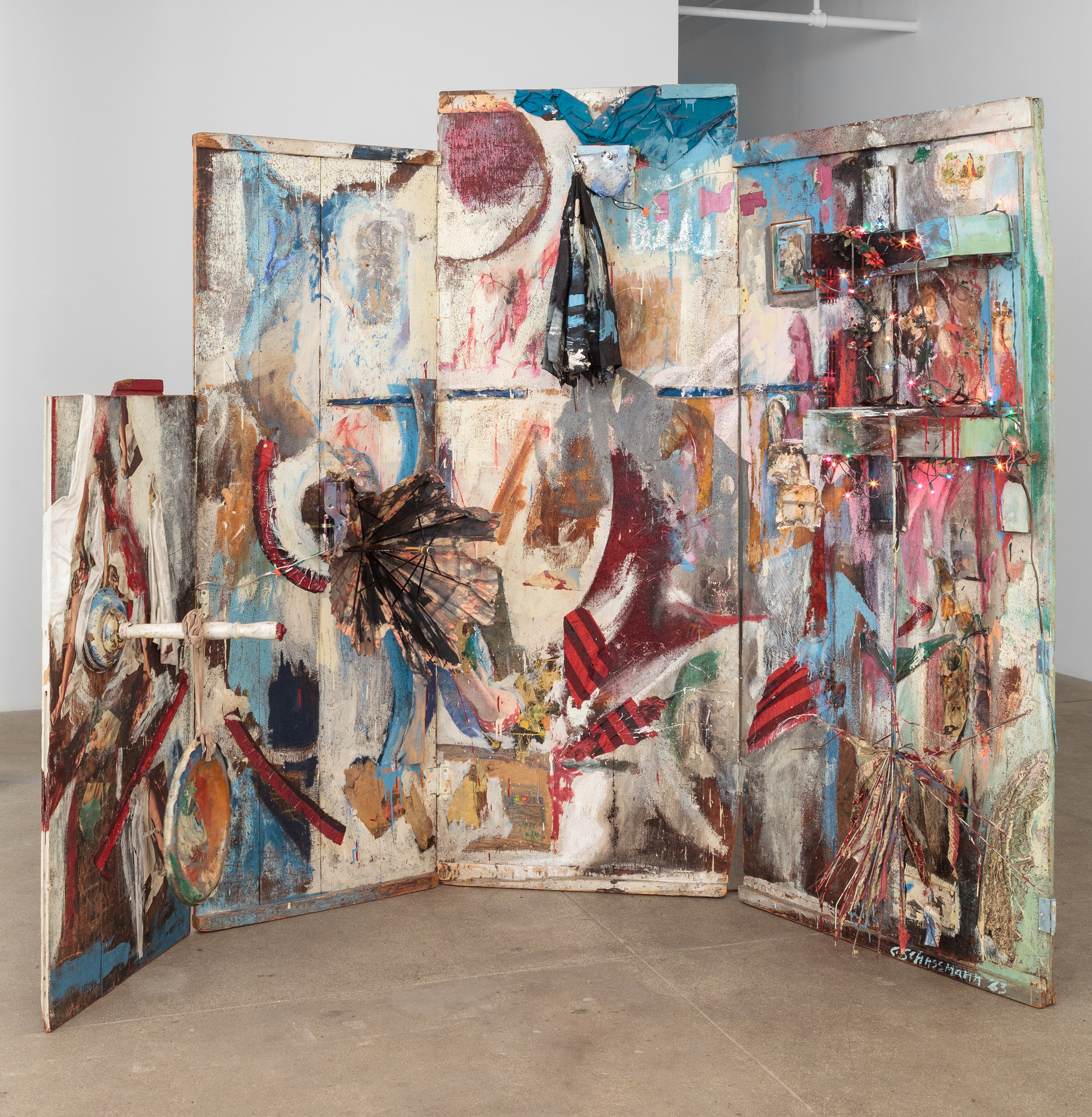 “Covered in paint, grease, chalk, rope, plastic, I establish my body as visual territory. Not only am I an image maker, but I explore the image values of flesh as material I choose to work with. The body may remain erotic, sexual, desired, desiring, but it is well votive: marked, written over in a text of stroke and gesture discovered by my creative female will”, writes Carolee Schneemann (b. 1939-), one of North America’s most influential artists of the twentieth century. Six decades worth of Schneemann’s art is being exhibited in her first American retrospective at MoMA PS1, New York and it is perhaps a mammoth task to write about Schneemann’s oeuvre as a multi-faceted artist, with all its complexity, significance and critical response in a few pages. Schneemann has been a pioneer; a one of a kind artist, taking the female form out of the two-dimensional Western art and exposing it to dynamic and theatric performance, techniques in deconstructing objects and technical assemblage to create a body of work that is a power house on its own. With paintings earlier on from her career in the 1950s to performative art in the 1960s where she defines materiality via her own body, Kinetic Painting showcases Schneemann’s art up to the 2000s in this colossal art show.

The retrospective has been organized by the Museum der Moderne Salzburg, Austria, curated by the museum’s Director Sabine Brietweiser and Consulting Curator Brandon W. Joseph of Columbia University. In New York’s MoMA PS1, it has been organized by Assistant Curator Erika Papernik-Shimizu and Curatorial Assistant Oliver Shultz. The Museum of Modern Art (MoMA) and its affiliation MoMA PS1 are North America’s two power houses of art. Containing thousands of items pertaining to modern and contemporary American and global art, the world-renowned museums are home to major exhibitions of prolific artists who have left a mark of their subjective creativity upon not only hundreds of thousands of spectators but in innumerable pages of art history books. Schneemann’s retrospective is a survey of her opus as not only an artist but also as a performer, photographer, choreographer, film maker and writer. The purpose behind the endeavor is to lay out her not only most influential works (Meat Joy, Up to and Including Her Limits, Nude on Tracks and others), but also the lesser known works that led toward the makings of experimental media that we see in this show.

Mainly known for her artistic, political and feminist performative discourse of the female nude body and sexuality, Schneemann has bestowed upon a generation of artists, the ability to question subjective consciousness that originates from making art and perusing art history. Addressing issues of female agency and human intimacies, it comes with no surprise that the artist has met with controversial reviews from critics and historians. Further, amalgamating strong sexual themes of the body and the nude with astounding visual and kinetic performative techniques, Schneemann’s art garnered acclaim and channeled debate alike. Perhaps her individualistic artistic streak stemmed from the little support she gained from her education at Bard, where she met with almost no encouragement upon pursuing drawing nudes and working on influential feminist writers such as Simone de Beauvoir (the hypocrisy is evident as it is reported that there were no issues with women posing nudes for male artists for drawing). Sabine Brietweiser writes in her essay Kinetic Painting: Carolee Schneemann’s Media in the comprehensive tome Kinetic Painting, “Schneemann’s recollections suggest that at the time, a young woman of her potential met with little support for her interests at the school”. She later studied from Columbia University where she began her career with painting the representational landscape. Considering them futile attempts, Schneemann destroyed these works and instead created her first assemblage Colorado House in 1962. She mixed painting, sculpture, photography and film to create art where in her own words, she acts as both the image and the image maker. MoMA exhibits her Four Fur Cutting Boards from 1963 which is an important experimental work consisting wooden boards, light bulbs, fabric, plastic flowers, photographs and motorized umbrellas. The works ruminate upon her subjective gendered experiences as a woman, giving rise to the idea of her using her body in performances where she in an integral art of the art per se.

Schneemann then moved to making erotic performative art that suggested upon the role of women in society and Western art alike. Using her own nude body as medium and giving a three-dimensional representation to the two-dimensional female nude (that we see painted by hordes of Western male artists across generations), she performed Fuses (between 1964-1967) and ten years later Interior Scroll in 1975. Meat Joy (1964) is perhaps Schneemann’s most well- known and one of the most controversial performances, where a group of young men and women including herself, perform in their inner wear as they move upon each other, while rubbing pieces of raw chicken meat, sausages, fish and paint. The works have met with polarized reviews through the years; from being highly experimental, rebellious and emboldening to downright nauseating, obscene and ghastly.

How controversial or feminist the works are, will always be a matter of debate. Some argue that by using her own body in rather tacky performative visuals (to portray sexuality and choice rather than repression of women among other loaded themes), Schneemann has herself glorified objectification and serves little to no purpose in the movement of feminist art making. Ironically, critical reviews like these further deepen our understanding of the art world where Western male artists have painted nude females since eons with little to no critique. It will be critically appropriate though, to gauge the influence and the paradigm shift in art making and theorizing that Schneemann has instigated over decades. None can deny the enormous influence that her painting, technical assemblage and subsequent theatric and experimental performances have had over other artists and the media itself, taking it to limits where only a handful of artists had ever reached before.

Schneemann’s drawings, paintings, sculptural work and visual performances are inquiries of acts of sexual encounters, sexism and liberation of women, with respect to their choices regarding their lives and their own bodies. From painting in the 60s to multimedia installations in the 2000s, the works also explore intimacy, disaster and war and the intricacies of human relationships. Further and subsequently, her art has played a pivotal part in understanding the way the female body has been used in image and film making and the violation of freedom that women have been accustomed to, as Schneemann differentiates between women and eroticism and the politics of genders. MoMA PS1 exhibits over 300 of Schneemann’s work, making this retrospective an important critical survey of an artist whose diverse artistic contribution came only to be realized in the later part of the twentieth century.