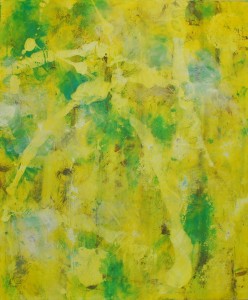 The name of the group show by Julius John, Ali Asad Naqvi, Saeeda Nawaz, Sara Khan and Madiha Sikander, ‘Modern Life’ reminds one of the similarly titled essay by Charles Pierre Baudelaire called ‘The Painter of Modern Life’. Using the portrait of a seemingly anonymous artist, Monsieur G. (later identified as Constantin Guys), Baudelaire chalks out the role of the artist in seizing the impermanent nature of our lives and times, and sieving from it some semblance of ‘beauty’ that is at once inevitably present in some general universal way but more importantly, that is circumstantial because of its specific chronological relevance. This is what Baudelaire means by modernity: ‘poetry within history, to distil the eternal from the transitory’.

Since Baudelaire first coined the term, distinction has been drawn between modern, modernization, modernism and modernity. Unlike its derivatives the word ‘modern’ is not new in use. It has its roots in the Latin word modo implying the now and it has come to be descriptive of situations that are characterized by innovation, experimentation and a shift away from the past. While it is beyond the scope of this article to cover the definitions of the derivatives or the paradigms from which these definitions emerged, some clarification on the historical, social and cultural changes that ushered the introduction of these debates follows: Interrelated to some tendencies in 18th century Europe and America symptomatic manifestations of ‘modernity’ emerged (later to spread, propelled by colonization and globalization), in the form of institutions (science, technology, industrial production and urbanization), new ways of living (individualism, secularization and instrumental rationality) and accompanying malaise (alienation, meaninglessness and a sense of impending social doom). However, notable is the fact that these changes are not only associated with the values of humanism and enlightenment but also with those of colonialism and imperialism, and emerging modernities around the globe responded to the latter two in a variety of ways.

Despite the fact that the title ‘Modern Life’ comes across as a declarative even normative claim, looking at the divergent and sometimes introspective works of the artists, it seems to have been flippantly chosen. Moreover, the geographical and historical juncture of this exhibition is an inadvertent question to the sweeping title: which ‘modern’ life, afterall? Non-specific discourse on art is unfortunate because as a result of it our words come to mean Everything and unsurprisingly, Nothing.

Ali Asad Naqvi uses a variety of techniques across multiple surfaces to create four pieces, each of which is titled ‘Safha’ with a respective Latin numerical suffix. Not unlike the titling of the piece, Naqvi creates images from two sets of vocabulary each of which he deems is representative respectively of the ‘East’ and the ‘West’. Before questioning the idea of representation, it is pertinent perhaps to question this perfunctory divide between ‘East’ and ‘West’ itself, particularly from an urban center in this part of the world.  Although the intention of the artist is to amalgamate the two but the ‘East or West’ question is a meaningless tautology unless one was navigating at sea with a compass. Similarly, Naqvi’s spirituality vs. materialism claim, in addition to being a somewhat false dichotomy since the two may not be direct polar opposites at all, is a very charged political construct: the Occident births the Orient and vice-versa. This information is important because Naqvi’s expression seems to sanctify The Clash of Civilisations narrative, the repercussions of which allocate responsibility to assumptions of inherent unalterable trends rather than policy. The recent coining of the term ‘Muslim rage’ by Newsweek is a linguistic reflection of these repercussions.

Technically, Naqvi’s work is an interesting take on the forms of both printed text and calligraphy, particularly in the translations of the former into a handmade mark and the latter into premeditated bounded shapes. Moreover, the use of Lorem ipsum (filler text), infuses Naqvi’s work with a tension between the signifier and the signified which calls into focus our attempts at locating meaning within the two.

Julius John sets a constant frame over a period of time, photographing the view from his window most often when people went by it. This is an inadvertent census of the neighborhood, and draws a demonstrated parallel between the unchanging frame and the life that flits through it, almost as if by chance. John divided the grid of collected photographs into the people going in one direction from that of the other, the overall effect of which looks like the two forces are engaged in a tug of war against the void between them and are resultantly bleeding outwards and onwards. This may be metaphor for a passive existence in a developing urban environment where change is almost an imposition by seemingly invisible forces. However, it may be noted that the photographs were not uniformly interesting and it doesn’t seem like John has made this selection from a larger batch. While the content is certainly of a pedestrian character, photographs which are unilaterally banal were easy to dismiss.

Madiha Sikander uses acrylic and gold on paper to create two paintings each of which is playfully titled ‘Pocket Full of Poses’ with an accompanying numerical suffix. At first glance, these works look like traditional centralized portrait photographs. However, as one spends some time in front of these paintings, quirky details emerge which not only familiarize the viewer with the projected character of the subjects but lend a supernatural air to the ambiguous space they seem to occupy. An example of this would be ‘Pocket Full of Poses II’, in which a masked figure with an undulating sense of balance stands in a mock scaring pose. An eye pokes from out under the mask but if one notices the structure of the face carefully, it seems displaced from its position as if it were stitched onto the mask itself.

Conventionally, portraiture is understood as a representation of the subject but if one takes into account the unavoidable filter and fallibility of perception, then an artist is only ever able to paint a portrait of him/herself.

Sara Khan paints a series titled ‘Power of Nature’ using oil and gesso on canvas. It is immediately apparent that the artist is concerned foremostly with the performance of paint as material situated within her frames. This is very unlike Khan’s previously known practice that heavily employs figurative storytelling; thereby associating these newer paintings with the avant-garde of the 1950s would be an uninformed claim. However, that is not to deny the obvious similarity in a more spontaneous, sub-conscious mark with unconventional instruments. This seems to value the process of painting itself as somehow spiritual, which explains the potent title. On the other hand, one has to resist falling into the trap of a label which homogenizing meaning simply because of a consistent technique.

Saeeda Nawaz creates a series of untitled paintings using Gouache on Wasli that predominantly feature foliage. While the subject of these paintings is unplanned chaotic growth in its undisturbed natural state, some stylistic preferences impose upon these images an incongruous ornamenting order, particularly in the case of detailed leaf clusters. Another stylistic feature is an attempted part transparency that Nawaz tries to create with opaque white line. This technique, also rendered in detail, retains most information leaving little to imagination and failing to create any sense of absence. Perhaps, the difference stylistic form can make is more legibly demonstrated in the following poem by E.E. Cummings which also refers to foliage: