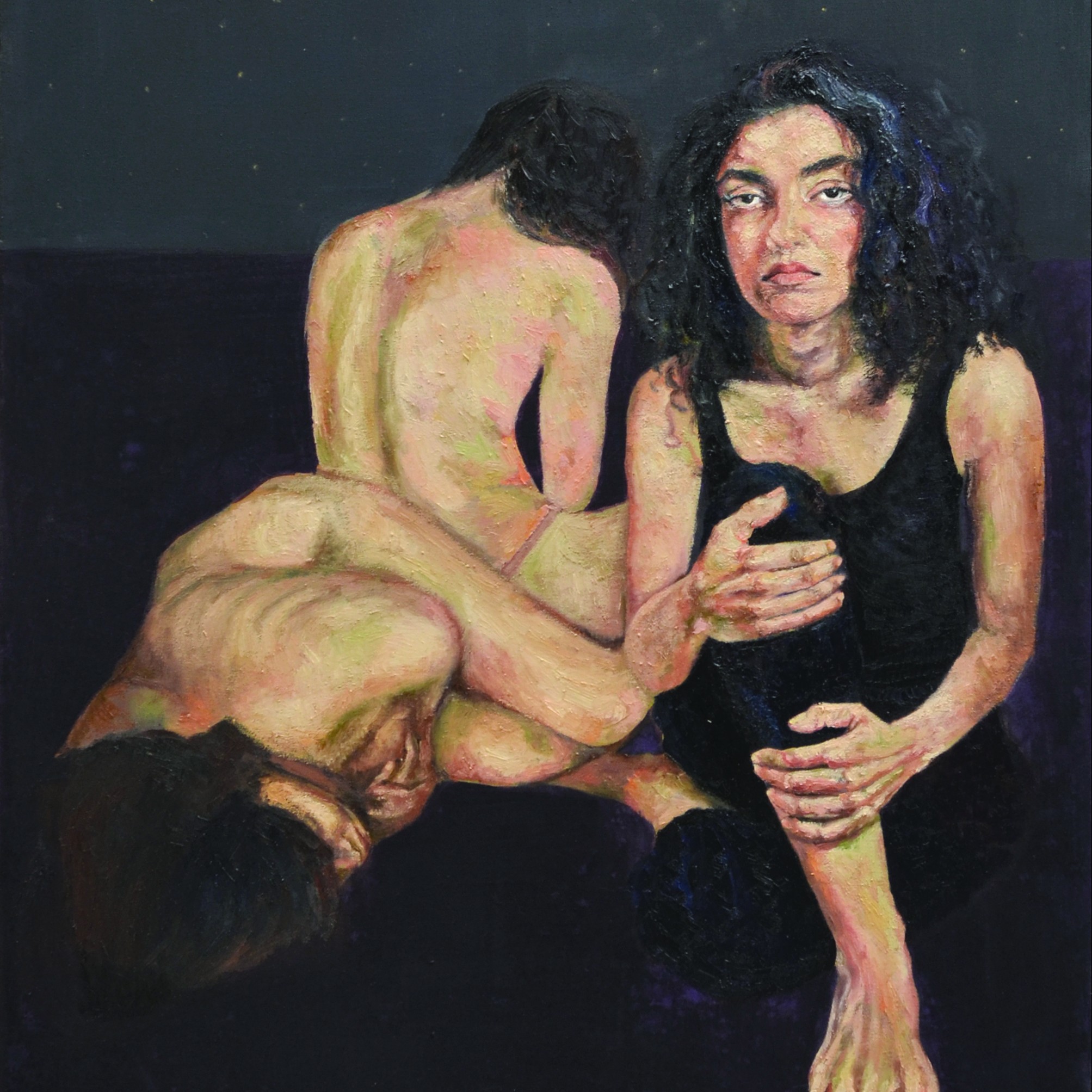 I have to tell you a story.

Nayyirah Waheed recently tweeted:   “..when there is an old intimacy... with new friends.”   Social media is becoming

“..when there is an old intimacy… with new friends.”

Social media is becoming an increasingly common part of everyday life. Many social media sites (e.g. Facebook, Twitter and Snapchat) support new interpersonal interaction methods, some of which are neither directed nor reciprocated. For example, social media users can share online ‘posts’ (self-disclosures) of themselves friends and strangers alike without interacting with any of them. This is vastly different to traditional face-to-face communication. In an age of social media, our habits and natures are being molding by the influence of social media itself. To say that encounters taken place on those platforms are devoid of any emotional connections is false.

“Intimate” as an adjective and noun also comes from Latin, in this case the superlative “intimus,” means “close friend”. In English, “intimate” can mean “most personal, innermost” (as one’s intimate thoughts) or “closely personal or familiar” as in intimate family relationships. But in the context of today’s medium and pace, that is controlled and dependent on social media, it has changed the meaning of what intimacy really means. I suppose most of us have had an intimate moment on a platform with a stranger or perhaps an acquaintance that makes a sort of twisted sense as so many people are timid when it comes to opening themselves up to others, which is required for intimacy.

The portraits drawn and painted in the show, ‘I Have To Tell You A Story’ went live at Sanat Initiative on Tuesday, January 23rd, 2018 with works by Numair A. Abbasi and Amna Rahman at the heart of it. The works in this show are a testimony for what it takes for two bodies to create that sense of trust that they both reside in each other’s company with sheer vulnerability.
Holistically there exists a dichotomy and an overlapping dialogue between the works of these two artists. Where one, Abbasi, has shown the impersonality of a relationship between strangers, where the body languages were self-directed by the subjects, are much more candid and open to one another; Rahman has portrayed personal subjects with herself as the centre in most of her paintings, treating her visuals with sobriety in terms of body language and compositions.

Formally speaking, Abbasi work explores the physical emotionality of the male bodies with studies of fleeting exchanges captured in charcoal drawings. The vast drawings of these men have their facial features either not completely drawn or washed out with tones of bluish greys, as if almost a dream or a hazy memory, that do not capture the exact expressions, rather, the nonchalant lust that was in the air shared by the strangers in pairs of two.

Coupled with poetic texts in Urdu and English, that were either based on the exchanges between the characters in his paintings, or ones Abbasi has personally shared with people and vice versa. In his work, ‘Let’s take this to another room, shall we’ has a text included that says “We are often more comfortable sharing our secrets with strangers” has two figures amid a sexual encounter: one, standing defiantly staring down at his partner, who on his knees is leisurely peering into his partner’s privates. When asked about the works, the artist responded saying it is in fact a comment on how social media platforms are being used between strangers for intimacy’s sake. Where strangers do not mind sharing private details about themselves with the confidence of privacy that social media allows them. The titles of each of Abbasi’s work are also derived from the exchanges that his subjects have had with each other or with Abbasi himself.

For this body of work, he deliberately diminished the element of control from the language of his drawings to the direction of what the subjects are to do. It is this that makes it his most unpredictable yet fearless works so far (while tackling the queer narrative.)

Rahman’s work on the other hand is an exploration of the female form. Languid in their postures, with defiance in their eyes, Rahman chose to create these figures of dark/olive skinned females that stare back as if almost tired, questioning and defiant of explaining the presence of one’s self to the viewer. In her earlier works she has discussed the narrative of relationships of her subjects with herself, where in contrast in this body of work, there is no narrative. Like Abbasi, there too is an impersonality that lies between Rahman and her subjects in the paintings. For this body pf work, her focus remained on the feminine form and nature, of how the exposed skin swells and decompresses under the weight of another, or on its own the form it takes. Upon questioning the artist whether or not her work is about feminism, the artist responded saying, “it is more about the male figure not being there than feminism, because feminism is an altogether a different topic to talk about. But this is mainly about how there is no male present. I don’t want there to be a male, that’s all… ”.

Unlike Abbasi, she chose not title her paintings in order to maintain the non-narrative nature of her work. Most of the paintings had dark backgrounds complimenting the tones and the undertones of the skin. Whereas in one particular work that stands apart from the rest has two women, one sitting laterally behind Rahman herself, has a textured background made up of Egyptian-like hieroglyphs, that also maintain no narrative to the scenery, rather used as an aesthetic choice.

The creative process of both the contemporary artists relied heavily on stories and conversations surrounding intimacy through temporary platforms of ‘stories’ (that disappears after a few seconds or hours, depending on the app) during the production of work which makes one question about what is intimacy in this digital age after all? I suppose it’s different for everybody and that the way we express as people in today’s day and age with every encounter is, variable to say the least. Despite grazing the queer narrative, it is the universality of the theme of intimacy, which is what makes this show relatable and such a success.