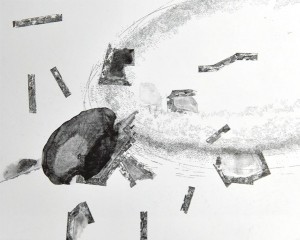 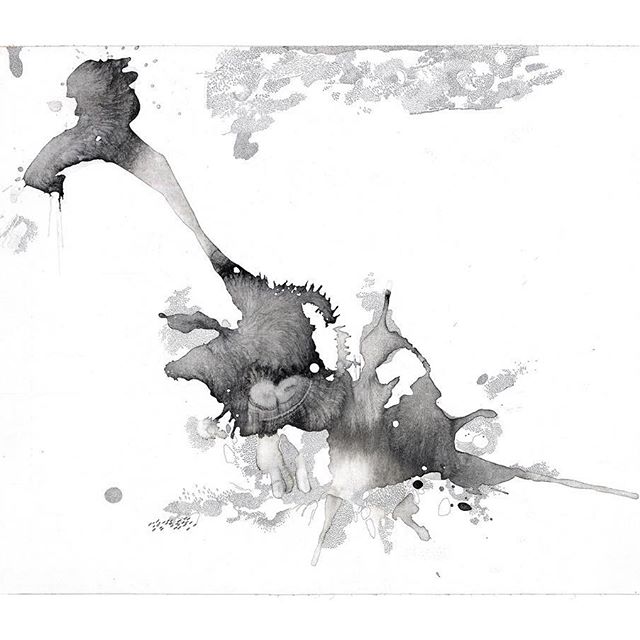 Tulamba is a small city in Punjab located on the eastern edge of River Ravi in the Khanewal district. Recent excavations suggest the area to be inhabited for over 3000 years. Archaeological proof implies that many forces have invaded this place over the course of history due to its significant geological positioning, providing a bridge between the North and West. The ruins of Tulamba and the ever-changing geography and layers of history that come with it are the focus of the work of the artist, Farrukh Adnan.

On July 4th 2017, ‘Enigmatic Spaces’, a solo exhibition by Lahore based artist Farrukh Adnan opened at the Koel Gallery in Karachi. The drawings of Adnan made with pen and ink incorporate blotches of ink and mark making to suggest landscapes that almost seem moving and map like. Tulamba is the home city of the artist. He is intrigued by the process of civilizations being mapped over and over again in the area of Tulamba, allowing the area to be layered with histories that go back to the start of recoded time. Tulamba is geographically part of the Harapan civilization, steering his research on the mapping of human interaction with the land and the altering landscape of the city.

The ink and pen marks on canvas suggest the idea of what is built, un-built and un-dildable in the city that is marked by a juxtaposition of urban planning and remains of ruins. His drawings reflect the streetscapes of the city scattered across vast areas of land with hints of remains of ruins that have been destroyed over time. Although whether this happened through natural or man-made disasters is unspecified. His treatment of these ruins in his drawings is a series of marks, stripping them of their detail, highlighting how these ancient sites are denied of their inherent nobility.

The drawings are also an interpretation of time and space along with human interaction with the land. The layering of medium and fractional revealing of evidence confuses the viewer into believing that the architectural elements are familiar to the eye, which can and cannot be true. This layering and infinite mark making suggests the endless possibilities of human interaction with the landscape and the constant changing topography of an area. Adnan’s drawings are plan like giving an Ariel view of Tulamba, marking some of the buildings and houses of the city but leaving most areas vague.

The artist believes there is a strong need for funds to be allocated on the preservation and maintenance of such sites that contain endless information of the transformation and development of the world as we know it. This concern led to his research into not just a documentation of ancient history or the city as it was at the present, but rather a deep cathartic journey that allowed him to engage with his homeland and the histories associated with it that have long been forgotten. These investigations resulted in the form or marks in his drawings.

Enigmatic Spaces is a story of how time buries everything that was once present into a long forgotten past. The realities of today get layered by the realities of a futuristic time and become insignificant. Adnan’s drawing highlights the past and the present and the need to preserve our histories that make us who we are.