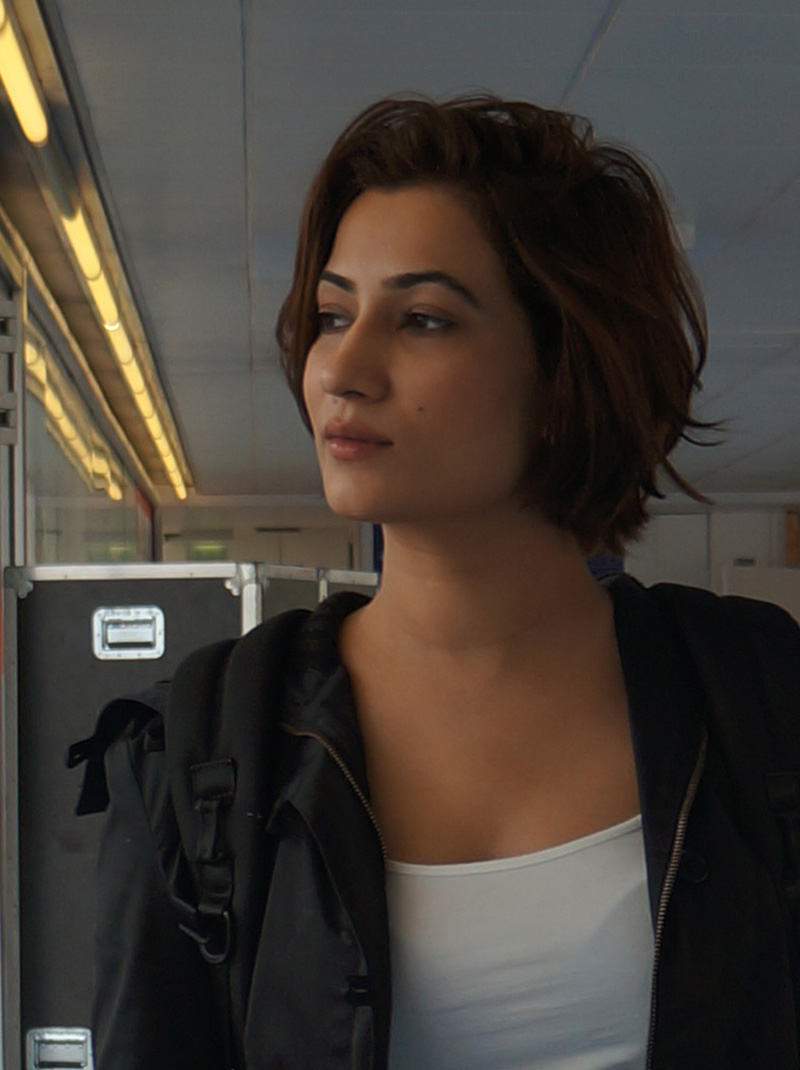 While discussing his views on cinema and the moving image in an interview, Jean Baudrillard   described various scenarios of everyday life h

In Conversation with Unver Shafi Khan
Jamil Naqsh: Art is a Way of Life
An Uncanny Simplicity

While discussing his views on cinema and the moving image in an interview, Jean Baudrillard   described various scenarios of everyday life he felt had a cinematographic quality.  He called his perception “hallucinatory” and elaborated by saying that “cinema has a profound effect on our perception of people and things, and of time too. But how can you describe all that?” (Charbonnier, 1993)

This is a query that has piqued the interest of many contemporary artists today who are already asking and responding to the possibilities inherent in such a world view. We live in an image saturated world of artifice and self- obsession and contemporary art today has opened a Pandora’s Box in its quest to unravel the complexities of perception and time. One artist whose work invokes this discourse and critiques our postmodern age is Aroosa Naz Rana. Her immersive videos and stills of everyday life are banal, deceptive and lure the viewer into an unsettling world that uncovers the emptiness of urban life, negating our perception of reality as we know it. The familiar becomes unfamiliar and our discomfort is palpable as we become insidious voyeurs of public and private spaces.

Artist and art educator, Rana graduated from the prestigious National College of Arts, Lahore in 2003 with a Major in Painting. She completed her MA in Art Education from BNU in 2017. Between 2005-2008 she taught at her alma mater (NCA) and has exhibited in various Solo and Group Shows both nationally and internationally. Her work has been featured in the Dhaka Art Summit, Gallery Latitude 28 at Delhi, Museum Capitolare di Arti in Italy and Colombo Art Biennale. Her recent Solo, the “Cross-Pollination” series was held at Mississauga, Canada.

In the midst of a hectic globe-trotting itinerary which included an inauguration of her Solo Show in Canada, Rana was in transit when we sat down to have this conversation via phone.

You graduated in 2003 with a Major in Painting. What were your artistic concerns and area of interest at that time?

There are always multiple meanings and concerns when you begin working on something. At the time I was trying to draw a relationship between the body and constructed environments. It was an interest in the anatomy of the body, sexuality and relationships all expressed through subtlety and symbolism.

That is interesting because constructed environments and the body still seem to be important components of your work. “Superman” which is a time lapse video and “Birthday on Skype” which is a photographic still both feature superheroes. These are constructed icons of popular culture. Is there a reason why this motif appeals to you because it is featured in two of your works.

Well yes, when I was a child I loved Superman. You look at Renaissance paintings and there are these important men who exude and show off their power through material wealth and wear costumes because they have a certain image just like Superman. It’s an illusion. You are absorbed by it all in the same way as you are absorbed by the moving image of Superman on the TV screen. In the entire scene which is static because the women in the domestic setting are still as they are staring at the moving screen, even you are drawn to the moving image of Superman. For you the women become secondary. The women are also staring because they are watching a character they desire-in the act of looking/admiring they possess Superman now. Yet you are invading into the space of these women. Then the women’s faces twitch or move slightly as the illusion of you having power is broken because you realize they are not objects but live human beings. It’s a false invitation. You only realize this when you watch the video for awhile. So the question I am asking is about time and perception.  There are layers of meaning in the work. When and to what extent can a viewer stay with an image? How much does it resonate with a viewer?

And what about “Birthday on Skype”? What is the context of the child in the Batman costume?

Well it’s a still of my son in costume and shows a happy moment. It’s a comment on how we want to imagine our lives as being perfect when they are not. So starved are we for perfection that we treat these photographs, these moments and enhance them with softwares and camouflage them like with a costume or a layer of makeup. We take pictures of ourselves and do that too. Once we are “enhanced” and “covered up” we make that constructed self our display picture and then we need a projected life to match it all. We can only own happy moments as memories these days once we put them up on facebook and get hundreds of likes. This competition for approval for even memories that are visually treated is the only representation of reality we want these days.

One of your works is titled “Melancholia”. I cannot help but think of the film by the same title and its content.

Yes the movie really inspired me. The image shows me in the foreground, posing, still. But in the background the moving image of the dead birds falling is actually taken from the film itself. The time lapse in the background of the birds falling is very very slow. You have to stay still and observe, entranced to see that. Then you want to stay to make sure it was moving. Really it is about contrasts and contradictions: I am alive yet I pose in such a way that in expression I appear to be lifeless. So that is a still. The birds behind me are dead yet they are moving. So there are a lot of questions. I question the medium itself because the expectation that the image will move is there yet it does not move in the way you expect it to. Can a video and photograph work together then in the same medium? If video is all about time lapse and sequence then can I break that and as a viewer start watching from the middle and still be entranced? There are questions about their positioning: How can a moving image and still image speak to each other?

“Future Archive, Post 27.03.2016” is very deadpan, stark and bare. What exactly do you want to say about this archive of images?

I have an association with that site where I shot that video. I spent a good part of my childhood at that park so there were memories and ideas of it in my head till I saw the video clips of the bomb blast that took place there. Those clips were not something I wanted to see.

So when the park opened again after the bomb blast I decided to go see if it had any remnants of that aftermath. For me I guess the most bizarre thing was that with its emptiness and silence it had never been so beautiful before. Also, because they had made a conscious effort to make it look normal again when I already had those bomb blast clips in my head it just seemed as if it was a clumsy attempt to hide something that became all the more painfully obvious only BECAUSE a conscious attempt had been made to sanitize it. The victimization was much more obvious because an extra layer of makeup had been put on it.

What can we expect from you and the new body of work you are developing? What are your conceptual concerns right now?

Well I completed my MA in Art Education last year from BNU and my thesis was on RLP ( Research Led Practices) that add to new knowledge and not just art only. Marcel Duchamp is one great example. His urinal changed the premise of art altogether and now we use the idea of readymades as given. I am a great admirer of Damien Hirst’s work and his approach towards his practice. I love his art. I used his example as that of a trend setter in terms of also being an economic entrepreneur. So there is an interest in finding similarities in various disciplines/ visual culture/ occupations.

You seem to be passionate about both being an art educator and an artist. How do you want to be introduced or represented?

I would like to be introduced as an artist since you asked but I think both roles involve being a maker so that is what I am. In one’s studio practice one is practicing and questioning at the same time on an individual level while as a teacher if I take on say 20 students I am taking on 20 problems that I have to find solutions to but in collaboration with the student by giving input and guidance.

Do you think art making, the art market etc. has changed in recent years since you graduated and debuted? What are your observations?

Well for one thing the social media and internet has shrunk the world. Nothing surprises you because you have already seen it virtually through technology. Art collectors who are collecting our art are mostly based outside the country. The colonial instinct is still there. Otherness sells and gets appreciated in the West. But the artists for whom art as a discipline is not region based and through their works they convey the bigger debate of defining / redefining art, they don’t get that many opportunities and appreciation. Terrorism, feminism and meditative art appeals to the Western sensibility. “Selling” is not the criteria of success though.  Personally, if work does not add some new knowledge or ideas it does nothing for me.