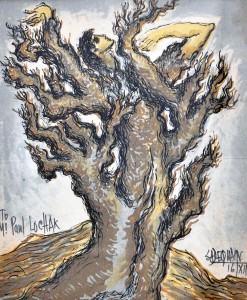 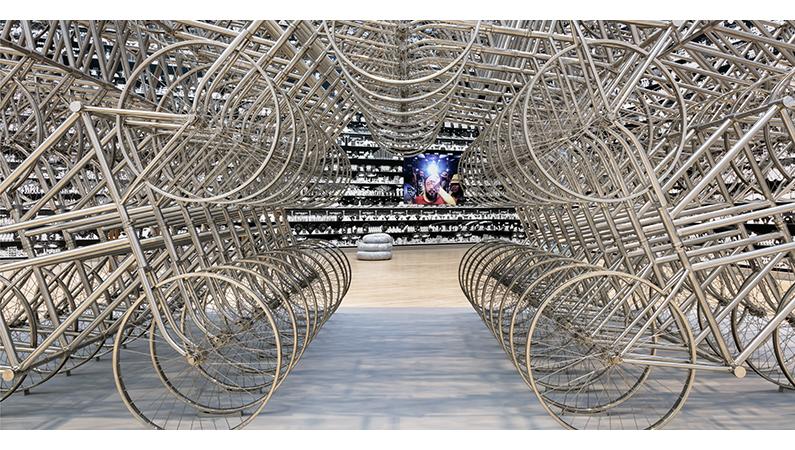 Transplanted Artists and Cities of Adaptation Berlin, its Global Spectrum of International Art and Artists and the Question of Identity

For many decades and even centuries, artists have crossed borders to increase cross-cultural understanding and exposure to the arts. The world’s most artistic cities know no boundaries when it comes to attracting artists to formulate creative expressionism in a much larger context than what they may have seen in their own countries, and Europe to date is still the artistic Mecca of the world with the likes of Paris, London and Berlin still being the hubs of nomadic creativity.

Presently, we may see that France’s mid-20th century cultural heyday may have passed, but the country retains its appeal for the overseas creative. For some it is fashionable, for others a time of exploration and learning. In fact, from the 1950s to the 1970s it was almost mandatory.  An article published in the Guardian in 2015 titled “Foreign artists still find French Inspiration”, speaks of the the US painter Shirley Jaffe who arrived in Paris in 1949 when the idea was still in its prime. “Artists would come here, determined to stay and be French,” she says. “In those days there was no question of going anywhere else. We would read Gide and listen to Brassens,” says the Turkish conceptual artist Nil Yalter, who settled in the capital in 1965, joining other compatriots such as Sarkis. The streets may not have been paved with gold, but it was a great place for discovery and debate. Yalter recalls her first surprises which allowed her relationship to deepen with the city: Yves Klein’s monochromes, The Chairs by Eugène Ionesco and a meeting with Jean-Paul Sartre and Simone de Beauvoir.

In the 1960s, Sadequain migrated for a brief period to Paris after he was given the Laureate de Paris award at the Paris Bienalle in 1961. Already a celebrated artist in Pakistan, the next few years in Paris catapulted Sadequain onto the international platform. As well as shows around the world, Sadequain was amassing a hoard of Parisian patrons. In 1964, Sadequain was commissioned to illustrate Albert Camus’ 1942 book L’Étranger (The Stranger), thus seeing a shift in his signature style art work – large scale murals and calligraphy – whereby he produced a set of colour and black-and-white lithographs that accompanied a special edition of the novel. Although successful in Paris, Sadequain found the lifestyle there difficult to adjust to and yearned for home and returned to Pakistan after spending six years abroad.

But for many artists France offered an escape from an alienating present. In 1973 Esther Ferrer fled Franco’s Spain. Here this pioneering performance artist “learned independence and feminism”. “It enabled me to define my own views,” she says. Similarly Yalter clarified her position on feminism and her attitude to society. But, she admits: “I’m the last of the Mohicans. Turkey’s younger generation look to England, Germany and the US.”

When I was a student in 2015 completing my Master’s studies, my professor would always say, “Berlin is sexy!” and it took me living in that city for 6 months to fully realize what he meant. According to Ted Loos of the New York Times, “New York is the art world’s undeniable hub and certainly its commercial heart. London and Hong Kong rate partly because of strong auction scenes. For museums, we’ll always have Paris, and Italy has jaw-dropping art tucked away in seemingly every church.

But Berlin has artists.

No matter where they are from originally, they like to live and work in the German capital, producing art even if they don’t show it there. Having solid galleries and museums certainly helps, but it may be more a function of cheap space, the city’s embrace of offbeat behavior and a hard-to-quantify ability to channel the creative spirit.”

The dynamism in the art scene following the fall of the Wall created a “Berlin hype” that is still attracting people today. Berlin-Mitte, in the former East, has a burgeoning and internationally respected gallery scene, as does the western district of Kreuzberg a unified Berlin has long since replaced Cologne as the art capital of Germany. Berlin is resoundingly categorized as the most liberal and artist-friendly place one can ever have been to, with many international artists choosing it to be their adoptive homes for a variety of reasons. For Ai Weiwei, the acclaimed Chinese multimedia artist and activist and one of the world’s most prominent dissidents, intellectual and moral support contributed to his decision to live in Berlin with his partner, the filmmaker Wang Fen, and their son. When he was detained by the Chinese government and had his passport revoked, he openly received strong support from both civilian and government levels in Germany, thus making the choice to live there on a permanent basis and easy one.

For others, the decision was more of a practical one than an idealistic one. Artists need room to work, and Berlin is an enormous city — the oft-cited statistic is that it’s nearly nine times the size of Paris. But perhaps more important is the type of spaces that are available. With soaring rents for quality studio spaces in London, Paris and New York, Berlin post-the Wall provided large, expansive and well lit quarters at throw-away prices. This reason alone led to the mass immigration of international artists. An opportunity to actually explore their creativity without having to stress over the mundane responsibility of meeting next month’s rent. But today the situation is very different than it was some twenty years ago when the dazzle of Berlin was so very appealing.

According to Gabrielle Horn, the director of the Kunst-Werke Institute for Contemporary Art and the Berlin Bienalle, “In the last years, the real estate situation has severely changed, and with increasing rent, the lack of spaces, [and] the commercialization of cultural trends, it has become more difficult for artists nowadays to live and work in Berlin,” Horn admitted.

But, she added, “the spirit of working independently from external necessity remains, and leads to a continuously big creative input, making Berlin an exciting and inspiring city. Berlin is in a way non-hierarchical and permeable. This permeability is great, because it brings people together who otherwise might not meet. It supports the exchange within the art scene and beyond, encourages discourse, and offers opportunities for the creation of new ideas, or to push ideas forward.”

Presently if one was to compare the art world in London and Berlin, it is predominantly understood and felt that London is where art is sold and Berlin is where it is produced. Collector Christian Boros says , “Thousands of artists from all over the world come to Berlin to work,” he added. “And Berlin is—and this is the big advantage—a production base for art, in contrast in London, where art is bought but is no longer produced.”

All this enhances the city’s reputation as a center for artistic endeavor. However, everyday life in Berlin is characterized by all kinds of artists of lesser renown – in particular young, creative types from other countries, who are flocking to the city and have begun to change the face of entire quarters.

Herein raises the question of identity of the artist. By transplanting to other countries as their homeland of choice, as opposed to ones of their birth, how does the artist identify himself? And thus in turn changing the identity of the cities they inhabit?

The issue of identity is often a complicated matter. One description of identity reads: “Identity is a state of mind in which someone recognizes/identifies their character traits that leads to finding out who they are and what they do and not that of someone else.” In fact, identity speaks of selfhood and uniqueness. Artists often explore the characteristics that determine our personal and social identity. They construct a sense of who we are as individuals, as a society, or as a nation. They question stereotypes and conventions while exploring attributes such as gender, sexuality, race, nationality and heritage. Culture then is informed by various forms of artistic and social endeavour such as technology, politics, style, music, performance and the arts. In the 21st century, questions of identity relate both to individuality and locality, as well as the world at large. Is it, then, possible to believe in the promise of a global culture, or will tensions between the local and the global continue to define the 21st century?

The mobility of the artist has a very broad impact both in the hosting and in the departing environments, thus enlarging the hypothesis of the creative city to a wider theory of artistic territorialization. Although the profile of artists’ mobilities may very much resemble that of other mobile people, what they do with mobilities differs. The impact of their moving is strong, not only for them. Learning appears as an essential component of moving, that artists can share with their social and cultural environments.

According to artist Olafur Eliasson, “The arts and culture represent one of the few areas in our society where people can come together to share an experience even if they see the world in radically different ways. The important thing is not that we agree about the experience that we share, but that we consider it worthwhile sharing an experience at all. In art and other forms of cultural expression, disagreement is accepted and embraced as an essential ingredient. In this sense, the community created by arts and culture is potentially a great source of inspiration for politicians and activists who work to transcend the polarising populism and stigmatisation of other people, positions, and worldviews that is sadly so endemic in public discourse today.”

For this, the importance and relevance of maintaining geographical mobility is essential to artists, since confrontation and exchange of ideas is essential to the creative process. Artists need to have the possibility of working away from their normal surroundings in order to refresh their creative drive. This need for geographical mobility offers and ideal window of opportunity for helps establish an artist’s international reputation and enrich his work, and it also gives the artists native country an international profile, a fact of fundamental importance to smaller countries above all.

And so to conclude, we can say that moving is an integral part of the individual aesthetic experience of artists. The encounter with art – and with others over art – can help us identify with one another, expand our notions of we, and show us that individual engagement in the world has actual consequences. Moreover, it is, as an object of reflection, part of art itself and thus integral to the evolution of the creative process.