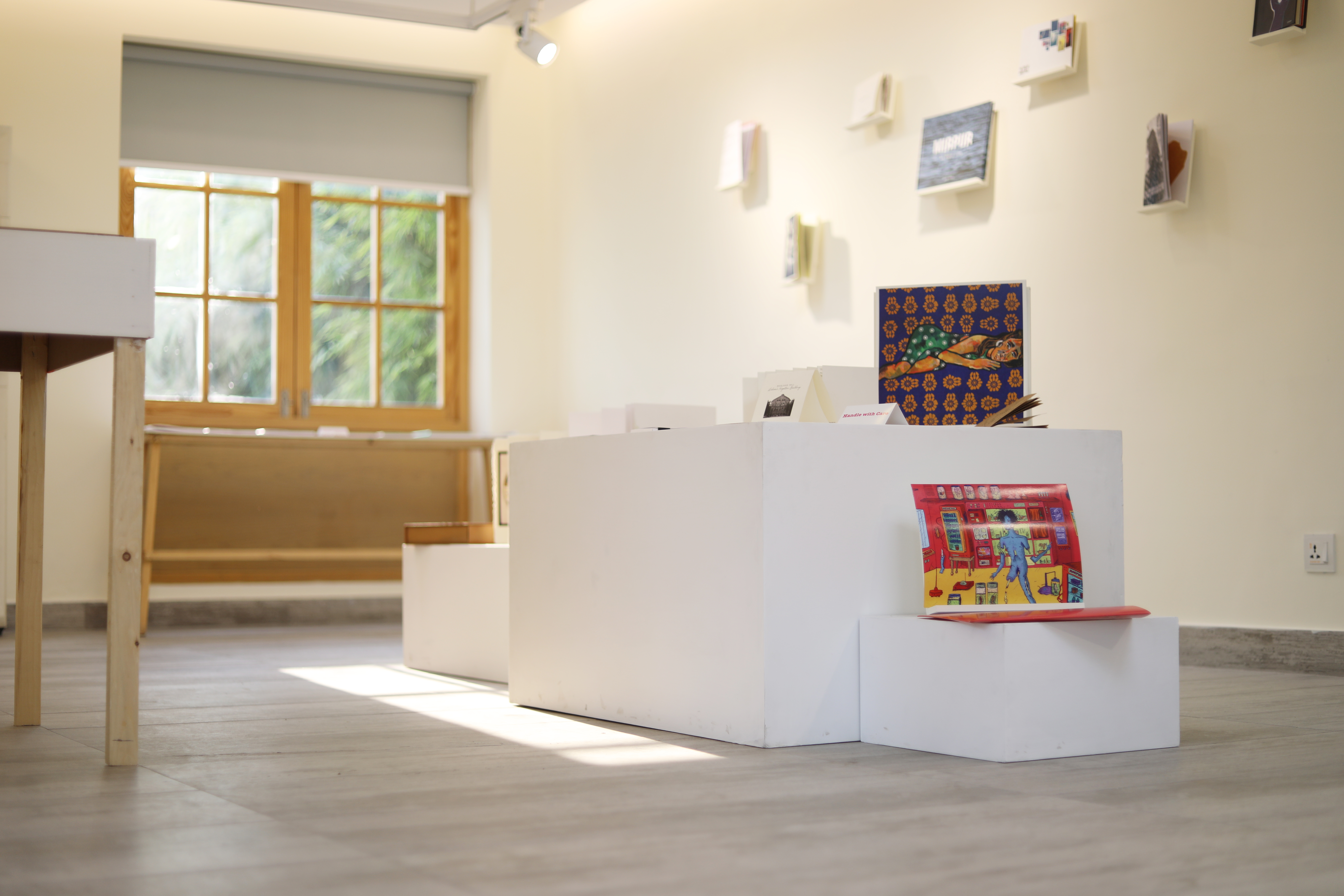 Bookmaking and self publishing as an artistic practice has embodied a counterculture spirit historically. From political pamphlets

The Craft of Art
Iqbal Geoffrey
Caravaggio-Bernini: Baroque in Rome

Bookmaking and self publishing as an artistic practice has embodied a counterculture spirit historically. From political pamphlets, sci-fi and punk fanzines, to publications of personal and activist content. A powerful democratic medium, it allows makers and artists to express and share ideas, have dialogues with society, quickly and cheaply, free of rigid editorial concerns. It also shares the artisan spirit of the maker movement; an urge to re-explore the tactile experience of making and reading books in the digital age; where artist books have pushed the boundaries of what defines a book.

In a climate of censorship, paralysing hierarchies in creative industries and increasing commodification of the art world, the autonomy afforded by the self-publishing medium is crucial to artists, designers and makers in Pakistan to express ideas that break out of the normative. For this reason, galleries and creative spaces have witnessed a growing, though sporadic, interest in this practice. To fully appreciate its potential and the many forms self publishing can take, there is a need for studios and inclusive platforms dedicated to the making and dissemination of book-arts.

With over 30 self-published books and printed matter by emerging and established artists, THP Daak, is the kind of platform we need to consolidate the self-publishing discourse while bringing it to a wider audience and expand its support network. THP Daak was conceived by Ayesha Saeed – artist and founder of The Happieee Place (THP) – a communal bindery and research studio in Lahore. The work collected through open submission ranged from prints, illustrated books, zines, and postcards.

The democratic nature of the medium was realised well in the diverse themes covered by the work. It ranged from memory and heritage in Sultan Ali and Sumera Murtaza’s Valleys of Nostalgia: Letters from Hunza; settlements lost to development in Saliha Rashid’s photobook Mirpur; social commentaries by Haris Hidayat Ullah’s A Great Tragedy With A Lot of Product Placement, Ammara Sikander’s Empowerment, and Mahnoor Ahmed’s Women of Pakistan; subjective connotations of language in Said’s Dictionary by Mushba Said to creative explorations coming out of globally shared phenomena like #inktober in There be Monsters by Julian Eyck Aziz.

Nine – Sixty-Three was a tête-bêche, a two-sided book, where Jovita Alvares, in her typographical exploration laid out what could be seen as textual maps recreating a two-way bond between the artist and her dog, Bruno – and through that with the reader. Amna Hashmi and Luis Felipe Bigato’s Lularum goes to the Coffee Cave was beautifully expressed merging of art and technology where the Luis, a software developer, designed games based on the artist’s characters. The mini game disc accompanied by a zine and direction cards that came packaged in an enveloped little parcel.

Aqeel Abbasi’s sketches of Bhaati Gate came on a wooden scroll, and Letters from Hunza used metal hinges for its text etched cardboard artist book. Of the accordion book entries Amna Pervaiz created A Kaleidoscopic Assemblage – The Walking Museum. Yousuf Bashir Qureshi’s poetic recollection of his encounter with a Sikh was a handwritten letter, and there was Sophia Balagamwala’s Busts of Important Men on the quickly-put-together end of the zine aesthetic spectrum.

The curators’ note mentions the exploration of paper, binding and printing techniques was new to many of the makers and this came across in some publications, despite the over all diversity. On the one hand the open ended selection premise worked well for test run experimentation, but for a curated show it risks the collection looking like a heterogeneous sampling. A defined focus in future editions could bring about a more nuanced exploration of the print form.

One edition of this collection of THP Daak was sent to India’s First Independent Art Book Fair, Art Book Depot: Jaipur Edition 2020 – a submission made by The Happieee Place in collaboration with visual artist, Amina Cheema who was also part of the reviewing committee. One of the contributors, Saniya Jafri, mentioned how makers from India reached out with useful feedback and appreciation for her spatial research publication [re-] discover the City. One of the Art Book Depot organizers, the Farside Collective from Leh, Ladakh reciprocated by sending some of their publications to THP that were also displayed at the exhibition. This was not a formal exchange but highlights how a two-way exposure can be a critical addition to this laudable initiative.

Relevant film screenings, artist talks and Japanese book binding workshops made the event more interactive and younger artists were particularly drawn in. The current edition is due to travel to Karachi and Islamabad and will be at THP Artists’ Book Collection + Archives for public access.