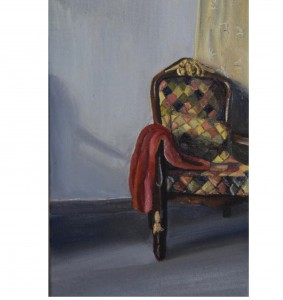 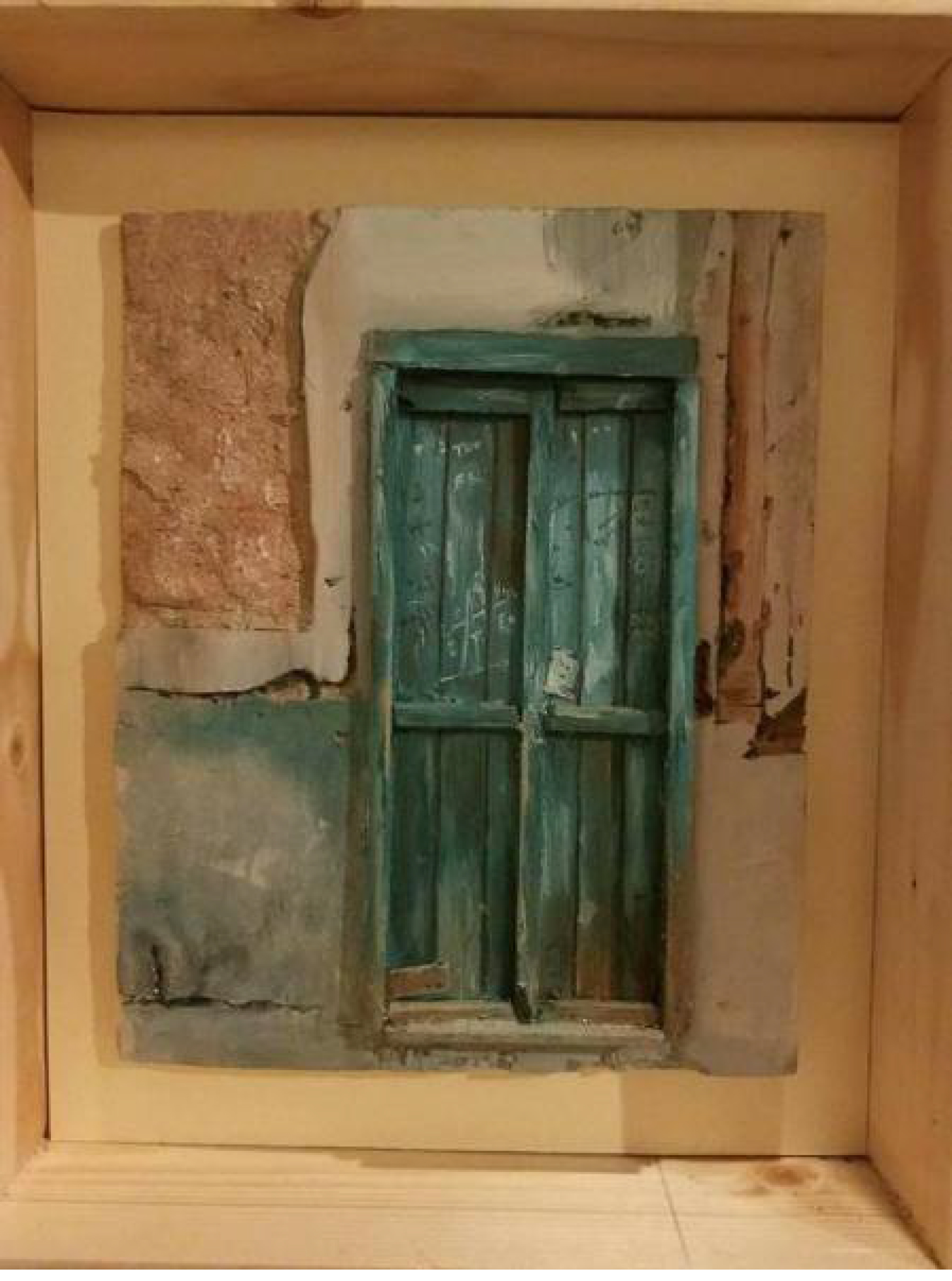 Opened on 23rd February, ‘The Urbane’ was a collaborative venture of ArtNow Pakistan and the Art Kaam Gallery. The 17 participating artists were fresh graduates from Indus Valley School of Art and Architecture, Karachi University and Karachi School of Arts. For most of them this was their first exhibition after graduation. The exciting new gallery space endorsed this young group of diverse artists to express their narratives using a wide range of media.

Painting was a dominant medium in this show. Artist Hadiqa Arshad captures traces of  childhood memories in her paintings. Her work deals with the sentiments and distress correlated with that part of her life. Similarly, Khadija Amin’s small canvases were the documentation of a chair. The emptiness in the paintings and the lack of activity corresponds to Amin’s feelings of despondency that resulted from the loss of her grandmother.

Ameerah Shoaib  paints the dining room understanding how this space plays an imperative role in bringing together people irrespective of their differences.

Sanya Hussain also works with interiors. Her layered paintings are an attempt to visualize her mother’s house, a place where she has never been but has always heard stories about. The layered construction of her paintings aptly represent her reliance on her memory to visualize a space she only knows through stories. Sara Yawar is intrigued by homes of strangers and the possible activities that happen inside. Her paintings raise the question of privacy and invasion of personal space on an everyday basis. The paintings made by Gina Gull also focus on the exterior of homes but more specifically on doors. Gull highlights the struggle she faced in dealing with her confused emotions when she moved to Karachi. On the contrary, Kainat Amanullah makes large paintings that are whimsical.

Mishal Khan’s monochromatic paintings talk about the idea of memory. The high contrast paintings have an eerie and haunting mood to them. This contrasts with the work of Syed Shuja Ahmed who uses grids and patterns and a vibrant colour palatte to create visuals that replicate traditional patterns found in rugs and carpets.

Rahima Junaids monoprints deal with the idea of loss of memory. The monoprints “Now I see You Now I Don’t” and “Losing You Losing Me” show the struggle in remembering everyday objects. Another artist who works with monochromatic colours was Zainab Abdul Hussain. Hussain’s graphite drawings with objects that were partially converged with cloth talk about the Bohri culture and the idea of gender, identity and caste. Dania Shah also works with graphite on paper. Shah focuses on the journey of objects after they have been discarded. Her drawings are snapshots of a still from the journey that objects go through until they decay. The visual vocabulary of her work also touches the idea of pollution and waste.

Noor Butt’s passport sized photographs highlight the current fixation of perfect photographs of oneself. The photographs in covers challenge the idea of a perfect image by digitally distorting features of herself in each of the mug shots. The sculptural work of Maha Minhaj adopted a monochromatic theme. The paper moulded to make life sized objects such as the bath tub challenge the strength of the material. The ghostly feeling associated with the work invoked a sense of existence and simultaneous absence. Rabia Khan’s intricate foam structures represent the rapidly growing construction and demolishment happening in the city and the relationship the inhabitants form with this phenomenon.

The installation created by Muhammah Runija used a profoundly made mechanism involving gravitational backings and liquid dispensing objects that allowed organic free flowing paintings to be formed. The process was an exciting one to watch. Amna Khan’s videos are a take on the role of women in our society. Women play a number of different roles some of which are implicit. Khan tries to cope with such hidden roles as part of her work.

The exhibition was filled with fresh new ideas that have the potential to go a long way.