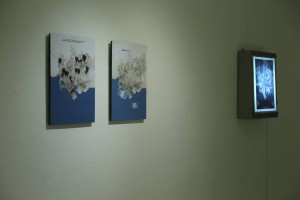 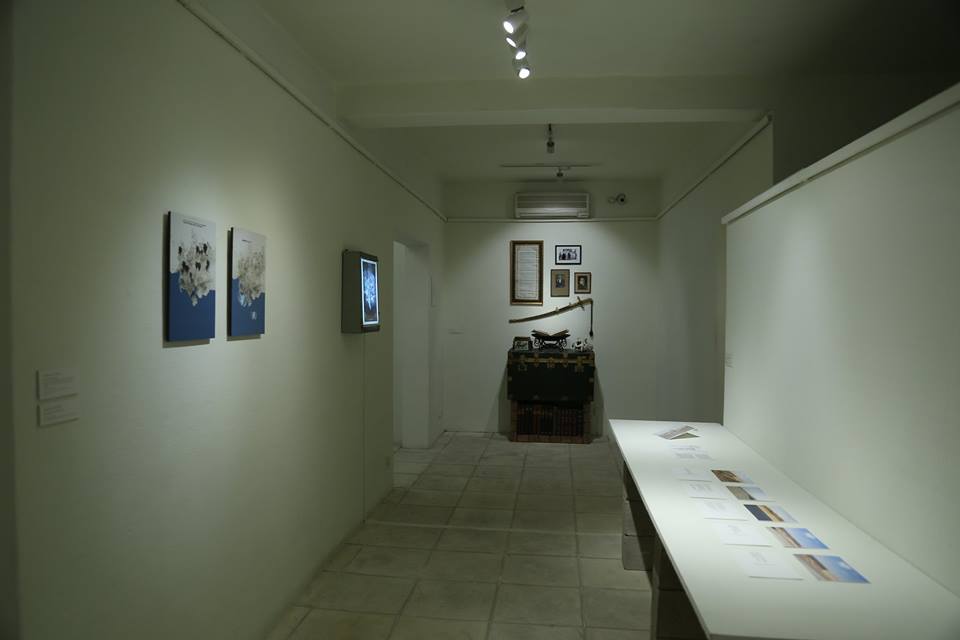 Language is variable, capricious and dynamic. Quivering with life, heavy with history and fundamentally hollow without context. The perception of language is subjective as meaning is essentially abstract. Mikhail Bakhtin’s concept of dialogism is essential to understanding the complexity that exists within words. According to the philosopher, dialogism recognizes the significance of the other in any form of communication and the method with which diverse meanings collide and create an intersubjective space.

Language is thus fluid, teeming with multiple voices and dense with options.
Curated by Zarmeene Shah, ‘Taqseem’, an exhibition at Koel Gallery, acknowledges the intricacies of language and its numerous contexts. Translating to ‘Partition’ in English, the show acts as a dialogic space, where eleven distinctive artists come together to consider the word and its abundant implications. Significantly taking place during Pakistan’s 70th year of independence, the artists deconstruct the word by exploring various social, cultural, personal and political narratives, spanning across time and space, bringing forth their own voices.

David Alesworth investigates the postcolonial landscape of the once British India. Alesworth navigates the invisible vestiges of prior imperial dominance through the delicate lines mapped across a carpet. The artist focused on Bagh-e-Jinnah, formerly known as the Lawrence Gardens, created in Lahore by the British. Part of a colonizing process that took place on a global level and fashioned in accordance to English design, the gardens underwent significant, symbolic changes after the country achieved independence, representing recovery of a formerly lost identity. Imran Channa similarly addresses a historical subject within his work, the character of Muhammad Ali Jinnah. ‘Find the Real Jinnah’, a digital print, revealing a number of Jinnahs seated side by side addresses the problematic dis-figuration of history and the false narratives the public is fed in accordance with the states agenda. The very notion that, rather than being spoon-fed the facts of our historical reality, we have to ‘find’ the truth amidst apparent distortion is startling and painful.

Althea Thauberger scrutinizes a theatrical display of cultural production. Her large scale photographic mural showcases the ‘Akingam Bhand Pather’ troupe, a humorous street folk theatre performed by a group of nomadic Kashmiris. The mural portrays scenes from a modified and localized version of the Shakespearean play ‘King Lear’. The staged politics of the cast, steeped in wit, may serve to highlight the political unrest surging through modern day Kashmir. Amin Gulgee‘s copper screen ‘The Salt Screen’, deconstructs the word ‘partition’, its phantom shadow poignantly drifting behind, perhaps echoing the spirit narratives embedded within.

Seher Naveed satirically comments on the slipshod, negligent level of security in Karachi and the laughably tragic stupor of its residents. Having collected a series of maps reporting explosions within the city, the artist reproduced the locations onto a map of Karachi, sardonically dubbing it the ‘Safe Map of Karachi’. Naveed employs humor as a tool to accentuate the rapidly disintegrating state of the city, while dissecting its impenetrable layers and connotations of violence.

Zahra Malkani and Shahana Rajani conducted on-site research at the location of Bahria Town, a substantial real estate development project. The severe structures, chafing and rasping against the artless land, displacing a myriad of communities, exist in a constant state of violence; enclosing, dividing and defining. The artists interacted with the man-made and psychological divisions at hand, experiencing the complexity of the terms ‘borders’ and ‘partitions’. Omer Wasim and Saira Sheikh investigate the ghost of a devastating intrusion onto land and sea, which never came to be. Discovering the abandoned plans of a coastline sector that was to be created, Wasim and Sheikh probe the callous longing surrounding a project that was blind to the consequences of eradicating and obliterating natural land.

Jamil Dehlavi explores a personal history, intimately traversing his parentage. By assembling a series of objects, vivid with their own narratives, the artist stitches together fragments of memories scattered across time, seeking to reconcile the disconnect between his parents’ conflicting cultures. The portraits of Dehlavi’s French and Indian grandfathers share a space, forever connected despite never having met. Zarina Hashmi also investigates personal memory, questioning the meaning of ‘home’. The artist’s prints consist of simple architectural structures: ‘My Fathers House’, labeled with rooms and personal objects in Urdu, evokes a sense of intimacy; a privacy that is both secret and wistfully relatable, of a cherished time that lingers in the past.

‘Taqseem’ is a multifaceted word with layered narratives that perhaps may never be fully comprehended. From a historical event taking place in 1947 to the concept of borders, divisions, or even discontinuation, Taqseem creates an emotional, contemplative space where possibilities are endless.