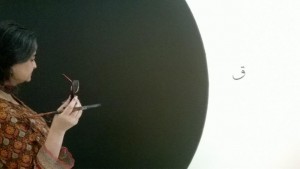 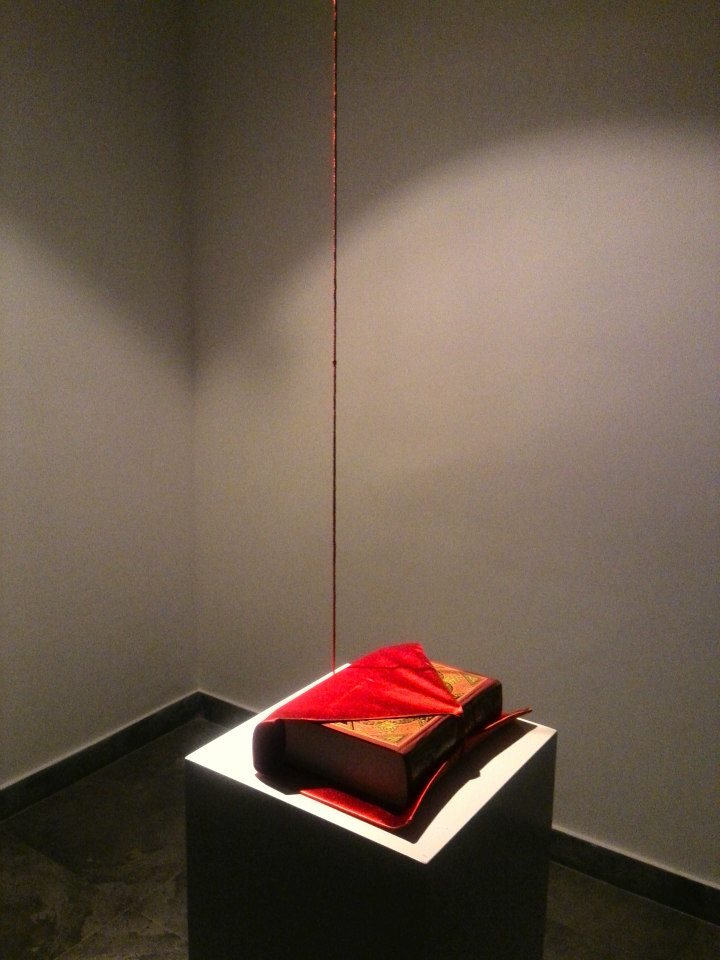 Shahkaar – In Conversation with Sumaya Durrani

As we flock around her right after our final MA Visual Arts First Year Juries and I request some time for an interview as directed by my professor Sir Quddus Mirza (Editor of ArtNow), there is a yes and a no in the answer that I get. The word enigmatic is a constant in all the published material that I’ve read about Sumaya Durrani in my humble quest to know a bit about her and we, the visual arts Master’s students frozen in the space of her eloquence, are proof that it’s true.

Durrani shares about her work in the exhibit at Chawkandi art titled ‘Rukh-e-Mustafa’, December 4-13, 2008  “Someone asked me why have you used Muhammad’s name, why not Allah’s and I replied I’ve only come to know Allah through Muhammad (pbuh) or else how would I have known the Almighty?… La ilaha ill Allah….; there’s a reason that the kalma ends with Muhammad’s name”.

While I read the following words in one of the reviews of her previous exhibitions I am struck by the title of the article ‘The Visual Adventurer’ in reference to a direct confrontation with its own statement; “Durrani’s triumph is somewhat in this nebulous area of resolve. But to know Durrani as an artist is to know that she leaves nothing to chance or providence or serendipity. Every elemental iota is calculated, measured by degrees of relevance and stated with a defining stamp of artistic authority.” (Nafisa Rizvi Encore, Dec 2008. Review on exhibition at Chawkandi Art entitled ‘Rukh-e-Mustafa (PBUH)’).

It is unavoidably tempting to contact the artist and ask her whether she agrees with the statement and I make a follow-up phone call. Durrani is on her way to Islamabad and she truly enjoys the query. In the very brief yet fulfilling conversation again the answer is left unto me.

The same article also states “Sumaya Durrani’s exhibition failed to attract the attention it deserved because the concerns expressed in it were those of a revolutionary nature and as human qualities go, we detest the shaking of the boat more than perhaps any other emotion”.

The adventure continues for the artist and the viewer and it would be rather unfair to claim a moment of any revelation in case of Durrani’s explorations.

Leaps of faith are the heart of this matter.