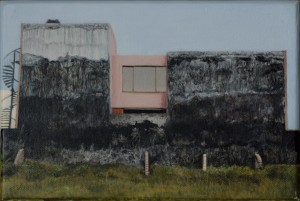 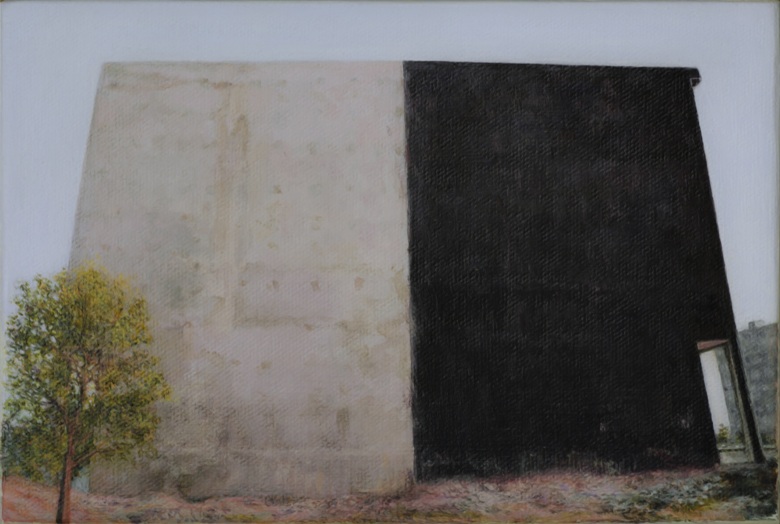 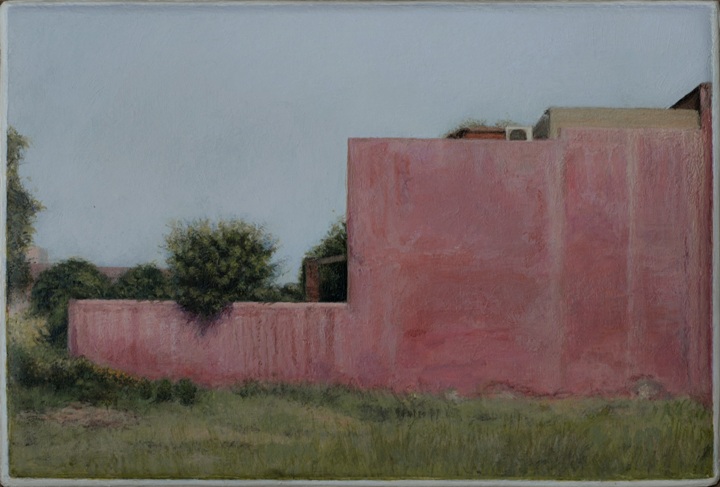 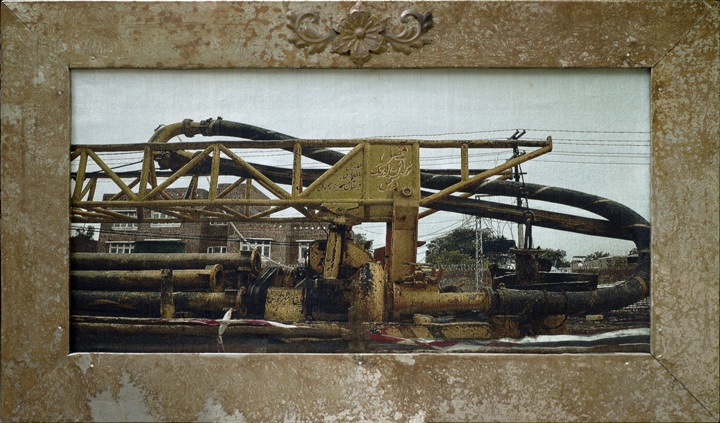 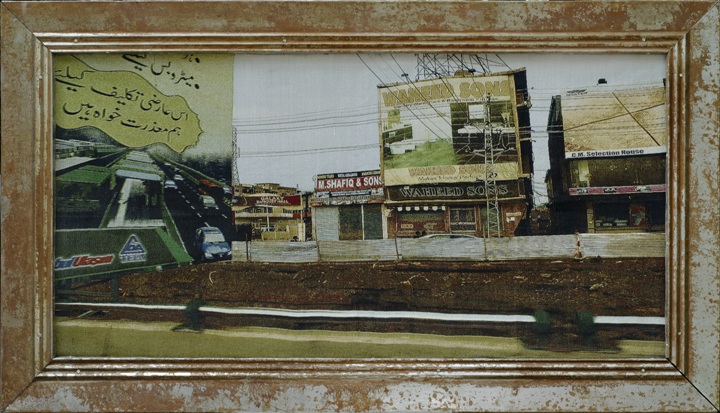 One often hears that Lahore looks like Amritsar or old Delhi. It is difficult to imagine people in the Indian part of the subcontinent having had the chance to look beyond history textbooks, political propaganda and manipulations of the media to this thought or the everyday lives of the people next door, across the border. We don’t, thanks to our monstrous population, with the connecting realities of poverty and illiteracy, delve into the motivations and aspirations of an entire people who are purported to be ‘the other side’.

In this aspect, Risham Syed’s work in Metropolyptical: A Tale of a City is quietly political. Housed in Mumbai’s Project 88, Syed’s postcard-sized paintings and awkwardly large photo-based jacquards in their industrial frames evoke a sense of the haphazard growth Indian metros have seen in past few years, reviewing an increasingly common dystopian reality resonating beyond the struggles of the ideological and geographical definitions of India and Pakistan. It is a thought citizens of Mumbai can certainly identify with. Roped in as the star of the Maharashtra government’s disturbing (and vastly unfulfilled) wet dream of turning Mumbai to Shanghai, the city has suffered myriad improperly constructed schemes to achieve this fantastical transformation. The geography of Mumbai is now a tangle of roads with confused names, phallic structures jutting out of a neighbourhood of chawls, mills and slums, and traffic jams. The confused geography helped polarised the city into a battleground of old-school vs. the new, much like Syed’s interpretation of present-day Lahore.

In the gallery, the small paintings from Syed’s Lahore 2010 series are interspersed among her larger, cumbersome jacquard tapestries that form the series We Are Sorry for This Transient Inconvenience. The gallery is cut diagonally with a cement wall, with rough to zero finishing as we walk along it, decorated with a showy light-fitting, which is followed by inexpensive lamps. In Lahore 2010, photo-realistic acrylic on canvas paintings portray the new homes and housing colonies that have mushroomed in suburbs of Lahore in the past decade. The landscapes feel inadequate. There are dead spaces, blank and unfinished walls, and in relief, most sport a single wall with a fully finished façade. The paintings speak to a community in limbo, in a continuous state of flux. The walls, waiting for someone to come fix them, suggest an impermanence that bleeds into the psyche of those making a home in it. The dead spaces somehow take over the landscape, creating uninspiring imbalances in design that tear through the happy-home fabric many of such housings aspire to across cities and towns of India. It could be read as a manifestation of a new psyche, a collective consciousness of a middle-class willing to discard or not acknowledge that which it cannot find sympathy towards.

We are Sorry for This Transient Inconvenience presents photo-realistic jacquard tapestries, but this time of the more commercial parts of Lahore. The pictures she presents could be present-day Mumbai, with a metro rail under construction, along with the numerous bridges, the election-time road repairs, new industrial complexes, all disrupting an existing memory of a city. While Syed does not seem to be criticising a change, her compositions show the transience from the city she knew to the city Lahore wants to become in a jarring light. Construction equipment, graceless and ugly, takes centre stage in the pictures. People are in the background as she shows a more jarring visual of a mechanical nightmare. As with Mumbai and Shanghai, with their hurry to rid themselves of colonial history, Lahore has been given to tremendous infrastructural development and restructuring in an attempt to slip into a Dubai-based vision. Mumbai, which holds many colonial landmarks, has been undergoing similar government sanctioned changes, leaving behind collateral of mechanised architecture removed from any sense of continuity or history. The jacquard weave does a lot by way of adding a disorienting grain to the image texture. As with pastoral or other pleasing traditional jacquard tapestries that served as common wall decorations in the past, these tapestries too extend their content and purpose into their frames. Large, industrial, rusted and with structural patterns, these frames give the tapestries a grandeur that reflects the municipal plans the tapestries portray. The loss of what was familiar, as well as the loss of familiarity itself, both are reflected in this series, and questions what development means to  a city, a society, a corporation, and in the midst of it all, to an individual navigating through these.

Metropolyptical refers to occurrences in major cities that make its inhabitants think the world is ending. Through her work in this show, Syed manages to not criticise as much as question the pace of development adopted by Lahore as it enters an almost-colonial contract with multinationals, passing its days reliving a Victorian experience through a middle-class in limbo. The disorientation mirrors that felt in any major Indian city today, where the collective psyche of a population is manipulated through governing bodies and corporations in such hurry that it’s difficult to catch a breath.