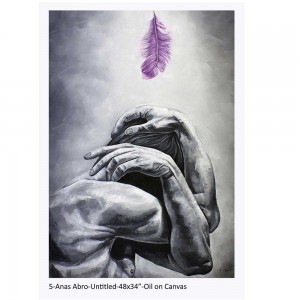 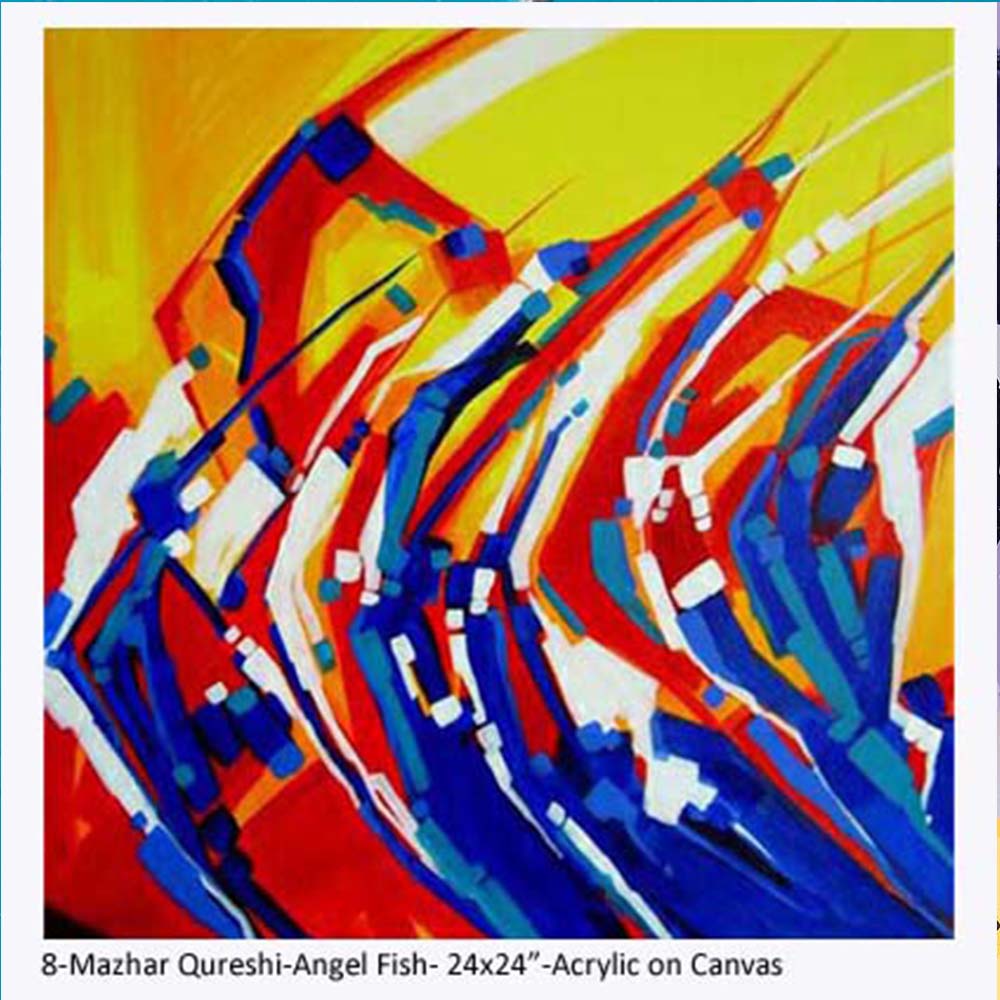 When it comes to art, there are certain works that do not readily reveal all that they have to say at first glance. They require deep thinking and pondering and perhaps multiple visits from various angles and distances, and they still might never be fully fathomable. The works included in Full Circle Gallery’s latest show “Labyrinth” are of a similar nature, showcasing four artists who take inspiration from the world around them and paint with unrestricted fervor. The work is thus unpretentious with an emotional honesty that is refreshing. The works seem to carry mystery within them no different from a maze of thought and ideas.

Anas Abro draws inspiration from the human form, the curves and contours, the softness of the skin accented by the firmness of the muscle beneath, and the expressive gestures and poses it can retain. It is however the soul beneath that he seems to want to reveal, something hidden and inaccessible. Abro believes that most of what we know and what we are is buried in our subconscious mind. Perhaps this is why his figures seem to be bent and cropped in uncomfortable positions, seeming to be constrained much like our inner selves are. In one of the untitled pieces, the body seems to be a collection of limbs no longer resembling a cohesive form, creating a sense of confusion and discomfort.

On the other hand, Mazhar Qureshi’s works take a more abstracted and gestural approach to his subjects. He draws inspiration from nature, yet takes a more sensory approach, following its contours and movements to create a vibrant representation of reality. As a result, the work hardly resembles anything specific, yet one is able to perceive certain shapes within the colors and lines that provide clues as to what one is seeing. Qureshi does not bother himself with details, but gets the gist of the scene across, which evidences perceptual strength that effortlessly interprets visual cues into simplified form.

Ammad Tahir’s artistic practice is focused on the city, but while previously he used literal representations through its architecture and infrastructure, in his latest works included in this exhibit he seeks to capture the essence and character of the urban landscape of Karachi. The intrigue of his works emerges largely from his style, which is a bit illustrative, reminiscent partly of Van Gogh’s squiggles and bold strokes seen in “Creatures of the night”, and partly of 80’s psychedelic poster art, as seen in “Assassin” and “Envy”. This subtly contradicts with his subject matter as his characters seem to be embroiled in the complexities inherent within the city. These contradictions are most evident in the piece “Assassin” where a seemingly violent and morbid topic is being presented against a colorful flowery backdrop, with the character dressed in vibrant eccentricity.

Manisha Jiani looks at the emotional connection one can have with physical spaces, which makes them difficult to understand as a definite entity. Their essence is not absolute, as one might see them differently upon each visit. She brings this idea across by covering architectural spaces and facades in a gossamer veil so that it remains unclear which space it is. This serves to pixelate the image, as well as darkening it to create a sense of mystery and confusion. As a result, certain details in each work emerge and our overall perception of the image shifts as we change our position in relation to the work. While the artist relates this to the changing nature of spaces themselves, it also reveals the fickle nature of our own visual perceptions, which are dependent on unreliable memory and emotions.

Each artist in a way seems to be inspired by nature or physical space, interpreting it in their own unique style, whether literal, conceptual, abstract or metaphorical. All works seem to exist in a world of their own, bringing the artists’ inner feelings onto canvas and providing us with a glimpse into their psyche as we traverse the labyrinth of emotions and perceptions that they have laid out for us.