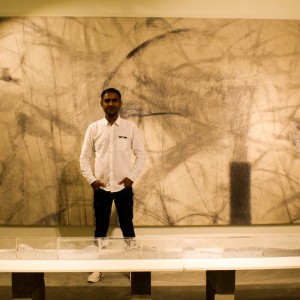 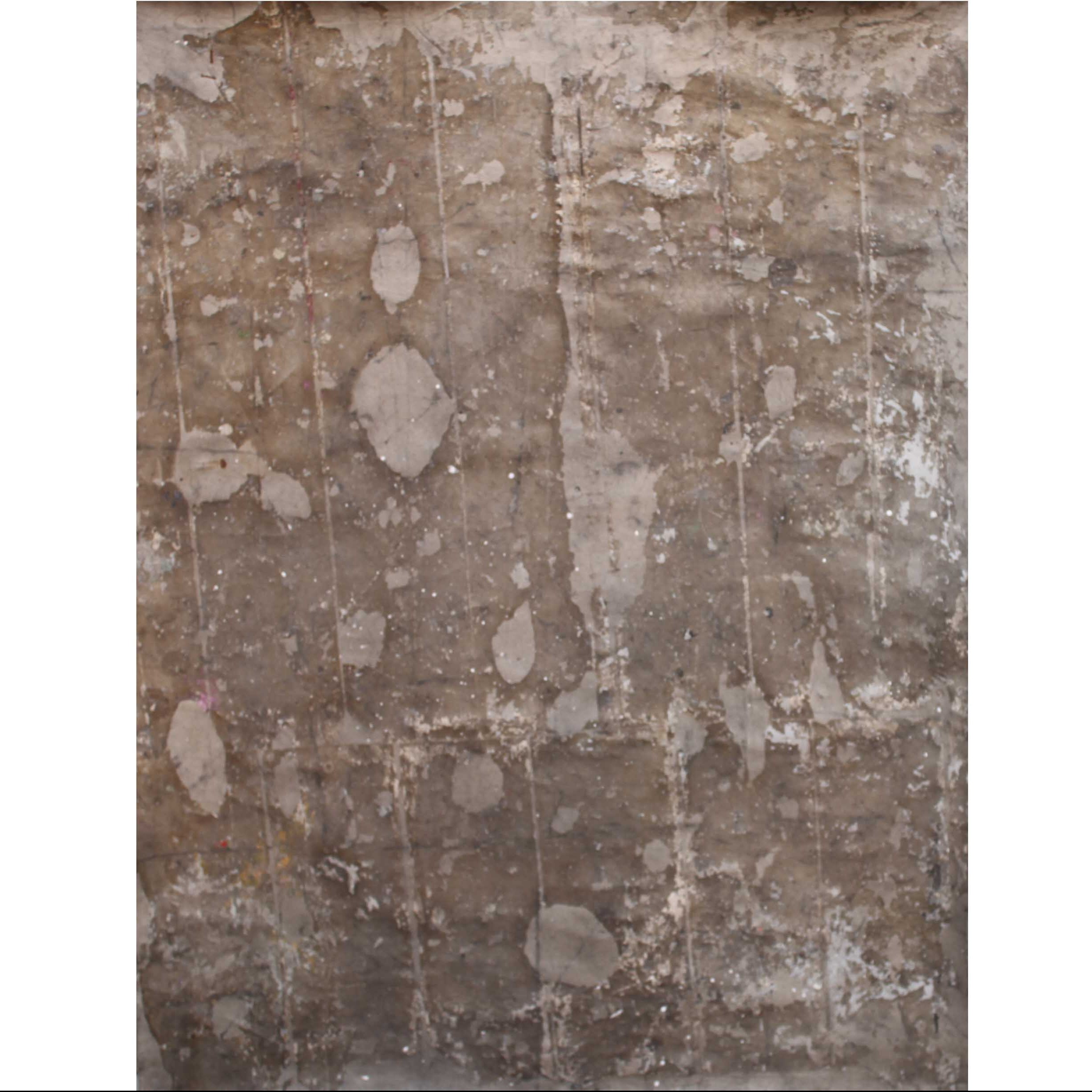 Standing in front of a wall layered with black and grey strokes, one wonders about the space beyond these wall sized canvases that look like gateways into queer worlds; worlds of intangible space and emptiness. When Arif Hussain Khokhar first started developing these canvases a few years ago, he did not even give much thought to what he was going to make, instead what he was going to do. For Khokhar, Art is not a mere visual nor is it defined by its acknowledgement of any social or cultural notion. For him, art is meant to happen. And so his artwork happened over a course of two or so years where he experimented with processes that could allow him to undo a visual.

Creating absence or emptiness in art is like seeking dark matter, the proof of which does not exist. So how does an artist visualize an image that does not have a face or whose appearance amounts to nothing. Khokhar’s quest for art that does away with visual narratives or meanings has been one of rigorous exploration. He has been exploring methods that allow him to control the outcome even less each time he attempts something new in order to lose all command over the visuals, or else the artwork cannot be de-faced. For the artist, it is a meaningful process that allows him to experience an intangible world within himself and explore what he has no means of articulating with conventional expressions, hence the depiction of emptiness. Khokhar observes that the scale of these canvases appears dominating in the gallery space but still seem smaller for the spontaneous processes that he uses for their development. It is also his way of exploring the expanse of emptiness that exists around us.

Working in a systematic sequence of building an image, erasing it and then building it again with the erased residue, Khokhar aims to build a new range of raw material for his work. Constructive Residue, a collective display of thirty canvases showcases the range of construction and de-construction processes employed in the development of the entire body of work. The neutral canvases have layers and layers of exploratory experiences embedded in them. His process is like action painting but one where he acts on the impulse to erase and uncover a new visual that exists between the canvas and the outermost layer of charcoal or pigment. He undo the mark making by erasing it away or by collecting accidental marks and residue on floor like canvases. The collection of residue takes center stage when a stroke or eraser creates an absence of a mark, or when he collects the residual pigmented water after washing the canvas. He employs this process of erasure to take away the focus from the face of an expression leaving only a feeling to be experienced by those who can sense the absence of what was there. Therapeutic and meditative in nature, the ritualistic process is an acknowledgment of a cycle of nature where an end becomes the beginning of an unimaginable new system.

One of the installations displayed in the gallery, Constructive Residue Brick is made out of the rubber residue collected after erasing a 12 ft x 7ft canvas. The primality of collecting residue is artist’s means to preserving evidence of absence and a step towards building nothingness anew from the residue itself. The large canvas stretched on the wall, Constructive Residue 2 displayed behind the installation happens to be the by-product of the process of erasure. Erasing or washing a canvas is a spontaneous process where no stroke of pigment or eraser leaves behind a mark of its own instead a collective space emerges of unidentifiable dimensions and unprecedented depth. However, the visual of the canvas no matter how engaging is not the primary aspect of his art and he aims to develop more interactive and experiential facades for the process that he has undertaken. The series of bricks is only the initiation of a new kind of experimentation within the process that he has arrived at after a few years of trial and error.