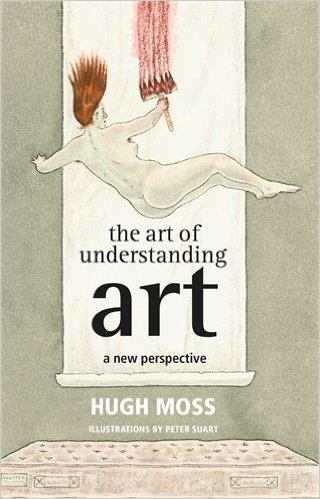 Instead of understanding what copyrights are, let’s look at it from a different perspective:  It comes with no surprise that it is illegal to replicate and sell someone else’s ideas as one’s own.

I’m writing for the reader to unfold this mystery with me. Why is there a need to copy? Is it lack of ideas, lack of thoughts or none/or all of the above? And, most importantly, are artworks really intentionally copied? Only the artists can honestly respond to that, but there’s more to it than just the intention. The gist is that it’s the multitude of images and writings we are swamped with that affect the outcome of the artwork we see today. Words get their meanings from ideas and ideas get their meaning from impressions.

Getting to the root of the word ‘copy’, it is a 14th century word originating from the latin word copia meaning abundance; another word that ‘copy’ is branched out from is ‘copious’ meaning ‘abundant in supply’. The word to note is ‘abundance’, with the flooding profusion of ideas all around us, we can’t deny that with Web 2.0 there’s an overflow of information that seems impossible to resist. We are evolving towards one universal culture. Everything around us, suggest inspirations and an idea can lay the foundation of another great thought. Jean-Luc Godard, French-Swiss film director once said ‘ It’s not where you take things from, it’s where you take them to.’ The physical work of art is the end product of the process, but as the artworks are not product-based and more process-based, the aesthetics raises intriguing possibilities of an idea that is utterly counter intuitive to most observers of the art world. There is no reason why many elements, and much of the meaning of the original work, cannot be reinvented again in the style of another artist. This is not stealing an idea, it’s more figuring out what is liked about it and it is incorporated in ones own way. It is to understand at a deeper level, build on the shoulder of that, and take it a step further for another to carry it on.

There are essentially three separate aspects of a work of art: the medium, the message and market place. The message is the most eminent as it supports the other two (well, most of the times). The message, of course, develops through a process. Vincent Van Gogh said ‘Great things are not done by impulse, but by a series of small things brought together.’ This obviously relates to the process-based works that lead to art that is multi-faceted. It is dendritic or tree-like, each branch with multiple twigs of interpretation. Hugh Moss in his book ‘The Art of Understanding’ Art writes

“The message is more complex. The most obvious aspect of this comes from whatever the artist knowingly included – any representational subject matter together with its overt symbolism, for example. There are more subtle levels of meaning intentionally or reflexively expressed in the less obvious languages of visual art …They are perceived as much emotionally as intellectually, discernible to the initiate although often undefinable. There is also subliminal, inbred cultural meaning that the artist may completely be unaware of.”

Digging in deeper about ideas around us, the outside world is impressed upon us. We are all born blank, and this empty canvas is gradually filled in with colors and thoughts of what we observe and experience. John Locke, in ‘An Essay Concerning Humane Understanding’  describes at birth the mind as a blank state, or ‘tabula rasa’ which is filled later through experience derived from sense perception, that is known as the Theory of Empiricism. It is all about knowledge that comes only or primarily through sensory experiences, nothing really can seep into the mind unless the senses are triggered. So the ‘tabula rasa’ or the blank slate that we are born with is actualized through education and contact in society.

Understanding David Hume’s idea on empiricism, the first are what he calls ‘impressions’ which are our immediate sensations when we are having them; the second are called ‘ideas’ which are the memory’s copy of impressions. He further talks about the Copy Principle, a principle that all simple ideas are copies of impressions, but all complex ideas are composed of simple ideas. He claims that every idea in the mind can only originate by copying some prior impression but, on the contrary, the imagination can create ideas of which we have no experience. He explains further with the example of a red apple: in our memory the impression of an apple is broken into simple components, its color, size, shape, odor, taste, etc. Now if we replace the color red with another color, lets say blue, yet with all its same components then it creates ideas of objects of which our senses have never had an impression. Then the idea of a ‘blue apple’ is that the imagination can create ideas of centaurs and other mythical creatures, but all of the component simple ideas of which these complex ideas are made of must themselves be copied from some previous impression. In my own opinion, works whose source one is skeptical about are the works of a genius. It is the work of a curious mind; you need to look beyond the surface and truly see and understand the esoteric truth that lies beneath it. Here, by swapping ideas, the artist is creating their own impressions that have not been experienced before but can create sensations that have been experienced before in another situation. Now the ‘impressions’ here that paint the tabula rasa may be experienced differently by each individual, depending on their minds’ chemical composition. Sometimes an artist may pick an existing image and, through a transformational process, alter the intent and content of the image to a significant extent. Copyright infringement here is tricky and complicated and laws in some countries do see a fair play of use of images.

Leonardo da Vinci (1452–1519) said, ‘If you find from your own experience that something is a fact and it contradicts what some authority has written down, then you must abandon the authority and base your reasoning on your own findings.’ The end result may (at times) look the same, of something that already has been done or written, but the roots or the origins of thoughts can be poles apart. The artist may think that their idea is original but will always find similar outcomes. The disparity of context of the same image can be an interesting study, resulting in a similar idea but through a different process. So far we conclude that others’ ideas can stimulate our thought process and the experiences around us leave an impression on our minds, sparking thoughts or feelings that are translated into an image, perhaps resulting in similar artworks.

The impressions of the complex, global society press on each receiver differently. Subtle duplicity in modern artworks now appears much more commonly because of the effects of mass media. Now we see multiple use of the same (sometimes stale or exciting) subject in artworks, but the artist can only cast a spell of his self-identity on the viewer if he accurately picks on the available idea, that is his ‘point of art’.

Moving forward, a few more words that come into play here are imitation, replica, appropriate and duplicate. They all boil down to the same and then a word, that I feel is above the all and often echoed in the artist statement, is ‘inspiration’: a source from where the conversation begins. Each artist takes a different trajectory and uses the inspiration in their language. The original concept is abstracted and specific features ignored. On the other hand, “imitation is the sincerest form of flattery”, but if it begins to detract the artists from their bottom line, then defending their interests becomes necessary at some point. In this age, copying is inevitable but it’s only the genius with a curious mind that alters the impressions of the images around them. The abstraction of the simple ideas is just what the artists need to do right, artists just need to copy it right!