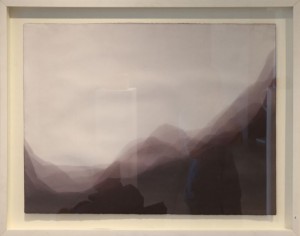 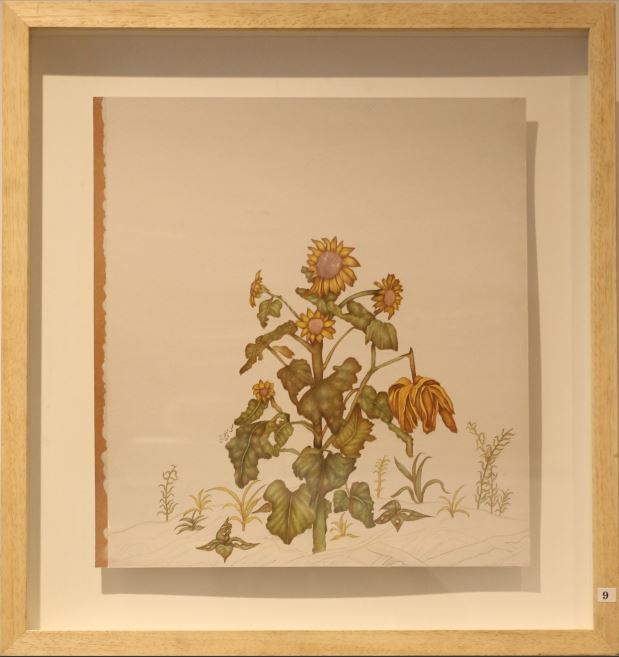 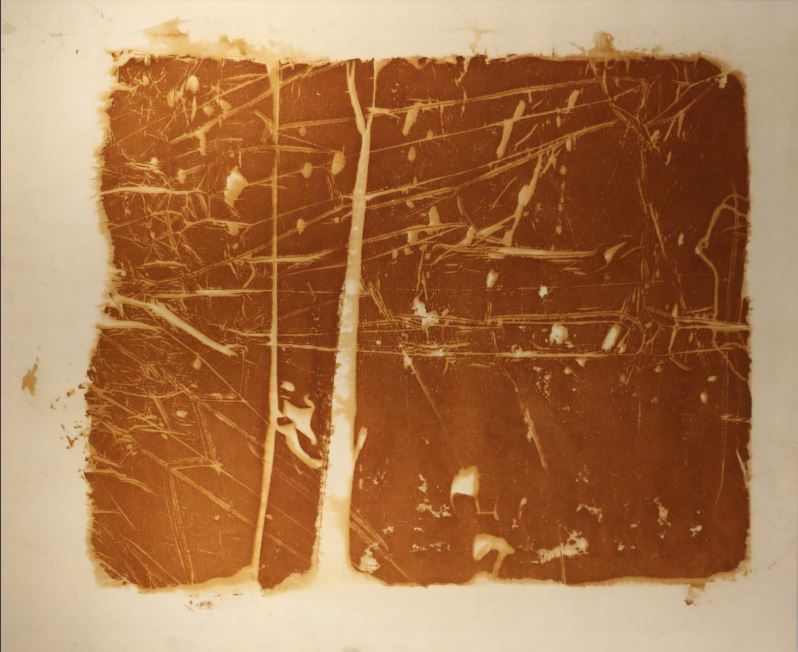 Henry Beecher once said, “Every artist dips his brush in his own soul, and paints his own nature into his pictures.” But what happens when the artist finds himself in nature; when his soul and his surroundings become one? The results were displayed earlier this April at the Clifton Art gallery, Karachi where a group show of four emerging artists from the prestigious National College of Art, Lahore were exhibited.

Haseeb Ullah Zafar is an artist interested in the immateriality of materials. In other words, his work questions the purpose of manmade objects, our need for them and therefore, our response to the piece when it no longer holds it original function.  Bricks are ordinarily seen as building blocks; even when spoken of metaphorically, these rectangular objects are related to constructions of some kind. Zafar however, responds to them quite differently. By letting his imagination take over, he strays away from the typical boxed-up mindset and dysfunctionalises the terracotta brick to create unlikely sculptures. His work included terracotta Lego pieces, which are typically plastic toy building blocks, used by children. It also included spherical shapes made from the brick, even though, the building material is usually seen as and used for rectangular figures.

Following a similar warm colour tone, Masood Ahmed Subhani’s two-dimensional work enticed the audience because of its unique medium. A graduate in painting, Subhani’s work has involved a wide array of mediums but in this most recent exhibition he chose to use the distinctive medium of rust. A coat of rust on an iron or steel object, like a car, is often seen, as a negative as the aesthetic and quality of the object looks tarnished and corroded. The artist, however, has taken this displeasing coating of iron oxide and made it the centre of attention. No longer on metal, Subhani creates expressionist forms by allowing the rust to form on the canvas. The surface, covered with layers of the brownish-red substance, is full of energy. The bold movements of the rust as well as the random, organic strokes of the negative shapes all seem to be influenced by the abstract expressionist movement, where artists were expressive and used profound emotion to produce work. Rather than focusing on a specific visual, this work concentrates on the vitality of the medium and the artist.

Sara Bokhari was also among the artist exhibiting. Bokhari’s work deals with ever-changing landscapes, using nature as the visual focus. Allowing dye and water to interdigitate within each other, she produces abstract forms on paper that seem to resemble natural sceneries such as mountain terrain. Her colour palette is monochromatic allowing the viewer to focus solely on the meditative movements of the layered washes without the distraction of hue or detail. Similar to the use of rust, Bokhari’s work cleverly uses the idea of staining, which can be seen as ordinarily unpleasant and made it the star of her paintings. Though solid immortal forms inspire her imagery, her execution displays their ephemeral nature and the constant evolution of our surroundings making one realize that nothing is really permanent.

Manzoor Hussain was the fourth artist to take part in this group show. Following the theme of nature, Hussain displayed four miniature works of various kinds of flowers painted on wasli. Flowers are beautiful; it is something that can be universally agreed on. They come in a degree of colours and species and are used greatly to improve the aesthetic of any place. Their beauty is also functional; attracting bees using their bright colours ensure cross-pollination and a continuation of their species. However, their life is temporary and after reaching their peak the plant withers and dies, no longer beautiful and no longer useful. It is but the simple cycle of life but Hussain sees it differently. Using the visual of the withering flower, the artist comments on the unjust deaths and victimization due to the uncalled violence of terrorism. Just as the flower, once dead, can not re-bloom, so also are the victims who suffer from the injustice. These paintings not only represent those killed by terrorism but the families of the dead as well. The works become portraits, surrounded by plain backgrounds giving off an air of sadness as the flowers bow in defeat and hopelessness.

As the landscape of our country is fast evolving, natural beauty is thrust out to make way for the concrete jungle. These artists, however, are looking back to the root and discovering and rediscovering themselves and the world through the nature that once conquered. They remind us to look beyond the cityscape to the raw naturalness of our planet.