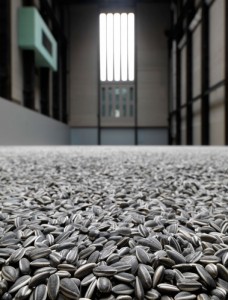 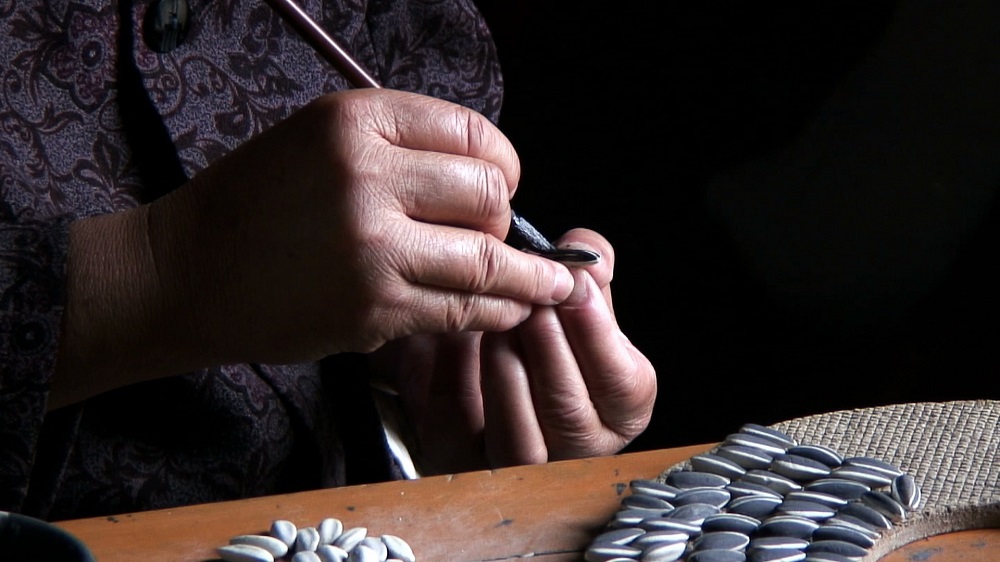 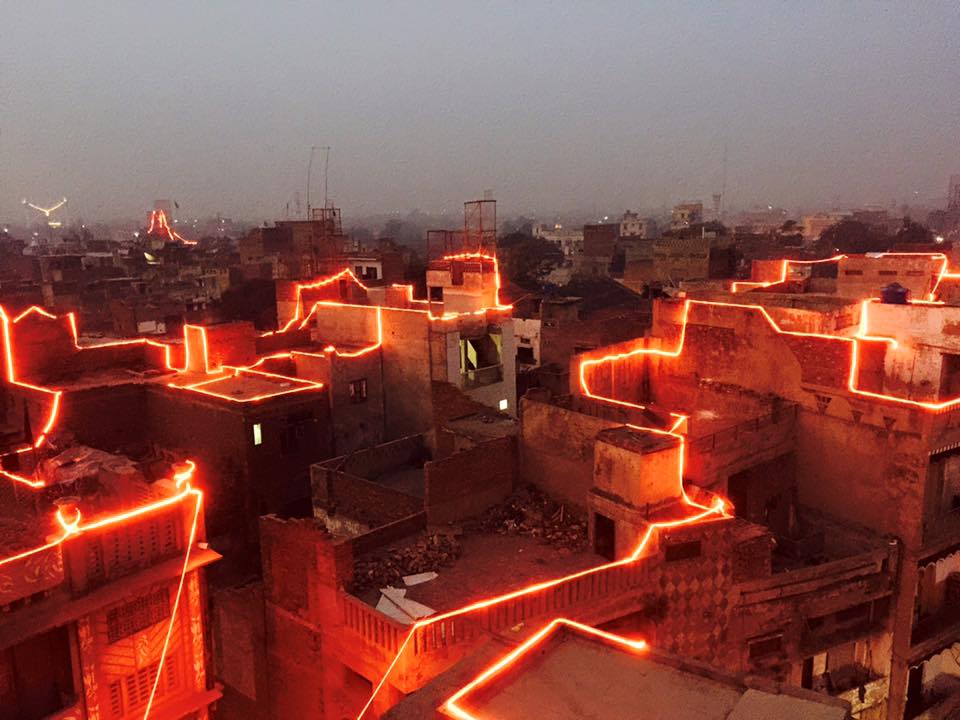 In the most simplistic terms, according to Tate Modern’s online glossary, activist art ‘is a term used to describe art that is grounded in the act of ‘doing; and addresses political or social issues.’ Activist art, art and activism or a nascent term, artivism serve a certain purpose and narrative in the society, it is art with a purpose: a commentary and the ability to change a social and/or political situation. Art thus becomes a force that through its multi-faceted measures tries to coax reform for a better society or at least evoke consciousness amongst the people.

Art and activism has been a topic of discussion especially after modernism, owing to the political and social changes that took place in the last couple of decades.  Critics, writers and artists, have indulged themselves in trying to instigate a nuanced definition of activist art or art and activism. For example in a catalog essay for a 1984 exhibition entitled Art & Ideology, Lucy R. Lippard, interpreted activist art as a practice which amalgamates “…some element of the art takes place in the “outside world,” including some teaching and media practice as well as community and labor organizing, public political work, and organizing within artist’s community.” This statement is crucial, as it attempts to explain holistically the function of activist art or the relationship between art and activism. Its relationship is based on a certain premise: art is not only confined to the gallery spaces or dependent on the institutional museums, it views public space as a site of activism and motivates local people to participate in the process of activism.

However, if for a moment we alienate politics from activism and analyze how in the history of arts, this new genre has  “activated” people, we can infer that activism and arts have, quite often crossed paths and worked in tandem with each other. For example, in a modernist painting, the flat surface of the painting, the ‘anti-representative revolution’ itself was an activist act as there was a shift in the change in how ‘images’ function. The discourse of painting also shifted when the categories of typography, posters and decorative arts intermingled with the fine arts. Jacques Ranciere in the Politics of Aesthetics affirms this alleges that the flatness of the medium of a modernist painting was revolutionary, activist. In the 1960s art took another tacit turn. Conceptual art became a revered and activist medium where the philosophy of the artist mattered. The idea superseded the work of art.

Contemporary artists around the globe are overtly involved in the act of activism. A notable artist that conjures activism in his artistic practices is a Chinese artist Ai. In the 1970s and 1980s, Ai WeiWei was considered an enthusiastic avant-garde protagonist by the art world. He has been often involved in controversial exhibitions and projects that critique the political flaws of his State; his defiant attitude eventually led to his house arrest in China where his passport was confiscated by the State.

Ai Weiwei Wei, while remaining within the realm of the gallery space creates work that falls into activist art. His seminal installation at Tate Modern Turbine hall in 2010 was Sunflower Seeds where the artist with the help of 1,600 artisans in Jingdezhen, China manufactured ceramic husks out of the kaolin from local mountains. There were around 100 million sunflower seeds weighing 150 tons in weight. This project was completed in a span of two and a half years and travelled around 9 countries. Every seed in the installation narrated its story. If one explores the meaning of the installation and the narrative behind Ai WeiWei’s work, it connotes various meanings. Sunflower seeds were a common snack in China at the time of the artist’s childhood, furthermore these seeds lament the hardship and hunger at the time of the Cultural Revolution; Chairman Mao was worshipped as the ‘sun’.

Art and politics and therefore activism are intrinsically linked in these turbulent, fast moving time. Recent scholarship has been dedicated in the realms of arts in relation to the external factors, activism and politics, all-inclusive.  My current read is a book by Sarah Thornton, 33 Artists In 3 Acts. To write the accounts of the artists for the book, the art critic travels around the globe where she interviews famous contemporary artists like Jeff Koons, Zeng Fanzhi, Kutluğ Ataman and Martha Rosler to name a few; she has dedicated her works into three acts, one of major acts of her book is dedicated to politics. The author reviews how artists are creatively involved, in one way or another in the act of activism against gender in the case of Martha Rosler in her self-subject photographs, against identity and the country as Kutluğ Ataman examines through his films and documents etc.

Information circulates sometimes controversially in every direction through media about a variety of issues. This has instigated artists to become more alert, sensitive and responsive to not just their immediate surroundings but to common world issues such as HIV AIDS, labor rights, global warming and recently the ongoing refugee crisis. The artists, Ai WeiWei and Anish Kapoor last year took an important yet arguable initiative by peacefully protesting against the refugee issue in U.K. metropolis, London. They walked 8 miles in solidarity where people from all walks of life joined them. In this situation, the artists have abandoned the convention space of the gallery and as Lippard stated earlier, connected with the ‘outside world, this engagement with the public spaces such as streets that is open to spectacle accentuates the artists’ activist purpose.

This project invited criticism from some quarters, however, in general, art and activism poses certain fundamental questions as well.  When one of the media correspondents interviewed Ai Weiwei about people commenting and criticizing that their act has nothing to do with art but it has to do with politics, he replied ‘If anything, art is about aesthetics, about morals, about our belief in humanity. Without that, there simply is no art.’ This statement encompasses the gist of the purpose of  art that is entrenched both in the history of arts and contemporary arts in particular.

However, certain premises have to tease out the argument about art and activism; about the belief that art should not be linked with activism. Since the usage of these words together have come in spotlight after the 1900s, one needs to track the changes of how art has taken shape or has instigated artists to work on activism as a part of their artistic practice. Furthermore it should also be analyzed as to how this has generated a certain kind of unrest and debate amongst the traditional artists and traditional activists against art and activism.

Walter Benjamin and Guy Debord based their argument against art and activism on the foundation of ‘aestheticization’ and ‘spectacularity’. In their writings, both of them, to an extent, claim that there is a problem with the aestheticization and spectacularization of politics or any political protest for that matter. It is a problem because the purpose of protest and activism is then inclined towards aesthetics instead of practical goals of the political protest. Therefore the diversion has its shortcomings and therefore it turns the action of protest into a spectacle relegating the political purpose to a secondary position.

However, artists do not separate aesthetics from politics, protest or activism but consider it as a part of artistic practices. There are two directions of art and activism, first the purpose or direction of activist art; on a basic level an activist art tends to make a commentary on the social and political level of a certain society, however on another level it aims to actively bring a change in the social conditions by the medium of arts. A wide number of organizations and art groups are trying to bring a social change as they realize the fracture and flaws in the social system, they toil similar to NGOs or other social groups working for change.

Out of the plethora of examples of such activist artists’ group The Guerilla Girls are most distinctive.  They were a group comprising of seven artists that came into existence in 1985 in retaliation to Museum of Modern Art’s exhibition “An international Survey of Recent Painting and Sculpture, which they thought was gendered bias. The title of their group was an oxymoron as it disguised the face of the anonymous women in a face of a Guerilla, a symbol of fear and power. The Guerilla girls were therefore commenting both on the social condition of gendered bias whilst trying to mobilize the locals to change the pre-existing notion of a patriarchal society. One of the tools used by the Guerilla Girls was the extensive usage of posters; these were designed by juxtaposing images of women and text. Furthermore they came out on the street with a designed poster for protests.  Therefore activism or any kind of protest: posters become an effective tool because of their instantaneous response and circulation in public spaces. They develop a direct contact with the ‘outside world’.

When it comes to social and political conditions of Pakistan, there is a wide gap between the government and the public. The political situation of Pakistan has always been in a flux since partition, various artists became uncompromising activists. Notable artists like Salima Hashmi, Lala Rukh and Nazish Attaullah boldly encountered and stood up for various social problems during Zia- Ul- Haq’s dark ages. Anwar Saeed’s solo show at Rohtas gallery raided by ISI for having explicit material threatening the State’s authority in the past also signifies the role of Pakistani artists as activists at the time of extreme surveillance and censorship.

Pakistani artists have starkly attempted to become involved in activism or artivism. The term artivism refers to a ‘hybrid neologism that signifies work created by individuals who see organic relationship between art and activism’. One such recent organization is called Awami Art Collective – public space. One of its recent projects was called “Black Spring”, a site-specific project in the Walled City of Lahore.  The project consisted of an installation of a web of lights on multiple rooftops of the houses in the proximity of Taxali gate; the installation was done to reminisce about the cultural event of basant (kite-flying). Basant connotes the coming of spring and since the event does not take place anymore, the project was therefore ironically titled “Black Spring”.

Awami Art collective becomes an activist group as it engages the local residents of Walled Lahore in their project, it also critiques the urban development projects supported by the government that have adversely affected Old Lahore and the inherent character of the historical city. This group believes that the urban development projects do not consider the significance of the city which is a ‘living organism with its own ethos, culture, traditions and heritage, and thus disregard the importance of footpaths, trees, street vendors and the cultural microcosm of neighborhoods’.

The statement ‘art for arts sake’ does not apply in today’s world; art has an underlying purpose, a philosophical narrative. However the question arises that what is the purpose of arts then: is it aesthetics, is it a reflection of the surroundings? . Despite certain shifts in the definition and the purpose of arts, artists all over the globe are working diligently creating their narratives either overtly or covertly. Activist artists have pushed the threshold of arts and used their practices for a purpose that is more humane, reflective and in hope of a better world – one step at a time.