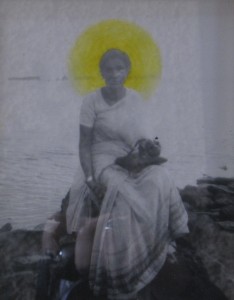 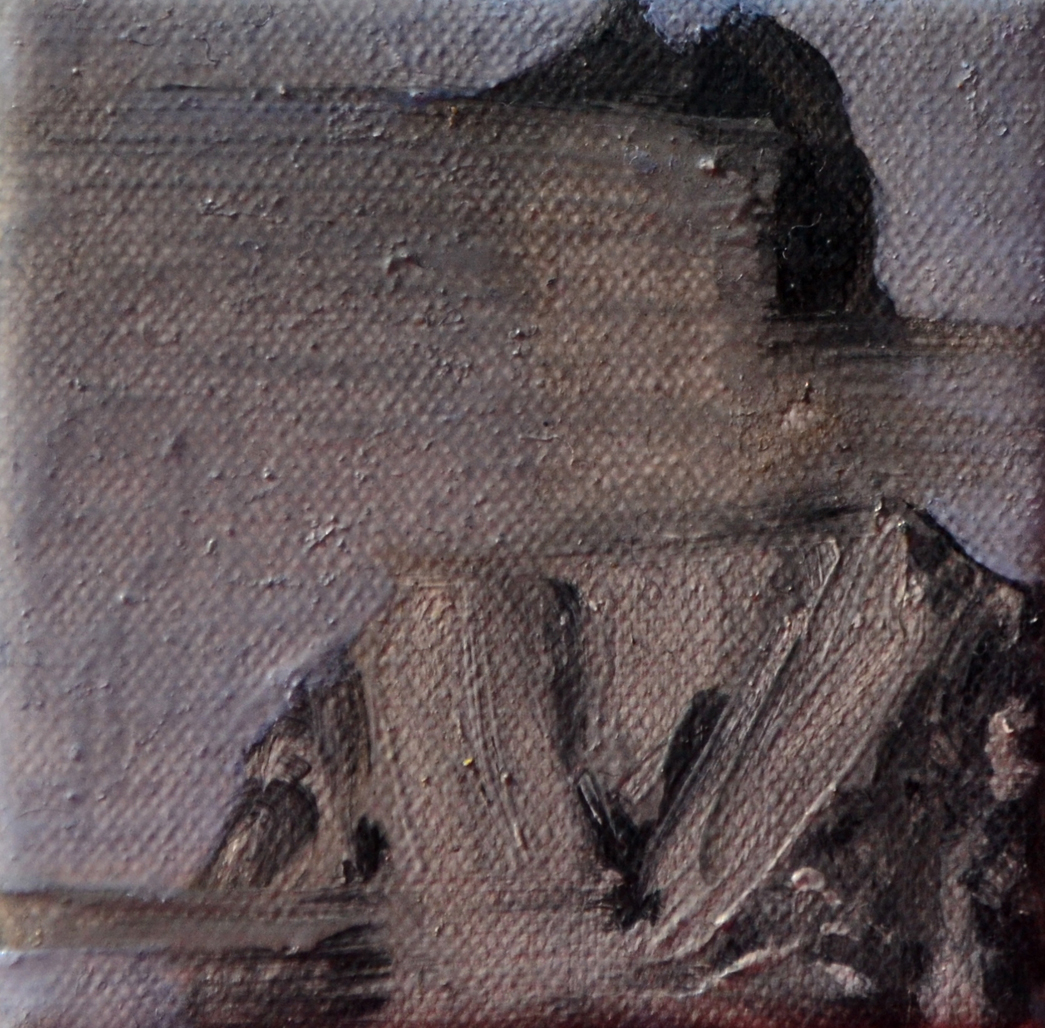 Stepping into Color Gallery brought around a wave of nostalgia and an edge of placation over me. My mind kept reiterating that I’ve been here before, that somehow I know this place. The alleged culprit behind this creeping feeling is the homely feel and the look of the gallery space, used proficiently by the artists, from the walls to the furnishing: framed clusters of photographs and paintings hang on the walls, rest on an old teak wood table and are placed on a warm fireplace mantle.

Art has the capacity to transform a foreign room into a universal time-capsule which any can be related to by any human being. Like our places of living, who doesn’t own photographs? Each one of us has memories etched with the aid of a camera, capturing moments that remain with us, framed and put up as constant reminders of the moments in our lives that constitute our beings. Pictures framed and placed in our homes that are reminiscent of happy times. It seems that the artists manage to bring their idea of home to the gallery, to share with all; thus all of us become viewers of everything else, even if some of us are makers of images.

The viewers at Color Gallery huddled together in groups and talked about the everyday in the beautifully composed tribute. The scene was almost ordinary; a statement that the two contemporary artists were able to successfully haul out into the space that was alien to them. There was a comfortable aura that enveloped the audience, an impression of knowing the surroundings. We all are familiar with hanging photographs crowning the house reminding us constantly of what used to be and what is.

The title “About Her” acknowledges and brings to attention Naira Mushtaq and Amra Fatima Khan’s mothers. Both artists play with the idea of memory, specifically orbiting around a mother and the importance of how it resonates with another word, namely ‘home’. Therefore the show does not simply just focus on the art pieces separately but rather how it adds up to the contiguous idea of bringing home to the viewers.

Mushtaq, a recent graduate from the National College of Arts, quoted Roland Barthes in her statement and commented on how deeply she was affected by the agonizing ache of losing her own mother. Her artwork, which comprised of prints of her photographs, was placed in a cluster on the wall with the faces blurred. The purposefully washed away features of the people resonates her feeling of losing someone dear and loved. She also placed her mother’s armchair in the gallery space along with a wooden box of her memorabilia resting on it; her watch depicting the effect of time, her hairbrush used for daily grooming left behind and a letter that Mushtaq had written in Urdu directed towards the shadow that remained in her mind.

On the other hand Khan, also a graduate from the National College of Arts, shared the sentiments of having and the desire to make more memories with her mother. The eye travelled around the array of old photographs that constituted her mother’s past and the present: “where she came from, what she became and what she created”. These are framed and neatly placed in a group on the wall right above and on the fireplace. She also played with the medium and painted out the memories which too are framed and placed on top of an old table.

Both the artists reach out to the general audience by breaching on a subject that majority of us understand and feel deeply. They tried to reincarnate, polish and to make more memories in an ode to mothers in a form best known to them.

Faryal Ahsan is a writer and visual artist trained at the National College of Arts, Lahore