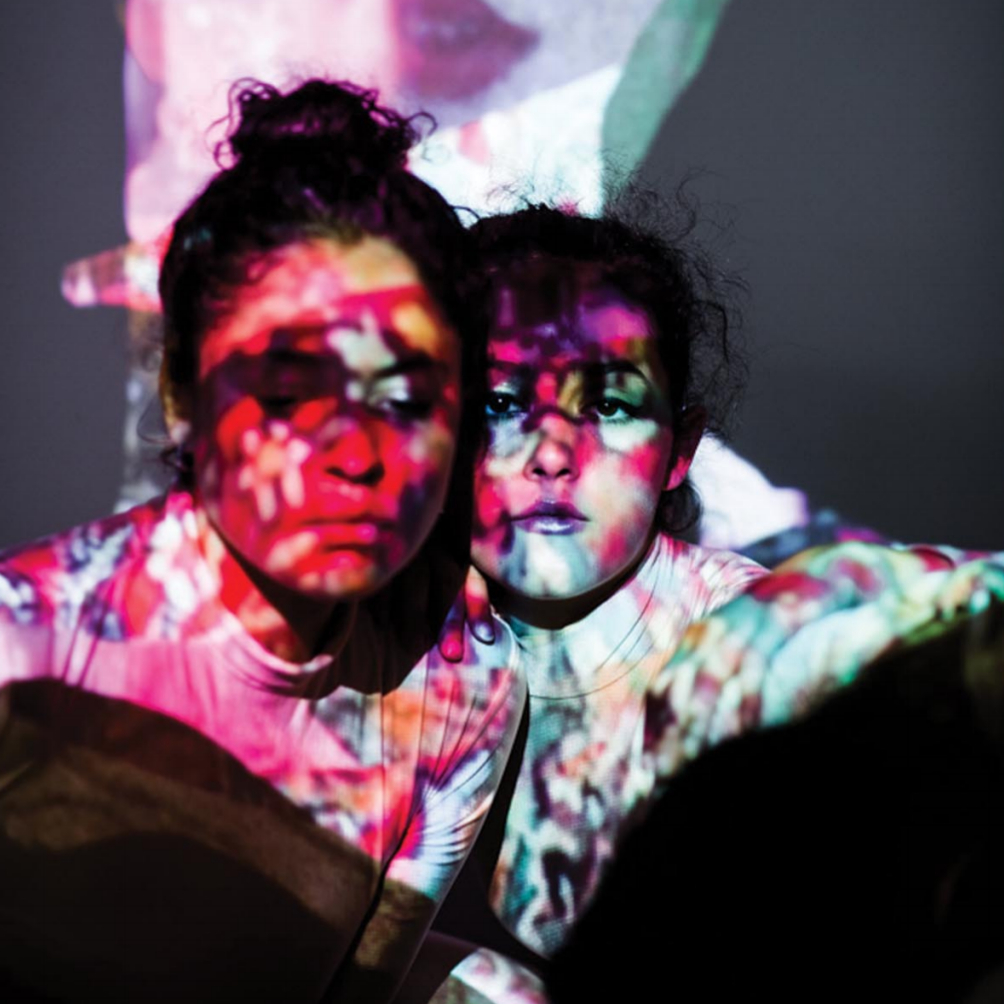 Having grown up witnessing subtleties of gendered violence and dealing with prohibitions of the female sex in certain facets of society, Pakistani-American artist Qinza Najm explores political subjectivities of the female body in a cultural and feminist context. The artist’s first solo show in Pakistan titled ‘And All Around Her There Was a Frightening Silence’ opened at Chawkandi Gallery in Karachi on 15th November, 2018.

The iconography of the female body, veil and rug take on a vital role in depicting Najm’s relationship with being a woman in a semi-religious environment, as well as a primarily male-dominated culture. Unspoken laws that are put on women, e.g. staying indoors, covering up the body, letting men make the decisions, following orders with obedience; these are the problematic notions that usually remain unchallenged, being precisely why the artist chooses to point them out.

Najm uses the context of historically problematic art works that depict a female figure in an objectified manner, specifically by an artist who was male. She manipulates imagery from iconic art works throughout history, like Botticelli’s Venus and Ingres’ Odalisque. Even though both paintings were originally made centuries apart from each other, the convention of using a female figure as the subject and then presenting her in a subdued and submissive manner for a male observer seems to have continued in spite of the gaps in time. Similarly, Najm points out that even though the passage of time has seen these problematic tropes, they still continue to exist in the contemporary art discourse.

She draws out the silhouette of an almost genderless figure with no obvious identifier of its sex, but the viewer still associates the timid and subservient posture of the figure to be representative of a woman because of the internalized notion that a woman’s femininity must be depicted as fragile and vulnerable. Najm uses specific portions from the iconic Venus, who is instantly recognizable through just her tilted chin and gently resting hand. Similarly, Picasso’s cubist-styled women and Vermeer’s girl with the pearl earring are also identified straightaway through just the mouth and chin portion of their face. The thing to be noticed first of all is the fact that Najm erases out each female figure’s eyes and stretches them into vertical lines as though they had been smudged digitally. Stripped of the ability of sight, the figures are left only to be observed and gazed upon, with ownership of their own bodies left at the hands of spectators.

Also a performance artist, Najm showcases videos of performances dealing specifically with the human figure, while also subtly hinting at problems of Islamophobia. Originally showcased at Queens Museum, NYC, the performance titled ‘Tabdeeli’ includes a group of dancers in sheer body suits exploring movement, disfiguration and transformation amidst an ambiance of video projections and audio of one of Trump’s speeches interspersed with music.

A metal print piece titled ‘Veil of Bullets’ depicts a woman digitally superimposed on top of an oriental rug, wearing quite literally, a veil of bullets. The ‘veil’ here is in fact similar to a fishing net, with bullets lined across the woman’s head and face. The net here is possibly symbolic to a fish being caught in a net, helpless and enslaved, while the bullets represent the notion of a woman taking on whatever burden she is put under and literally ‘taking the bullet’ for, as curator Brooke Lynn McGowan states: “a sin which was not her own”[1].

McGowan speaks about Najm’s experience as a female Pakistani-American diaspora: “The monstrous feminine is confined neither to East nor West, but crosses all borders of female experience.”[2] Having lived in Pakistan and the U.S. both, Najm uses primarily Western and European art imagery, infusing it with elements of her cultural heritage through the iconography of oriental tapestries and rugs, tying together her experience of being a woman in both countries. Intricately patterned and ornamental; rugs, carpets and tapestries are a common item in most Pakistani households. Najm’s implementation of designs and patterns in portions of her paintings, as well as the use of carpet as a surface material turns the overall purpose of the ornamental carpet as symbolic of the experience of being a woman in Pakistan. The symbolism becomes threefold. The first being how a woman and a rug are both objects made to serve the purpose of decoration and ornamentation. The rug, being found specifically in an indoor setting of a household, also becomes symbolic of the misogynistic concept of a woman’s purpose being tied to the household and staying indoors in general. Furthermore, the idiom of ‘sweep it in under the rug’ takes on a strong notion here; acting as a metaphor for how a woman’s personal thoughts, ambitions, and the basic right of choice are overlooked and disregarded.

Using symbols that hold a personal connection to her, Najm’s work deeply resonates with the desire of wanting to take ownership of one’s physicality and inhabited space in an intensely controlling environment. In doing so, Najm ties undertones of the feminist and cultural discourse in both East and West together in a manner that transcends her experience as a Pakistani-American woman into a universal one.

[1] Brooke Lynn McGowan (curator). Published in show catalogue by Chawkandi Gallery, Karachi, Pakistan [‘And All Around Her There Was a Frightening Silence’ opened at Chawkandi Gallery: 15th November, 2018].