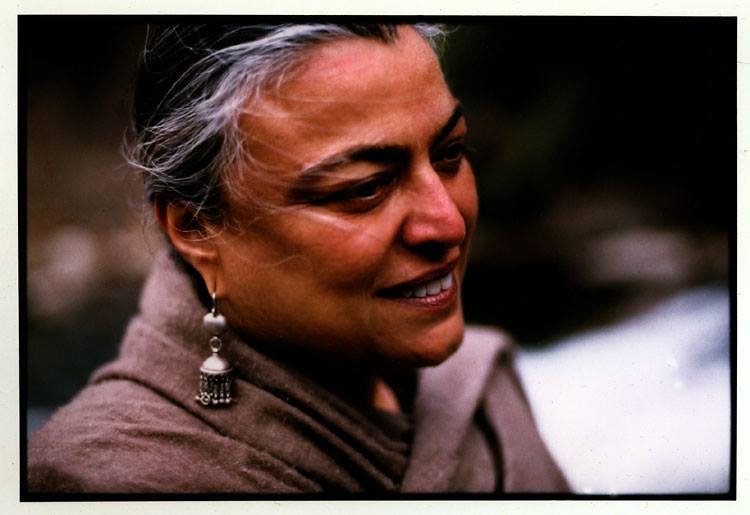 Narrator of tales in clay  During the first year of our art school education, students were introduced to the art galleries that existed in the ci

The Return of the Diaspora: Some Scattered Remarks
After a Revolution:  Authenticity and Art in Pakistan
Territorial Re-Arrangements: Attabad Lake, a Potential Border

Narrator of tales in clay

During the first year of our art school education, students were introduced to the art galleries that existed in the city then, one of them being Chawkandi, where Sheherezade Alam was showing her work. The gallery was a bit dark with spot lights focusing on the artefacts, pronouncing the forms and surfaces. That was the first time I came across studio ceramics, a collection of carefully formed, meticulously glazed, delicately balanced, and aesthetically tactile vessels. After the viewing, all of us sat down on the floor as the artist briefly spoke about her love for dance, her daughter’s training in kathak, and the creation of her vessels on the potter’s wheel as the clay danced in her hands. At that time I did not know where my trajectory in art making was headed but I remember that a few months later, for a drawing assignment at the school, I designed a studio space for Sheherezade Alam. It was a roof-less working space covered by a large tree; it could be converted to an open air exhibition space when needed. Despite the richness that Sheherezade’s work exudes, the space was quite simple, and it was very different from the gallery space we had visited earlier. Due to a number of other influences, and my curiosity for the unknown, I eventually opted to study ceramics for my undergraduate degree. Every time I met her after the first introduction, Sheherezade spoke of the natural elements – air, water, earth, fire, and ether – conspiring together to produce ceramics. She spoke passionately about the medium and shared stories, influences, and spirituality associated with her work.

In January 1999, while recovering from a surgery in Lahore, I picked up an old newspaper and read that Sheherezade’s husband, the renowned artist Zahoor ul Akhlaque, and her daughter, the dancer, Jahanara Akhlaque, were murdered, just a short distance from where I lived. In this phase of my life, I had lost touch with the art world, and reading the news a few days after the incident had occurred, further disoriented me. It was not until 2006 that I met Sheherezade again, when she returned to Pakistan after spending some years in Canada. At the Karachi Arts Council, she shared an excerpt of the film created by her daughter, Nurjahan Akhlaque, based on what had happened in Lahore all those years ago, along with a presentation of works and projects that she had produced and exhibited in Canada. It was a performative keynote address for the conference associated with the ASNA Ceramic Triennial. As always, she was draped in her signature flowing kurta, traditional textiles in hues of red, saffron, and green, tribal jewellery, and leather khussa, her long hair was tied in a tight plait, and her aura exuded life, colour, and vivaciousness. Her performative talk took the audience through the journey of loss, healing, and returning. Towards the end, she showered rose petals on all of us; she was enthusiastically celebrating life.

During the tea break Sheherezade and I met and immediately connected. She suggested that she could do a longer version of her talk at the Indus Valley School of Art and Architecture, where  I had taken charge of the Department of Ceramics, about a year ago. Sheherezade was quite excited to see how the department had evolved, especially the wood kiln made with the help of artist Kristine Michel from India. We spoke about the possibility of a residency at the school, and discussed ways to go ahead with it multiple times over the next year. The residency materialised in 2008, as I myself was away for an artist residency in South Africa.

Both of us always bonded because of our mutual love of creating ceramics and also the problems we encountered. She, like others in this country, had to face all the troubles of running a ceramic studio, which can be encapsulated by one word: lack – lack of gas, electricity, materials, and equipment, lack of understanding, expertise and support, and lack of artists, ceramists, or studio potters to have an informed conversation with. We met again in December 2012, at the ASNA Ceramics Triennial, and for the first time Sheherezade spoke about how difficult it had become for her to access basic materials and functioning kilns as an independent studio potter. At the last minute, she faced issues of operating her kiln due to gas shortage and had to make do with what she could produce and dispatched her work for participation in the triennial. She had also curated an exhibition of her students’ work at the Chawkandi Gallery, concurrent with the triennial.

The lack of a community of ceramics and support for the makers in this country is often available elsewhere. To engage with likeminded practitioners, Sheherezade joined the International Academy of Ceramics and participated in their conferences. She undertook a residency at The Pottery Workshop in Jingdezhen, China, one of the oldest yet functioning centres of ceramic making in the world, and exhibited her work at the Koel Gallery in 2014. Moving away from her signature rich deep coloured surfaces, she had worked exclusively with porcelain, glazing with celadons and reduced copper reds. She had incorporated found objects in her work, and also worked collaboratively on some pieces, resulting in the emergence of some new forms along with her signature vessels, all dancing gracefully and gleefully. She was excited to converse about her recent experiences and the logistics of creating, transporting, and sharing a body of work with others. On that occasion, I wrote a review of her work.

Ceramics is one of those mediums of art making that are highly process oriented, where action and engagement with materials is a way of research. It requires a well-functioning infrastructure if one wants to keep advancing the understanding of materials and processes. In present times, when artists use mediums to serve an end and do not engage with the material in a way that is experimental or do not delve deeper in to the history, processes, and complexities associated with the medium, they do a great disservice to those who have spent years learning, refining, and advancing the knowledges. Artists are heard boasting about contemporary art productions, that rely on exploitative methods, where a maker’s work is relegated to a service acquired through monetary exchange without any recognition or acknowledgement of the maker. That remains the dilemma of a number of ceramicists as well who feel that their work is put down due to the hierarchical distinctions of contemporary art. I try to envision a world devoid of experts, who learn their craft from the work of others before them, and refine it over years and decades – what would such a place look like, what will happen to those knowledges, and will we responsible for our own cultural erasure? Our rich material culture history, dating back to the earliest civilisation and its continuation to the present times, became one of Sheherezade’s main concerns. She conceived and mentored a project, Rediscovering Harappa: Through the Five Elements, curated by Dr. Tehnyat Majeed and exhibited at the Lahore Museum. A smaller iteration of the exhibition also travelled to Gandhara Art Space in Karachi. This was an extensive research project and highlighted our clay traditions.

Sometime after 2012 meeting, when we connected over social media, I saw what Sheherezade had been telling me about, she had set up an open space, a courtyard next to a garden, where she taught children and sometimes adults. This space reminded me of my design of her studio cum exhibition space from twenty years ago. It was named after her late daughter, Jahan e Jahanara (the world of Jahanara), and served as an exhibition space where pottery displays – vessels that she had made, as well as those made by her students and traditional potters – were organised. It was a happy place, where many found inspiration and a love for clay and pottery. She was always hopeful, and on her return from Canada she had a clear agenda: she wanted to teach children about our historical traditions in ceramics, nurture the love of clay, mitti, the mother earth, and create a space for dipping hands in and creating with it. She inculcated love for traditions, knowledges, and people who carried them forward – she invited potters to her sessions and taught children to recognise them and respect them as ustad. She spread the message in different ways and organised numerous workshops and participated in several festivals. There were no instant rewards but Sheherezade knew that she needed to take this route to avoid erasure. In my growing up years, I had not imagined that I will study ceramics, let alone study at an art school. In 1990, visual art did not figure anywhere for a majority of my contemporaries in Karachi. My enrolment in an art school was not premeditated and persistence for four years was the result of loving something I had found by chance. Sheherezade knew the importance of nurturing young minds, through Jahan e Jahanara she offered those chance encounters that can potentially change the trajectory of what one does with their time on earth.

In the last five years or so, our paths did not cross again in a way that we could have meaningful discussions on our mutually favourite subject. I knew she was unwell but her passion and commitment had not diminished as she worked on projects close to her heart. Sheherezade Alam, the studio potter, a mentor and a comrade, a lone crusader and promoter of ceramic traditions, passed away on May 18, 2022.