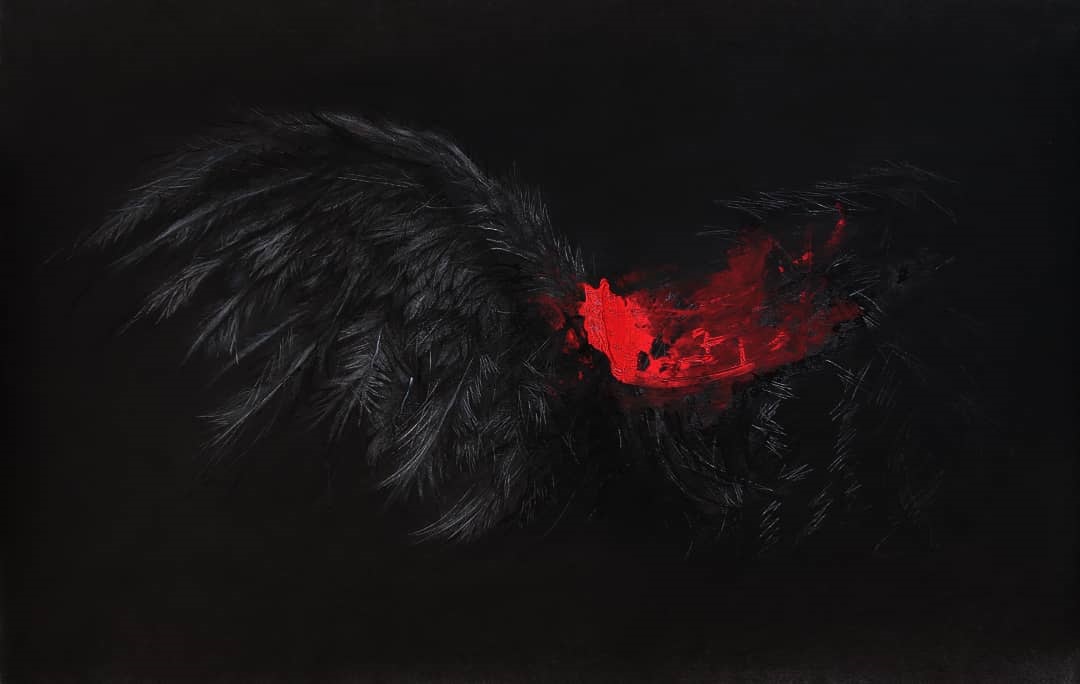 Recent times have witnessed an explosion of art exhibitions, quite a few of which have been wildly curated without any qualified understanding of the

Recent times have witnessed an explosion of art exhibitions, quite a few of which have been wildly curated without any qualified understanding of the parameters of curatorship. Such exhibitions end up being, in essence,  productions with no definite aim other than to be the conduit of the producer’s ideas.  On the other hand, some exhibitions genuinely engage with an intelligible and well-articulated concern, and the Behind The Scenes exhibition seems to effectively carry forth the vision of the artists who initiated the project.

In an exercise of lexical borrowing and transfer, we might focus on what Douglas Berggren calls ‘poetic schemata of inner life’ and ‘the objectivity of poetic textures.’ By poetic schema he understands ‘some visualizable phenomenon, whether actually observable or merely imagined, which serves as a vehicle for expressing something about the inner life of man, or non-spatial reality in general’. If we transfer or apply considerations of schemata and textures to the subject at hand, then it becomes possible to consider anew or differently, the stream of intentionalities  involved in what, at base, is an act of communication.

The group of artists exhibiting  their work are clear about what they have in mind, and what they would like to speak about  are the ‘connotative fullness’ and ‘tensive aliveness’ of being Artists who approach drawing and painting equally as discipline and skill, as would these be their chosen modes of expression. Therefore, we might profit from the logic of attempting to form the two axes of schemata/discipline and texture/skill.  We may, of course, point to a secondary formation of textural reading, ie., in the semiotic sense, an accomplished articulation of aesthetic concerns firmly centered on the making of a fine work of art.

Not surprisingly, some artists proceed in a fairly systematic way of keeping notes and sketchbooks, valuing the learning  acquired by a step-by-step exploration and development of goals, eliciting, in the process, the schemata therein, an ethos, in other words ; and some artists enthusiastically  throw themselves into their work, committing their ideas directly onto the canvas or putting all their energies into whatever they intend to eventually  present to the viewer.

The curators, to their credit, seemed aware of the ‘censorial’ aspects that might have prowled just beneath the surface of each artist practice, the inevitable undercurrents – arguments of addresser and addressee, the doubts and insecurities on the one hand, and on the other, confidence and commitment to spontaneous artistry. However, the overall tone that remains dominant is one resonating with the concerns of a set of young hopefuls riding in tandem with some of their more experienced peers. A number of the ‘sketchbooks’ are bursting with notable work, evidence in itself of continuous labour, and in fact they could be described with being  pregnant with ideas, possibly indicating the potential of the artist’s future careers.